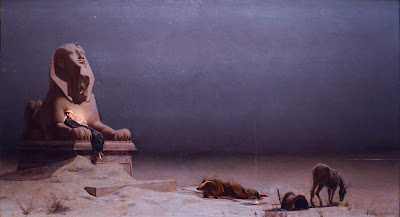 Luc-Olivier Merson's career took the form of an interesting curve, with a very rapid ascent to the heights of the art world, followed immediately by a long, gradual decline that ended with his death in poverty, forgotten by the world. Above is the most famous painting from his time at the top, Rest on the Flight into Egypt (1879), still a staple of museum Christmas cards. 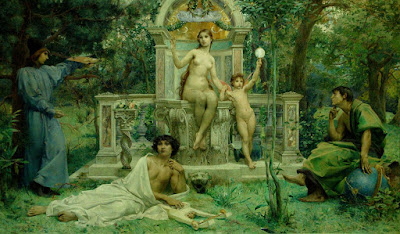 Merson (1846-1920) was born into an artistic family in Paris, son of a painter and critic. He had the youthful career expected of a French artist on the rise: studied at the École des Beaux-Arts, exhibited his first work at the Paris Salon at the age of 20, then won  the Prix de Rome and spent five years in Italy. (Truth, 1901) 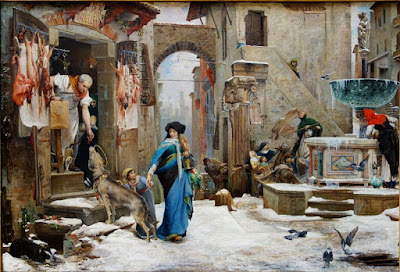 The Wolf of Gubio, 1877. (The wolf terrorized the town until it was tamed by St. Francis, or so the story goes.) 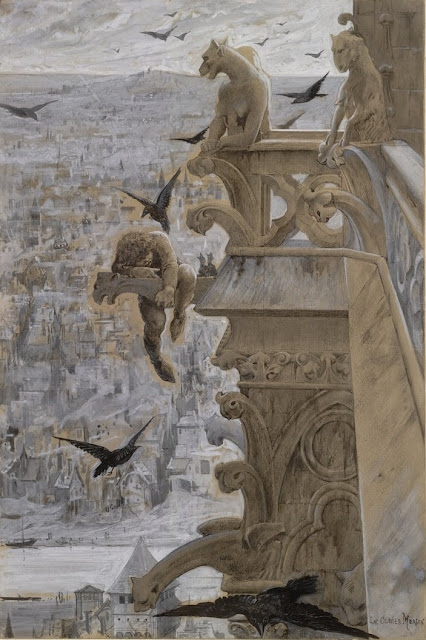 In 1881 he had a great success with this painting, which illustrates a passage from Victor Hugo's Hunchback of Notre Dame:


Sometimes one caught sight, upon a bell tower, of an enormous head and a bundle of disordered limbs swinging furiously at the end of a rope; it was Quasimodo ringing vespers or the Angelus. Often at night a hideous form was seen wandering along the frail balustrade of carved lacework, which crowns the towers and borders the circumference of the apse; again it was the hunchback of Notre-Dame. Then, said the women of the neighbourhood, the whole church took on something fantastic, supernatural, horrible; eyes and mouths were opened, here and there; one heard the dogs, the monsters, and the gargoyles of stone, which keep watch night and day, with outstretched neck and open jaws, around the monstrous cathedral, barking. And, if it was a Christmas Eve, while the great bell, which seemed to emit the death rattle, summoned the faithful to the midnight mass, such an air was spread over the sombre façade that one would have declared that the grand portal was devouring the throng, and that the rose window was watching it. And all this came from Quasimodo. Egypt would have taken him for the god of this temple; the Middle Ages believed him to be its demon: he was in fact its soul. 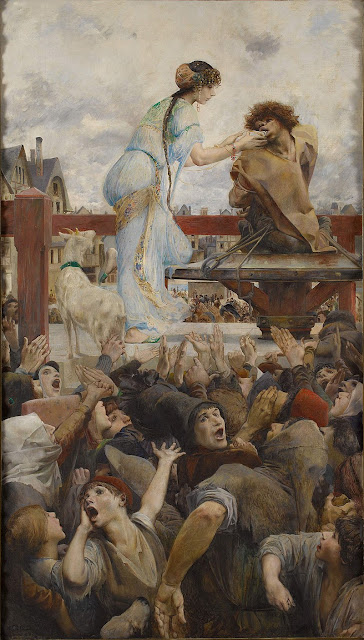 Despite this hit, Merson's career was already on the downslope. Academic painters like him had been pushed out of the limelight by the Impressionists, and he was no longer able to earn a decent living selling paintings. So he turned to other sorts of work: illustration, murals in public buildings, designing stained glass and mosaics. He did several more paintings from The Hunchback and eventually an edition was produced illustrated with his drawings. (Esmerelda giving Quasimodo Water in the Stocks, 1905) 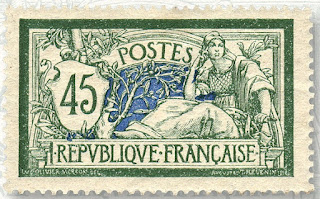 He also designed stamps for the French postal service, and these days he is probably as famous among stamp collectors as among art lovers. 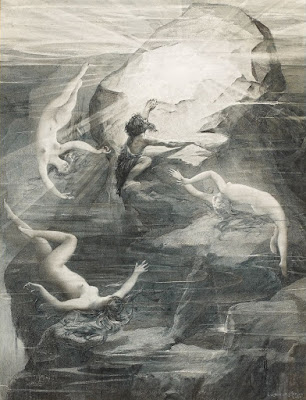 Alberich and the Rhine Maidens, illustration for Wagner's Ring. 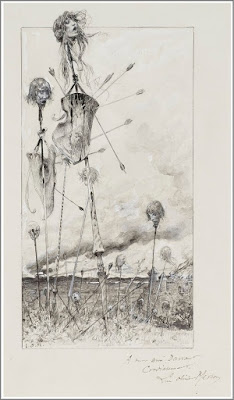 After the Battle, illustration for a book about the French Jacquerie or Peasants' Revolt of 1358.

Procession of Saints, probably a preparatory sketch for a mural. And to close, more of his illustrations to The Hunchback of Notre Dame. 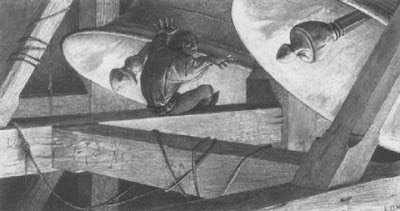 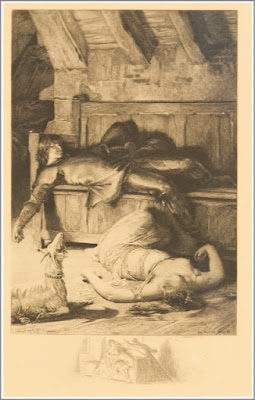 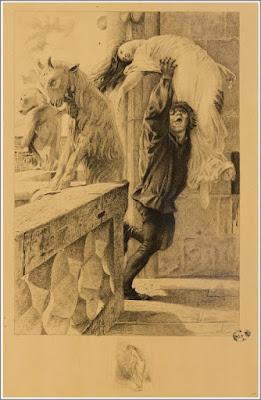 I used the "Rest on the Flight Into Egypt" as our parish Christmas card (I am pastor) two years ago. I have always loved the depiction, especially the grey/blue/grey sky.