A Massacre in the Bow and Arrow Wars 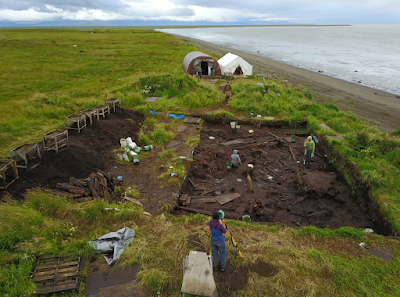 
Archaeologists have uncovered a 350-year-old massacre in Alaska that occurred during a war that may have started over a dart game. The discovery reveals the gruesome ways the people in a town were executed and confirms part of a legend that has been passed down over the centuries by the Yup'ik people.

A recent excavation in the town of Agaligmiut (which today is often called Nunalleq) has uncovered the remains of 28 people who died during the massacre and 60,000 well-preserved artifacts. 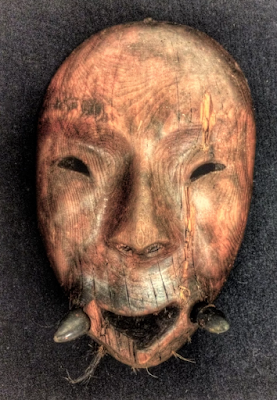 The settlement was burned down, and the top layer was full of arrow points.


Some of the 28 people found "had been tied up with grass rope and executed," said archaeologist Rick Knecht, adding that "they were face down and some of them had holes in the back of their skulls from what looks like a spear or an arrow." When exactly the massacre occurred is not certain, though Knecht said the complex was constructed sometime between A.D. 1590 and 1630. It was destroyed by an attack and fire sometime between 1652 and 1677, he added. 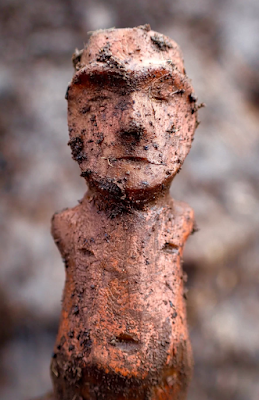 That was during what the Yup'ik call the "Bow and Arrow Wars," a long series of tribal conflicts. The oral tales of that time trace the conflicts back to some original crime, in one version an accident during a dart game when one boy put out another's eye. In others it was a rivalry over a woman. Some historians now think the underlying cause was the Little Ice Age, which made Alaska very cold during the 17th century and may have led to food shortages. Whatever the cause, it is an amazing archaeological site and an amazing find, the latest from a very fruitful cooperation between the tribe and the University of Aberdeen in Scotland.
Posted by John at 12:02 PM