Oratory of Santa Maria in Valle 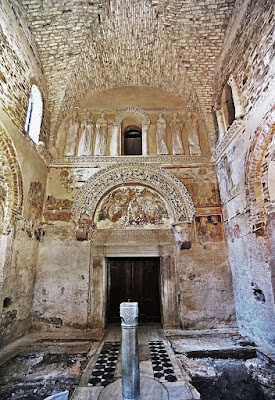 The Oratory of Santa Maria in Valle in Cividale del Friuli, Italy, is the most important architectural survival of the period of Lombard rule. Indeed it is commonly known as the "Lombard Temple." 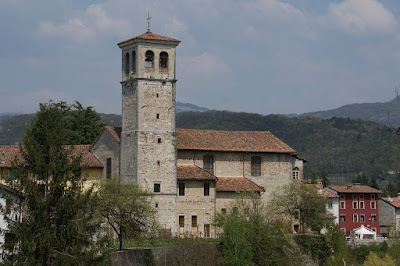 It was built around the middle of the 8th century and was attached to the gastaldia, the palace of the steward who ruled the city. The builders were probably Astolfo, duke of Friuli from 744 to 749 and king of the Lombards from 749 to 756, and his wife Giseltrude. 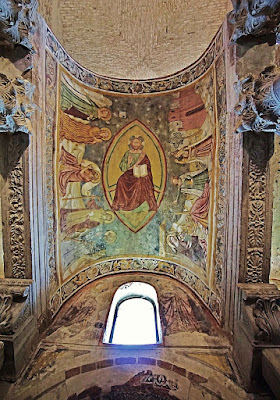 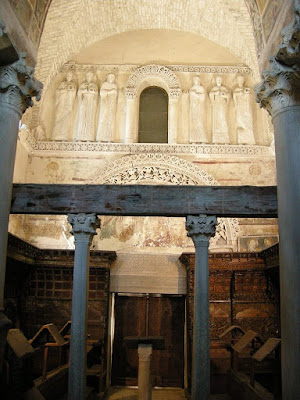 It freely mingles traditional Byzantine forms with strange innovations, and historians consider it transitional between older, Roman/Byzantine architecture and that of the Carolingians. 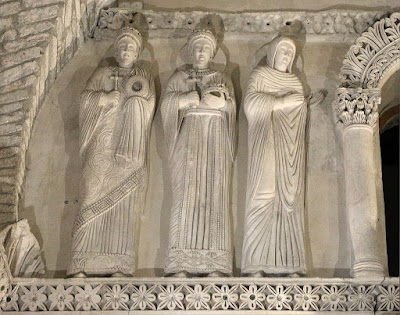 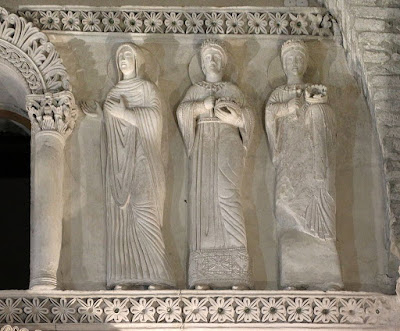 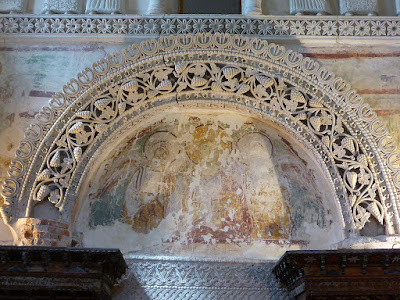 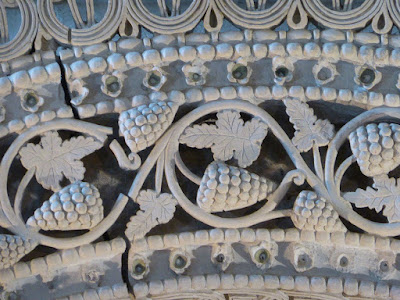 The Lombards ruled Italy from 568-774 and are these days best known for their savage civil wars, but of course as rulers they also did a lot of administering, building, and the like. 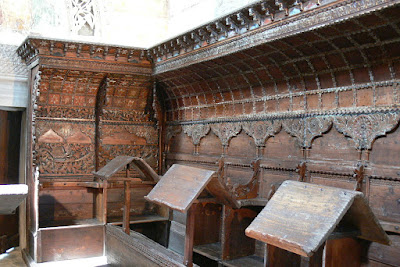 After the Carolingians took over Italy the steward's palace was converted to a nunnery and the chapel passed to their use. They added features like these choir stalls. 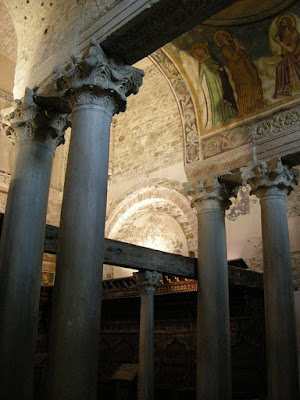 Truly a remarkable survival from a turbulent time.
Posted by John at 7:35 PM

Thank you, I'had never heard about this old jewel. Few temples survive in so good condition from that era.