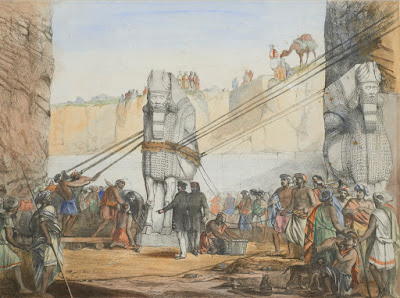 I just learned, from the British Museum's blog, that the publication of Henry Layard's 1849 book on the excavations at Nineveh triggered a mania for all things Assyrian much like the Egyptian mania that followed the opening of King Tut's tomb. 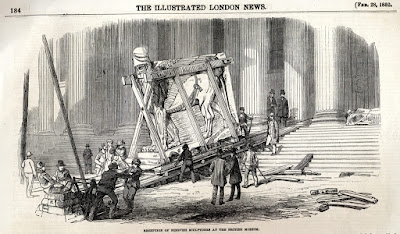 Among other things the public uproar over the publication inspired the government to pay to ship all those very heavy winged bulls to Europe; they had been sitting, crated, in the port of Basra for months. Above, newspaper illustration for the arrival of one of the bulls at the museum, an event covered by all the press. 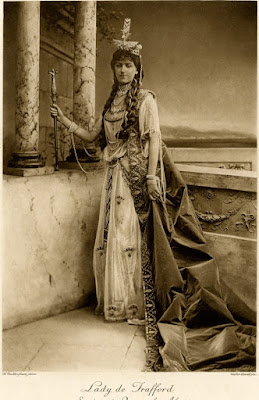 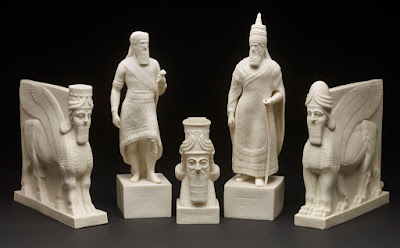 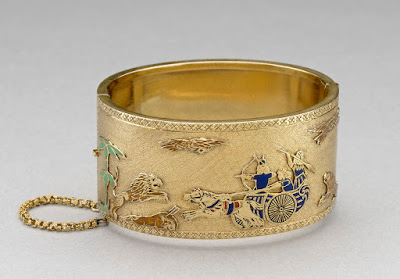 Bracelet decorated with an Assyrian lion hunt. What a wonderful little bit of historical trivia.
Posted by John at 8:54 PM