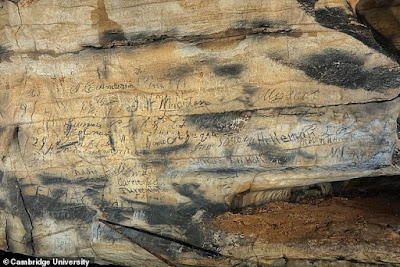 A team of researchers that includes Euro-American professors and Cherokee elders has announced the results of their study of the long-known but never read inscriptions in Manitou Cave, Alabama. The inscriptions are in the Cherokee syllabary developed by Sequoyah, and two of them were signed by Richard Guess, one of Sequoyah's sons. 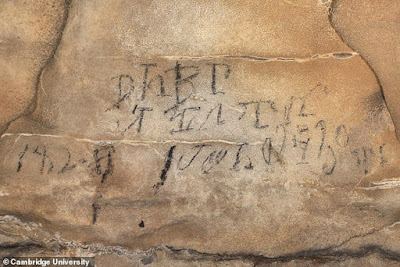 One reason the inscriptions had never been translated is that Sequoyah's script was designed to look much like English writing, so many people thought the Manitou Cave inscriptions were in Latin letters but some kind of code.

The inscriptions relate to ritual events of 1828, including a ball game; one is signed "we are the ones with blood flowing from our noses." (The Cherokee ball game, something like lacrosse, was a rough sport.) 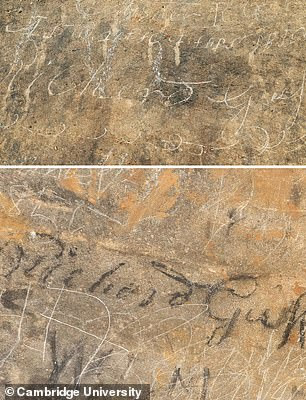 This is my favorite detail:


"The ceiling inscriptions are written backwards, as if addressing readers inside the rock itself," Simek said. "This corresponds with part of one inscription which reads 'I am your grandson.' This is how the Cherokee might formally address the Old Ones, which can include deceased Cherokee ancestors as well as comprise other supernatural beings who inhabited the world before the Cherokee came into existence."

How wonderful that these survive, so that Cherokee and everyone else can see and learn about  this piece of history.
Posted by John at 6:02 PM