A Map of Migrations

Fascinating animated map that shows the movements of populations across western Eurasia beginning in 8,000 BC, based on 1872 individual DNA datasets. I recommend running it with the "cultures" layer turned off; unless you know a lot of obscure archaeological terms this means nothing and even knowing them I found it distracting. 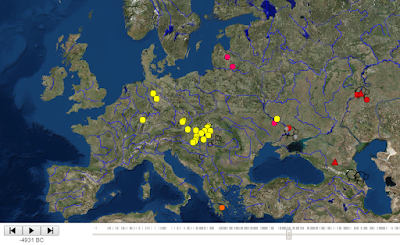 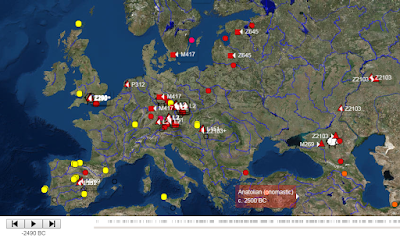 and the massive influx of red "steppe derived" people in central Europe around 2500 BC.

Kind of awesome, although of course it assumes that we can reliably identify Anatolian farmers or migrants from the steppes; I accept those identifications but not everybody does.
Posted by John at 8:22 PM