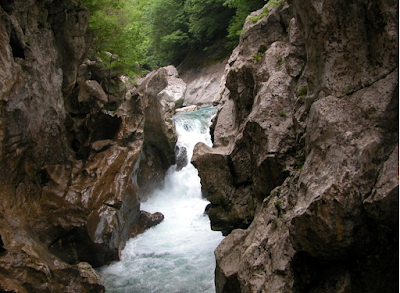 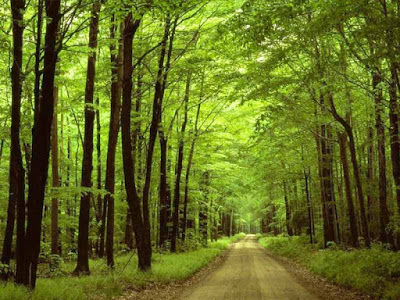 This is the sort of place where you can hike through oak-chestnut forests inhabited by deer, boar, and wolves, 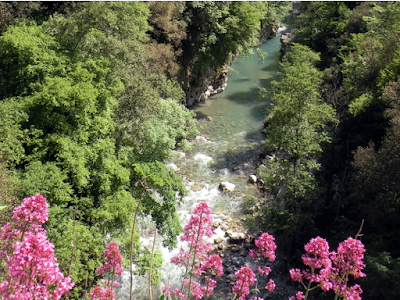 along a river home to Italy's "most thriving population of otters," 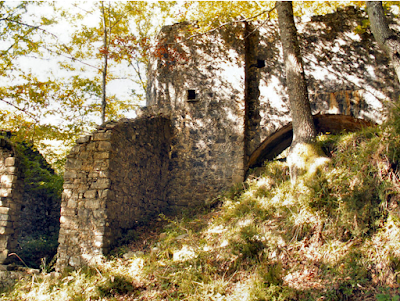 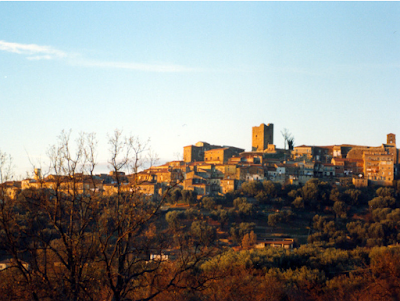 and end up in a magnificent hill town like Nova Velia 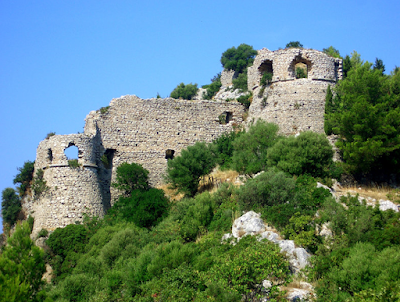 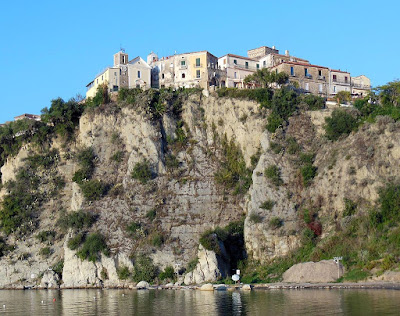 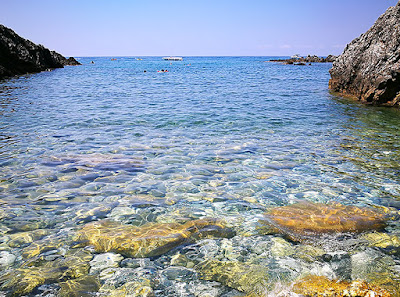 There are amazing cliffs and coves along the coast, 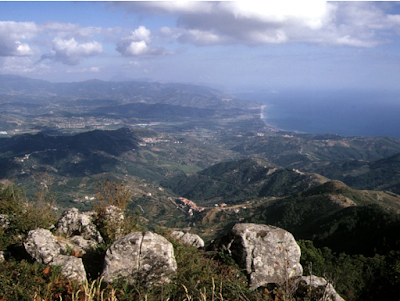 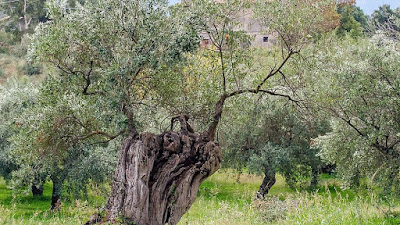 ancient olive and lemon groves (you can adopt a historic olive tree), 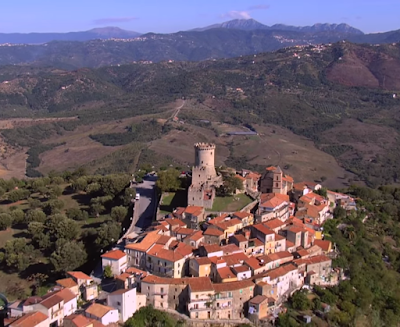 and many fabulous towns. It seems like a place where I could spend many delightful days. 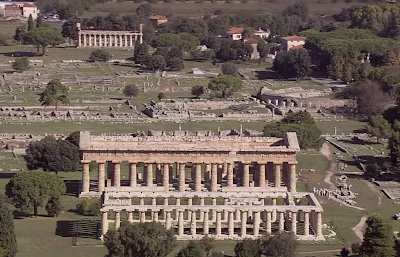 And that's before you even get to the two most famous sites. This is Paestum with its amazing Greek temples, built between 550 and 450 BC and dedicated to (front to back) Hera, Poseidon, and Athena. The temple of Poseidon is often said to be the best preserved of all Greek temples, and that it sits side-by-side with two others makes this a true place of wonder. 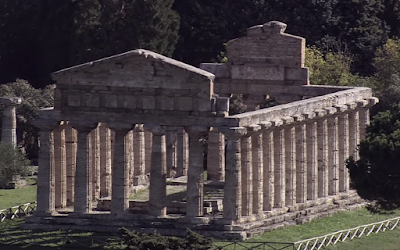 The amazing preservation of the temples owes something to the complete disappearance of the town. During the war between Justinian and the Goths, or sometime around then, the town was abandoned, and the canals that had kept its fields dry silted up, turning the place into a fetid malarial swamp. Dense growth of trees and brush hid the ruins from marble thieves until late in the eighteenth century when a road was cut nearby, and really the site got little attention until the twentieth century. Plus in modern times this has just been too far off the beaten path to attract any sort of development. 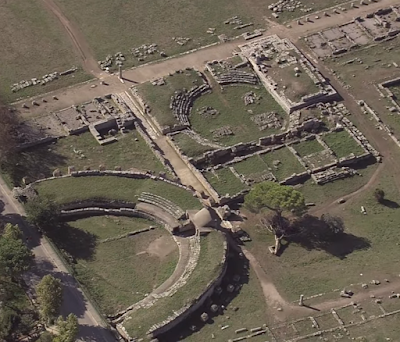 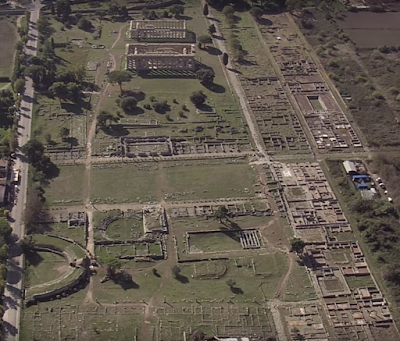 So if you can get there you can visit without being crowded by hordes of other tourists. 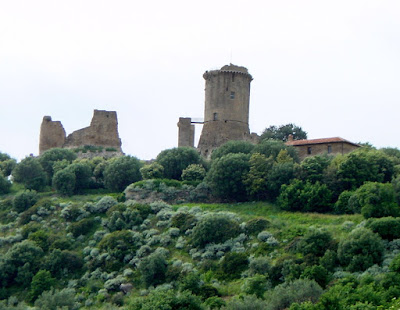 And then there is Velia, as the Romans called the old Greek settlement of Elea. This was once a great center of Greek culture, home to the philosophers Parmenides and Zeno (of the paradoxes). Because Velia was inhabited through medieval times the ancient buildings were demolished to erect churches and this splendid tower. 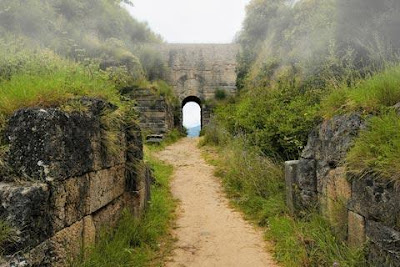 The most prominent remnant of ancient times is the walls. 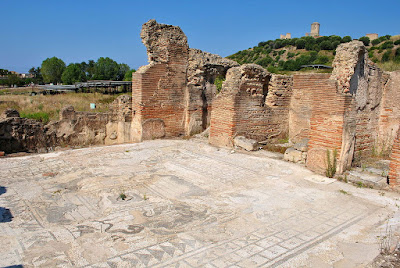 But much has been exposed by archaeology. 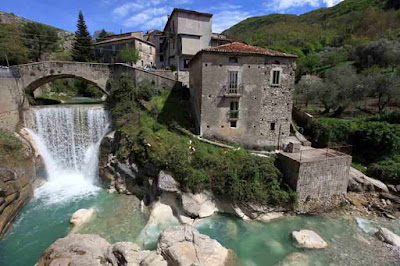 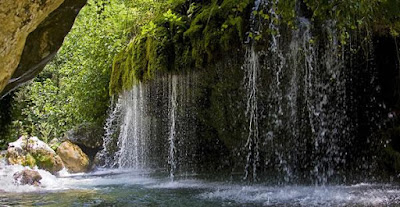 So cast your mind toward Cilento, where nature mingles with history and otters sport among the ruins. It's close enough to Naples that you can get there without much trouble, but far enough away to escape the crush of humanity at Pompeii and Amalfi. 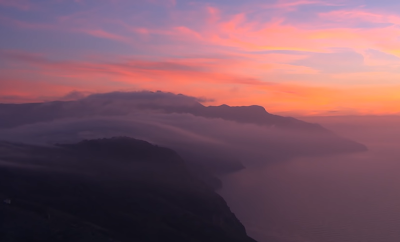