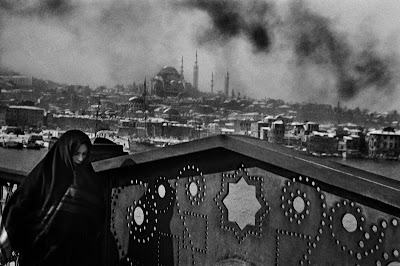 The Times has an appreciation of Turkish photographer Ara Guler by Orhan Pamuk, with a nice sample of his famous pictures of Istanbul. The Suleymaniye Mosque in winter, seen from the Galata Bridge, 1955 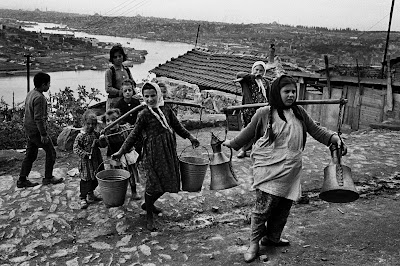 My thought about Guler's work is that it is very good, but in a very conventional way; I have seen photographs very similar to these of Paris, London, Rome, Athens, and many other cities. This seems to have been a common style and subject matter in the mid 20th century. Carrying water, 1965. 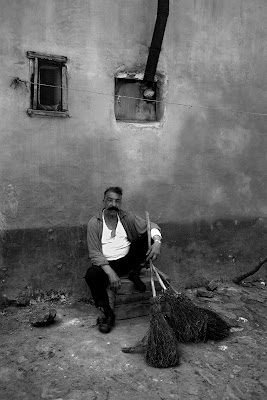 The search for the city's "character" is at the forefront; we see people in every picture, preferably ordinary people doing everyday things, and best if they have some traditional, half forgotten profession.  Gypsy broom seller, 1969. 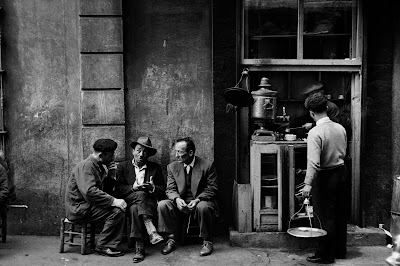 Guler himself accused Pamuk of only liking his work because it reminded him of the Istanbul of his youth. A coffee bar in a Beyoglu arcade, 1958. 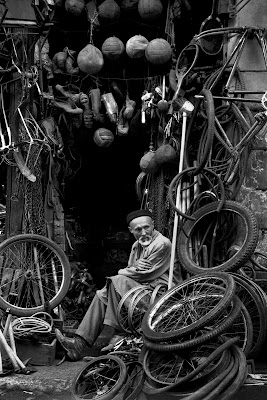 One might say that these images were a shared language Europeans used to speak about the cities they loved, and the things they loved about them. A merchant in the bazaar, 1959. 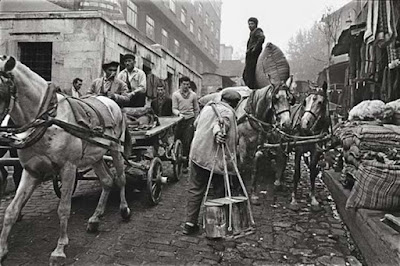 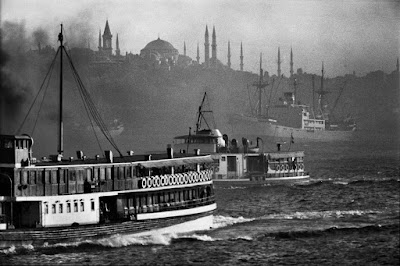 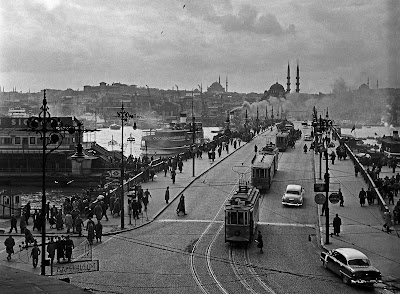