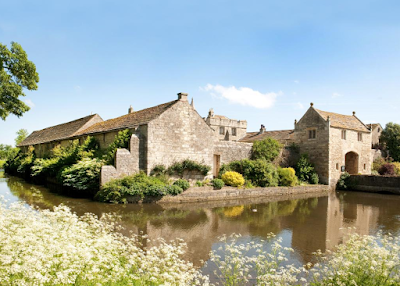 Markenfield Hall is a fourteenth-century manor house in the West Riding of Yorkshire, not far from Fountains Abbey. 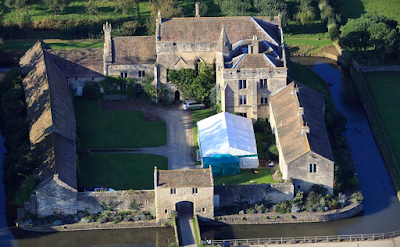 Archaeology suggests that the oldest stonework in the castle dates to the mid 1200s. But the main episode of buiding took place in the 1310s when the manor belonged to John de Markenfield, a canon of Ripon Cathedral and a high official under Edward II. Markenfield obtained the necessary royal license to fortify ("crenellate") his house in 1310. 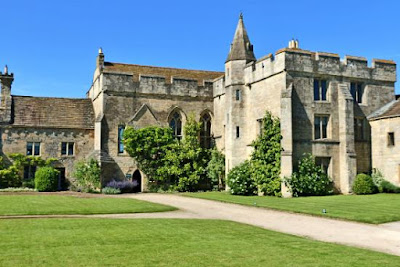 The Markenfields remained an important family of the borders for 250 years; a Markenfield fought for Richard III at Bosworth Field and another for Henry V at Agincourt. 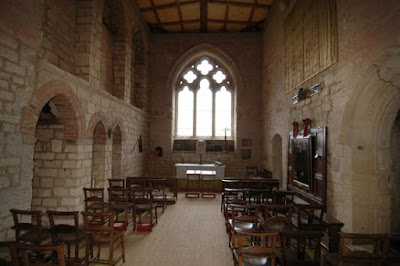 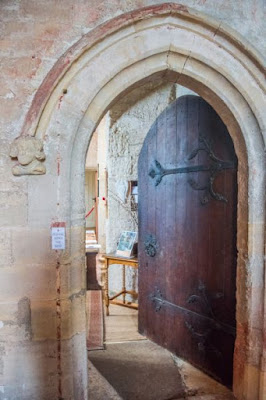 The Markenfields finally fell in the sixteenth century because of their devotion to Catholicism. They joined the Pilgrimage of Grace, a Catholic rebellion against Henry VIII in 1536. One of the leaders was Robert Aske, brother-in law to the Sir Thomas Markenfield of the time. Henry suppressed the revolt and Aske lost his head at Clifford's Tower in York, but the Markenfields survived. 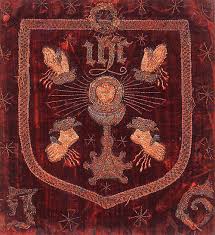 They did not learn the lesson, however. Displayed in the Markenfield chapel is a replica of a famous relic, a banner bearing the Five Wounds of Christ, which in the sixteenth century had become a Catholic symbol. On 20 November 1569 a crowd of northern Catholics gathered in the courtyard of Markenfield, heard mass, and then, flying the five wounds banner, set out for London to cast down Elizabeth and place Mary Queen of Scots on the throne in her stead. This revolt was simply called The Rising. It, too, was defeated, and this time Sir Thomas de Markenfield fled the country with a price on his head. The estate was seized for High Treason and granted to one of Elizabeth's favorites, Thomas Egerton, Master of the Rolls. 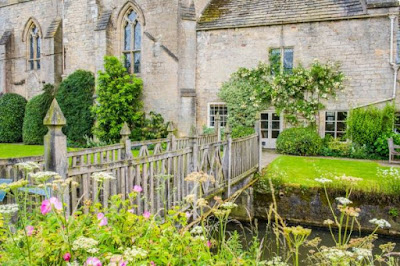 Egerton never lived at Markenfield, and for the next two hundred years the manor was leased to tenants. In 1761 Fletcher Norton, 1st Baron Grantley bought the house, replaced the roof of the Great Hall and generally put the place in order again. 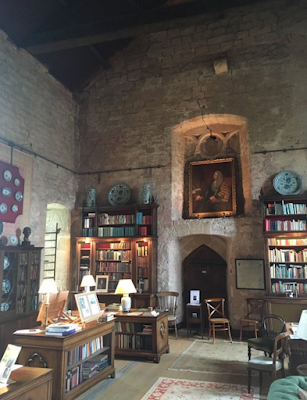 The house has descended through the family to the 7th Baron Grantley, who began a restoration and modernization project in 1980. Today the house still belongs to the family but it is open to the public for two months a year. 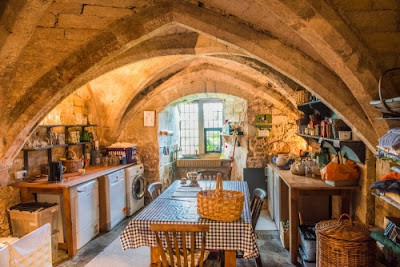 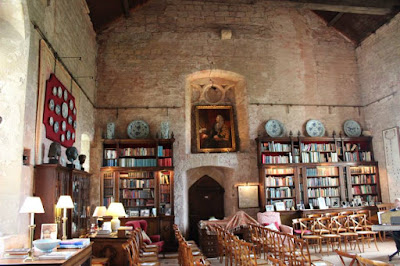 It is also advertised as a wedding venue under the name of Moated Medieval Manor House Markenfield Hall. 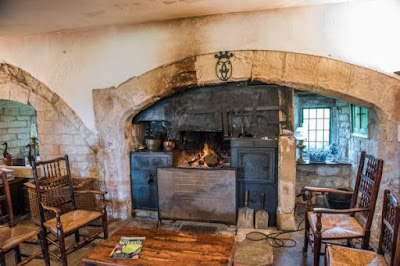 What a remarkable place, and to think that despite being an expert of sorts on the reign of Edward II I never heard of it until today. 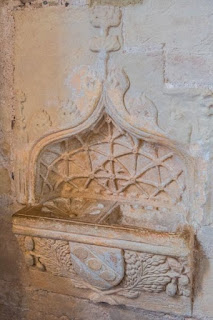 Remarkable indeed. That's among the most glorious of English heritage, probably the area north of Leeds from West to East is the most pristine, genuine England. Precious Whitby included.