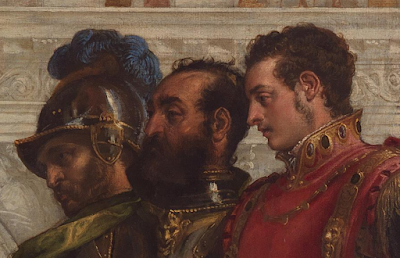 Paolo Veronese (1528-1588) was born in Verona as Paolo Spezaprada, after his father's profession as a stonecutter. He signed his first paintings with the name Paolo Caliara, taking the name of the nobleman who was his mother's father, in an illegitimate liaison. Once he was established in Venice he was called Veronese to distinguish him from all the other Paolos running around the city.

Veronese was apprenticed to a painter in Verona when he was 13, and to another more successful painter three years later; I wonder if his aristocratic grandfather paid for this? Connoisseurs like to find bits in frescoes by Veronese's two masters that look too good to be their own work and assign these to their young apprentice, but I'm always dubious of that sort of thing. The two images above are details from The Family of Darius before Alexander, 1566; I'm going to be showing mostly details here because many of Veronese's works are so big and complex they just won't display properly on a screen. 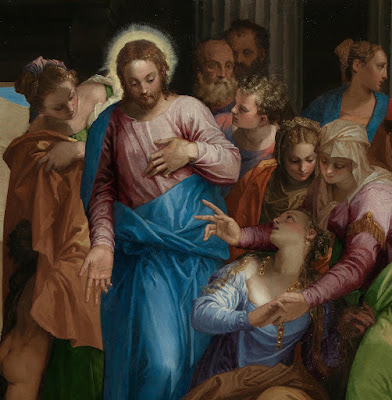 Detail from one of Veronese's earliest paintings done on his own, The Conversion of Mary Magdalene, 1548. Not bad for a 20-year old. Veronese won a contest judged by Titian, who thereafter promoted Veronese's work, and he was soon getting important commissions. The power and wealth of Venice was then at a peak, which was reflected in great building and rebuilding campaigns across the city, so there was a lot of work to do. I already wrote here about Veronese's most famous painting, The Wedding at Cana, 1562–1563, which Napoleon stole and put in the Louvre, so I will feature other things. 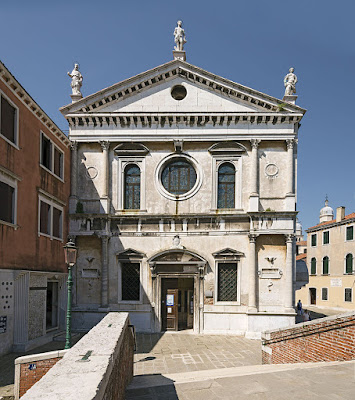 Some of Veronese's most famous work is in Venice's Church of Saint Sebastian, which was enlarged between 1506 and 1562 according to plans drawn up by the architect Antonio Abbondi. 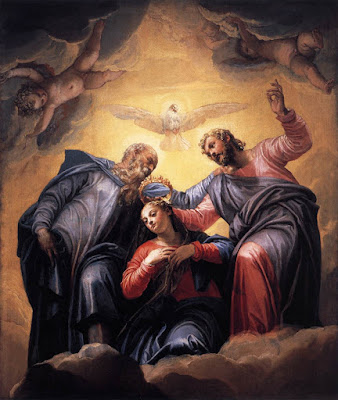 One of them is The Coronation of the Virgin, painted some time in the 1550s.

Some of the surfaces are tilted at odd angles, but Veronese made the most of them. St. Mark, 1566. 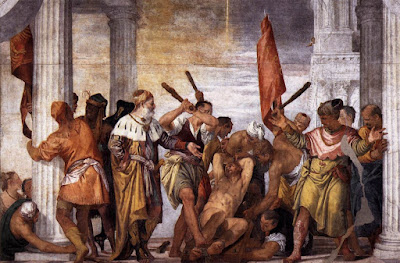 The Martyrdom of  St. Sebastian, 1566. I like this one partly because most martyrdom scenes are so stylized and surreal; here some worthy is just ordering his thugs to beat the annoying Christian to death. 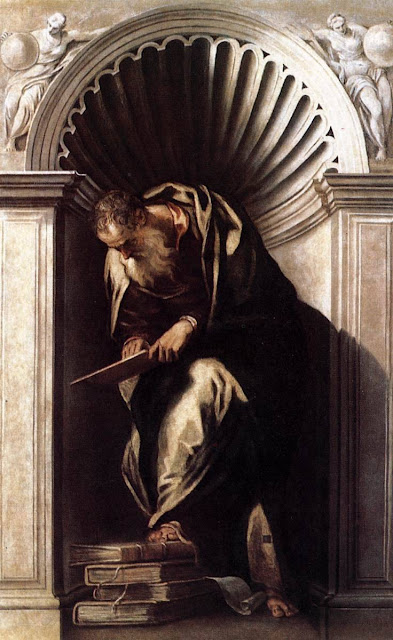 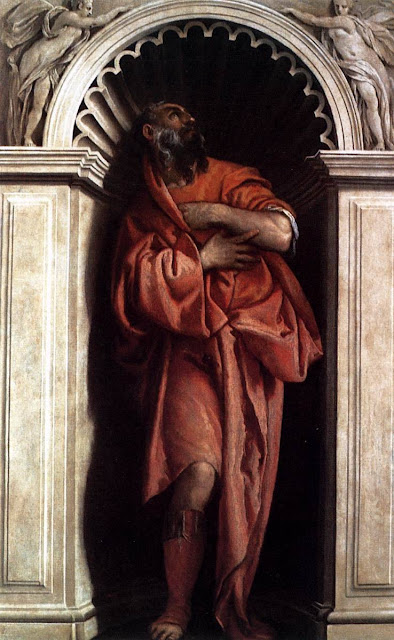 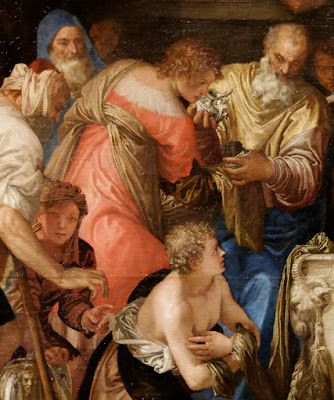 Moving on to other work, here is a detail from The Anointing of David, 1555. Veronese has always divided the critics. Some see him as one of the greatest painters ever; others as good enough but in no way the equal of Venice's other great masters, Titian and Tintoretto. Personally I find a whole room full of these overwhelming, but detail by detail they are full of wonders. 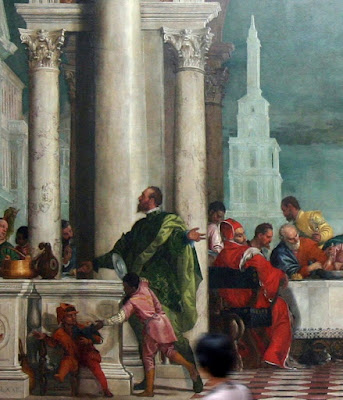 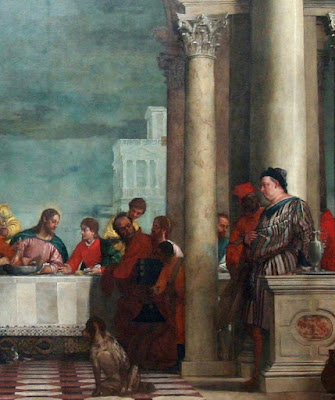 The Feast in the House of Levi and details. This was originally going to be a Last Supper but the inquisition was nosing around Venice at the time and they brought Veronese in to quiz him about all the extraneous figures. He is supposed to have responded, “we painters take the same liberties as poets and madmen.” The Inquisitors found nothing heretical in Veronese's beliefs but demanded that he change the name of the painting. 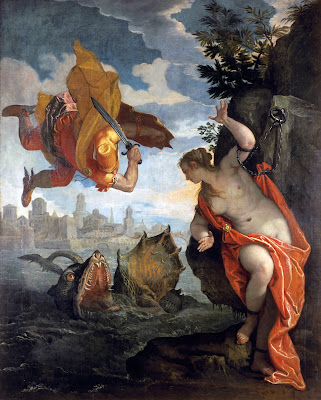 Juno Showering Riches on Venice, 1566, in the Doge's Palace. Somebody certainly showered Venice with riches, including astonishing riches of art.
Posted by John at 8:00 PM