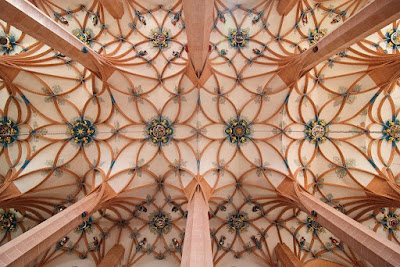 St. Anne's Church in Annaberg-Buchholz, Saxony, Germany, was built for miners, dedicated to their patron saint, and paid for with the silver they dug from the ground. The church eventually gave its name both to the town and to the mountain against which it was built. 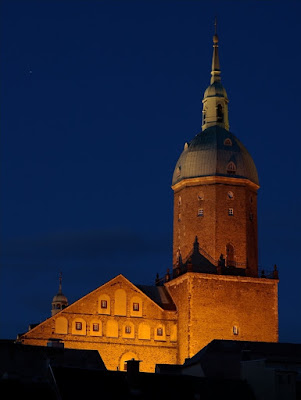 In 1496, an extraordinary vein of silver was discovered on the lands of the Duke of Saxony. To staff the mines he built a whole new town, laid out by the humanist Ulrich Rülein von Calw. Rülein was a real Renaissance man; not only did he live in the actual Renaissance, he was a mathematician, surveyor, urban planner, mining engineer, Latin stylist, astrologer, and physician. Rülein's plan set aside the most prominent site in the town for a large church. 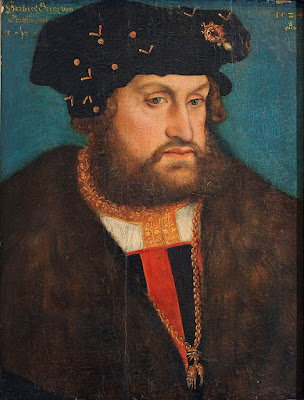 The patron, Duke George the Bearded, by Lucas Caranch the Elder. Besides paying for the church the Duke donated a large collection of relics, some associated with St. Anne, to put the church on the medieval map. 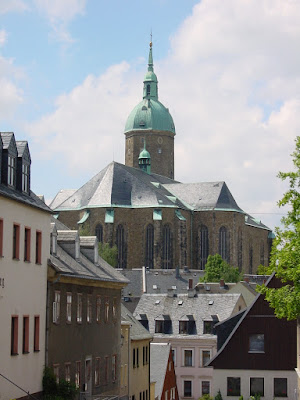 The cornerstone of the church was laid in 1499 and it was completed by 1525. Its construction seems to be remarkably well documented; German wikipedia lists all the master builders who directed the works and notes that a temporary wooden church was built on the same site for the miners to worship in until the stone version was habitable. 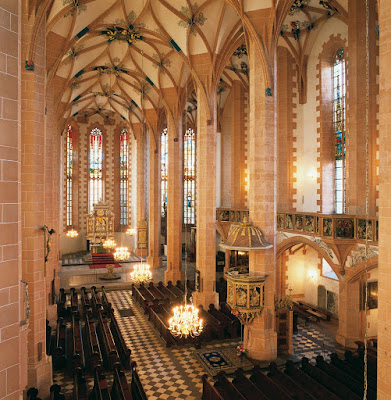 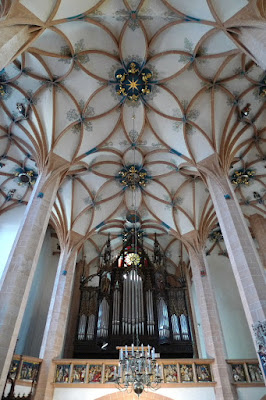 The ceiling that is its crowning glory, and the only part you are likely to see on Tumblr, was built by Jacob Haylmann in the 1510s. The wonderful colors are the result of a recent restoration, which involved scraping off six layers of paint to get down to the sixteenth-century colors so that they could be recreated. 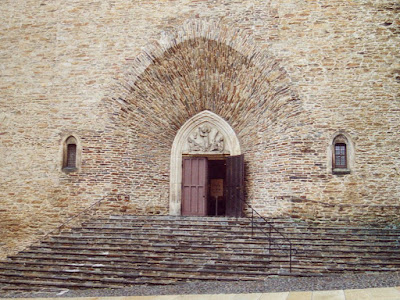 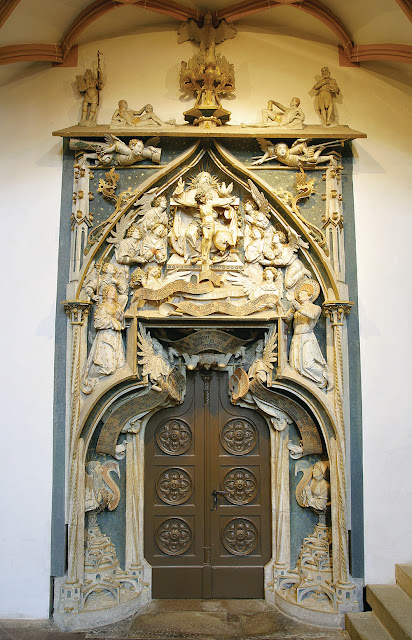 But if that isn't to your taste, the church also has another portal known as "the Beautiful Door," originally installed in a Franciscan friary and moved to St. Anne's when Saxony converted to Protestantism and the monasteries were closed. 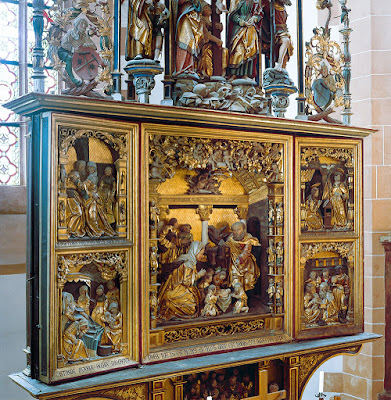 The church has multiple altars; this one of painted wood dates to around 1522. 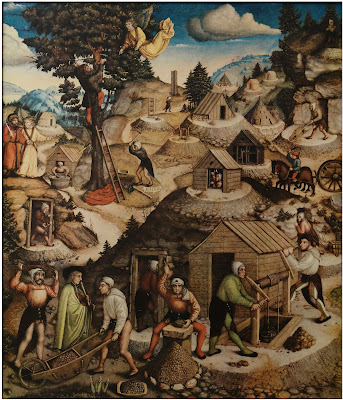 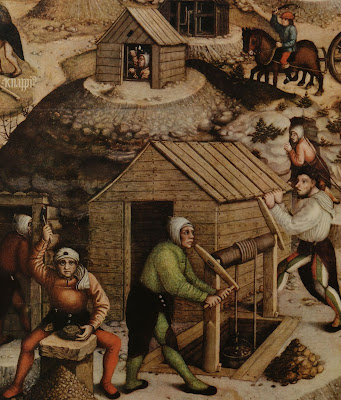 More famous is the Miners' Altar, paid for by their guild in 1521. The paintings mostly show relatively realistic depictions of sixteenth-century mining. This is the central panel, showing the mines. 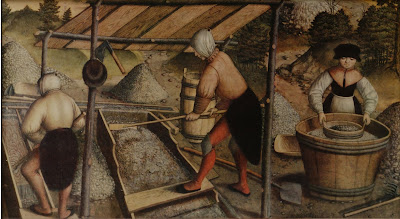 The lower panel, showing the washing of the ore, work often done by women. 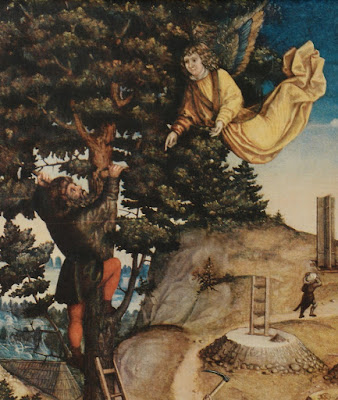 One of the few spiritual touches is this angel, who is said to have guided miner Daniel Knappe to this ore bank. It appeared to him in a dream and told him to search out a certain great tree to find a great treasure. He found the tree and climbed into the branches, only to be confronted by the same angel who told him to climb down and "search the roots." He had only dug a short way when he stumbled on the silver vein. 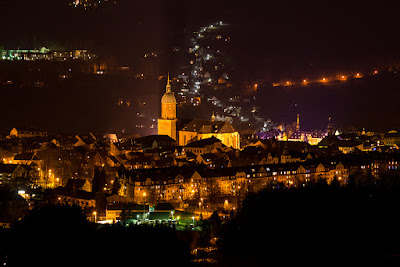 The altar is a remarkable document, and the church is a fascinating link to the world of the mining folk, who labored in horribly dangerous conditions to provide Europe's metals.
Posted by John at 8:39 PM

Awesome, amazing. I didn't know that, the town and the church, I must visit someday. A rare beauty, thank you.