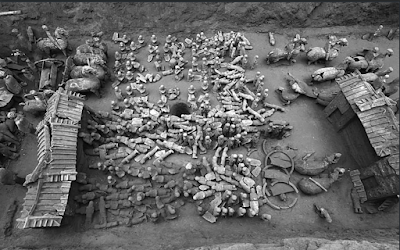 Chinese archaeologists recently excavated a tomb from around 100 BC that contained a mini version of the Qin Shi Huang's terracotta army. 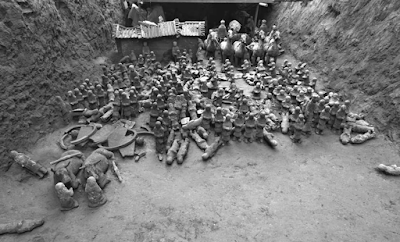 The tomb is believed to be that of Liu Hong, a prince of Qi, a  son of Emperor Wu (reign 141–87 B.C.) who died young. The tomb is near the city of Linzi in Shandong Province. 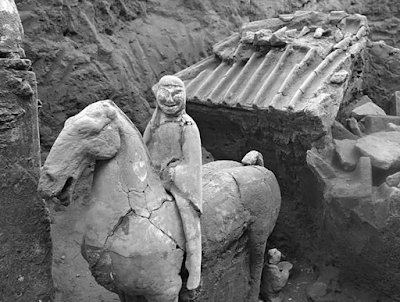 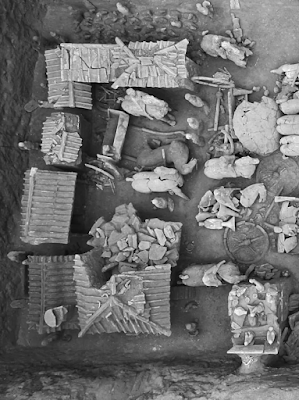 Sadly my source does not say how big the figurines are, but the tallest model watchtower is 140 cm, or 4 feet 7 inches, so perhaps about a foot. 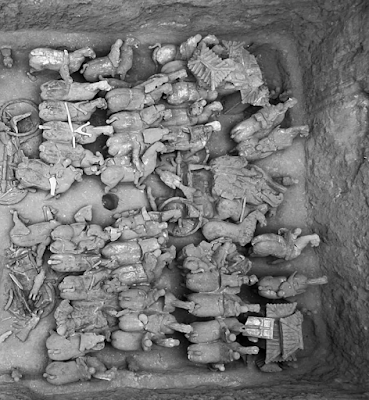