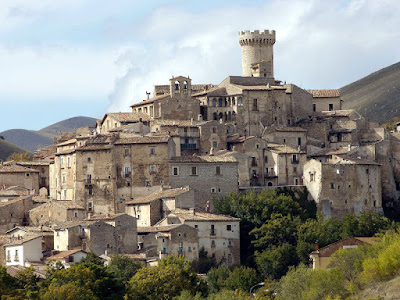 All across rural Italy, thousands of towns are dying. According to the government, more than a thousand once-thriving communities have fewer than 100 residents left, and an even great number do not hold a single child. This is driven by several forces, most importantly the ongoing flight of young people to big cities where they can get jobs, and Italy's collapsing birth rate. The nation set another record in 2016 with an all time low of 474,00 births, 134,000 less than the number of deaths. Overall fertility is about 1.34 per woman. 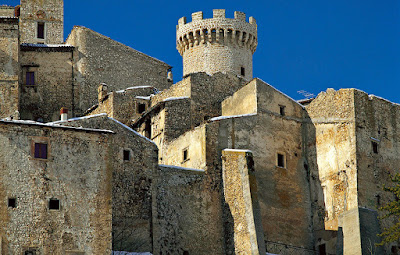 The shrinking rural population had led to a variety of schemes to save these towns, or at least the most picturesque of them. Some have come from the national government or the EU, others from local governments or business interests. 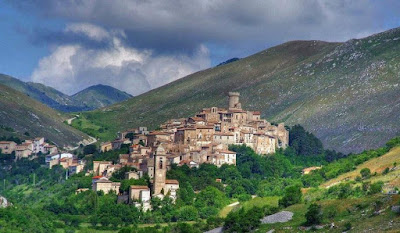 Several towns have opened their doors to migrants, hoping that an influx of new residents will transform their fortunes. Notable among these are Sutera in Sicily, and Riace in Calabria; Riace's population had fallen from 2,500 to 800 before it made a point of welcoming migrants, and now it has 1,500 residents and its mayor has appeared on lists of the world's most important leaders. 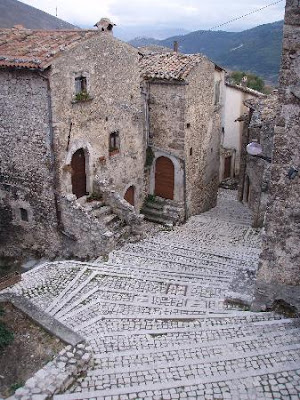 Santo Stefano di Sessanio in Abruzzo represents another model. By the 1990s the town had lost more than 80 percent of its population; only around 100 remained. The town had once been a center for agriculture and wool production, modestly famous for its woven wool blankets and other goods, but these industries had collapsed and the young people had mostly moved away. Despite its splendid location and iconic tower, built by its former Medici overlords, few tourists came. 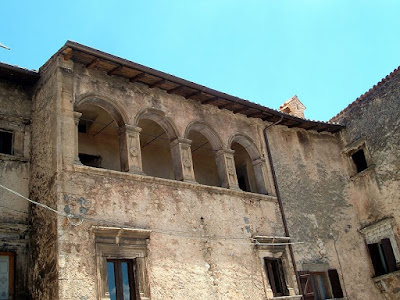 Then in 1998 Daniele Kihlgren, the ‘‘renegade scion of an Italian concrete fortune,’’ happened to ride through on a solo motorcycle trip. He was captivated by the place and resolved to save it. Kihlgren bought a house, then several more. He made a deal with the local authorities: if they would ban new construction within the walls and impose a strict historic preservation ordinance, he would invest 4.5 million Euros in fixing up the town.


Although semi-abandoned, its medieval character and architecture were completely intact — unruined, ironically, by concrete, the material Kihlgren is the first to acknowledge has disgraced so much of Italy. How, he wondered, might places of such distinct and exquisite beauty be revitalized without wrecking their historic identity? And how might their local traditions, from food to domestic handicrafts, be organically preserved? ‘‘We can’t compete with China in mass production, and we can’t compete in technology,’’ Kihlgren says, ‘‘but we have what no one else in the world has,’’ which is the beauty of these villages and the cultural history of its people, the stuff he calls Italy’s minor patrimony. ‘‘And if we don’t ruin it, it can be what saves southern Italy.’’ 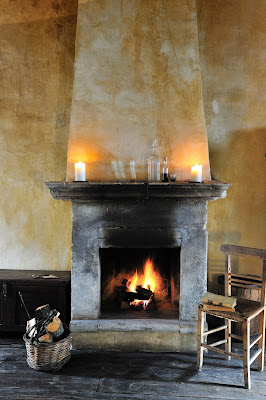 Santo Stefano is only two hours from Rome, and Kihlgren's plan was to recreate it as a mecca for weekend tourists:


Kihlgren began buying up many of the empty buildings, perhaps a quarter of the town, and proceeded to create one of the most novel forms of hospitality anywhere, an albergo diffuso (scattered hotel) called Sextantio. The ‘‘rooms’’ of the hotel are in ancient buildings all over town, and are served by one central reception area, allowing guests to be immersed in the community. Just as important, it is invisible, respecting the historic shape of the town and its architectural integrity. 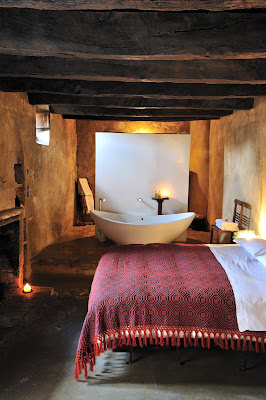 Sextantio has been a great success, and it has led to the creation of other businesses: cafes, restaurants, shops, galleries, 20 bed & breakfasts. Kihlgren has equipped each bed in Sextantio with a Santo Stefano blanket, as in the picture above, and between this and sales to visitors there has been a small revival of that trade. 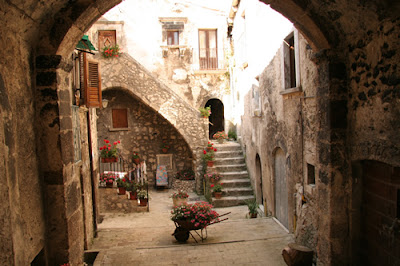 The 2009 L'Aquila earthquake hit the town hard, collapsing its prized Medici tower and much of its 17th-century church. But it has rebuilt, and Kihlgren says that last year his investment returned a profit for the first time. 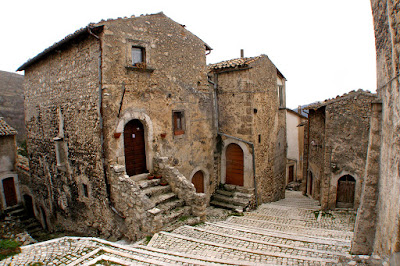 I suppose this is one good thing about the vast growth of private fortunes in our new gilded age; we now have hundreds of billionaires who can do things like rebuild whole historic towns on a whim. I wish we didn't have to depend on them to carry through projects like this, but bless Daniele Kihlgren for investing so much in this amazing place. 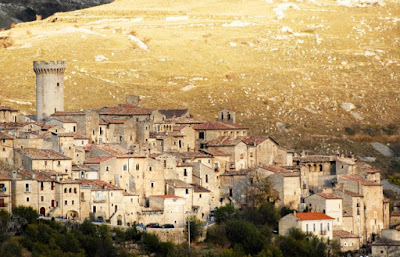 In the longer term, the world's refugee “crisis” may play an even bigger part in preserving the historical treasures of Europe. As the mayor of Riace put it, “There were people without a house here, and there were houses without people here. It's simple.” In Sutera one resident remembered how many people had left Sicily for new homes in America and elsewhere: “We’re simply doing what others elsewhere have done for us.” 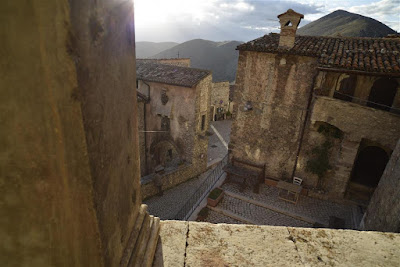 The influx of hundreds of thousands from Africa and the Middle East will certainly change rural Italy. But many Italians are deciding that for their society to change is better than having it disappear completely. Tourists can save some places, like Santo Stefano di Dessanio, but they can't save everywhere.
Posted by John at 2:38 PM