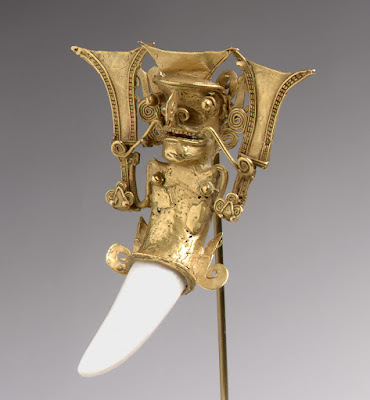 The Indians of Panama and the adjacent parts of Colombia and Costa Rica made exquisite gold jewelry and other ornaments using the lost wax process. This is described by the Met as a Bat-Nosed Figure Pendant, Parita Culture, 12th–14th century CE. 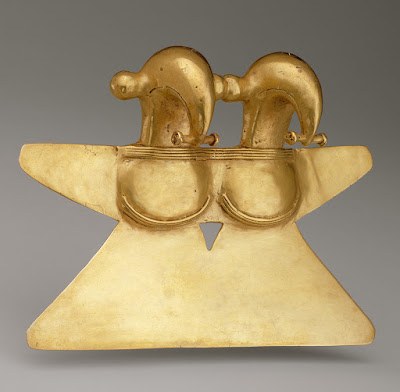 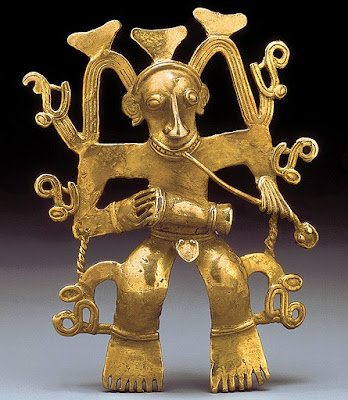 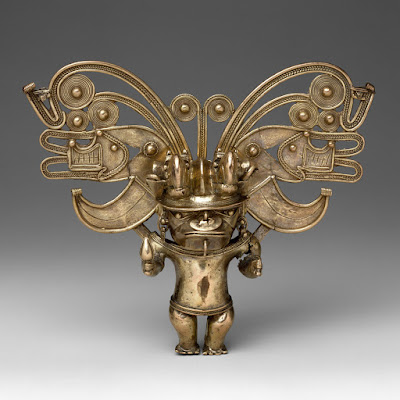 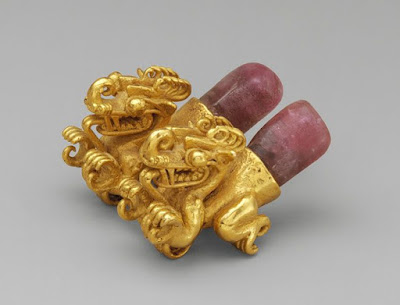 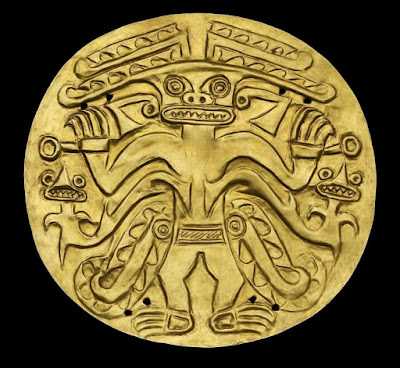 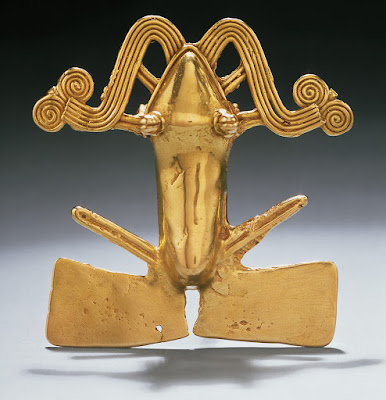 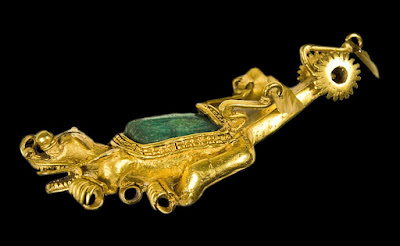 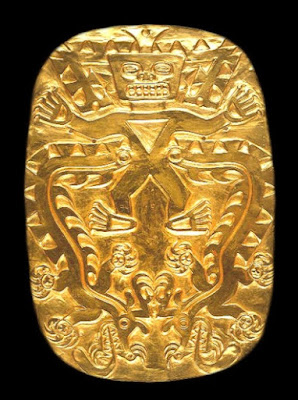 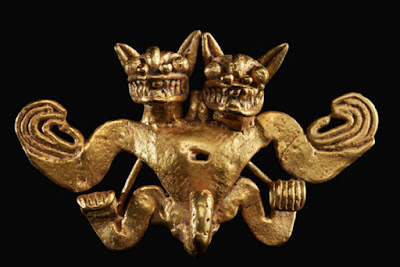 And one more from Sitio Conte, a two-headed bat. 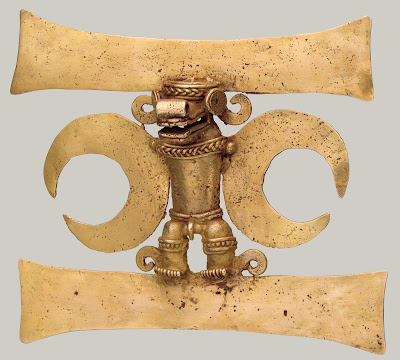 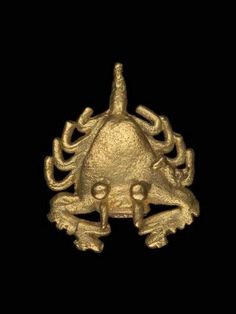 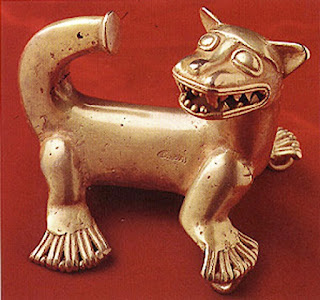 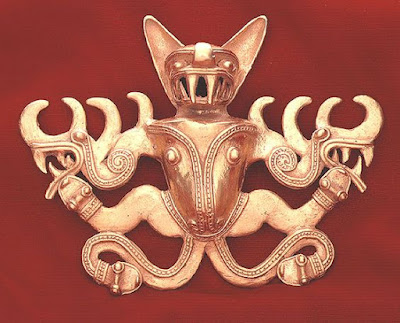 And a bat from an unknown site in Colombia.
Posted by John at 9:32 PM