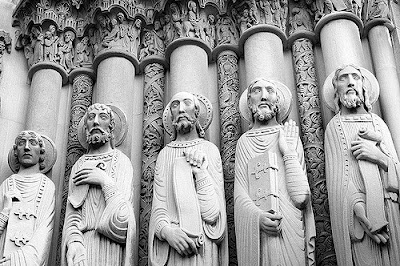 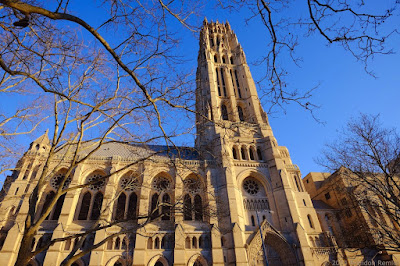 It opened in 1930. It was a project of John D. Rockefeller Jr. and minister Harry Emerson Fosdick. 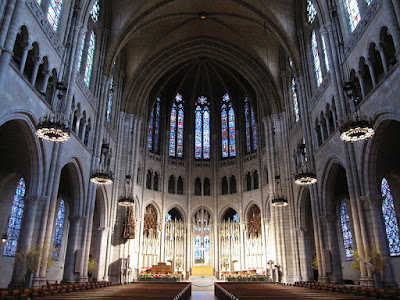 It was intended from its inception to be interdenominational. It was also intended to be very much active in the world. 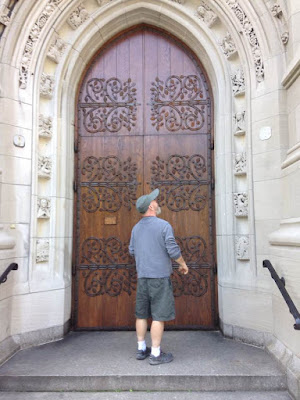 And it has been; It was described by The New York Times as "a stronghold of activism and political debate throughout its 75-year history ... influential on the nation's religious and political landscapes." 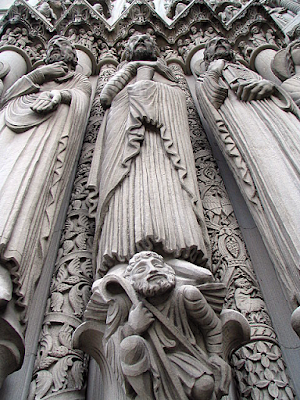 In particular it was long involved in the Civil Rights movement, and gave its pulpit to Martin Luther King and many other politically active preachers. 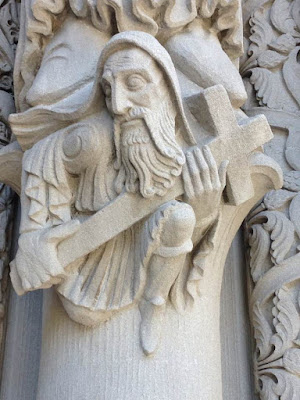 And I just love these sculptures. 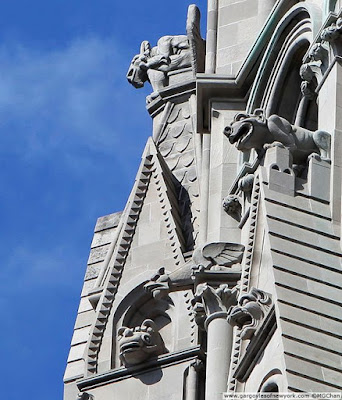 They are much like medieval Gothic work; but not exactly; there is enough of the 1930s about them to make them instantly recognizable as modern creations. 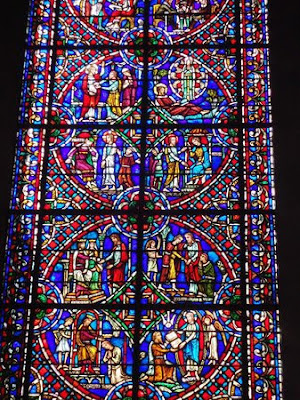 The church contains other art as well, such as a full suite of stained-glass windows and several lovely paintings. 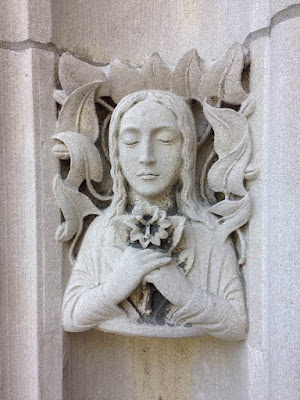 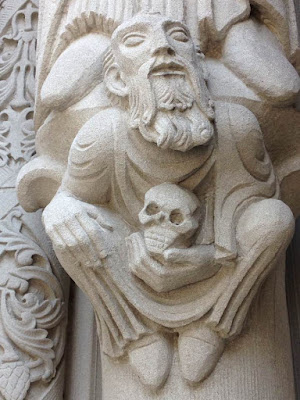 But it is these stones that amaze me. 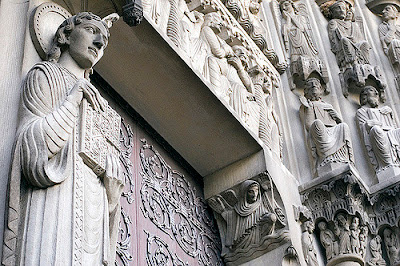