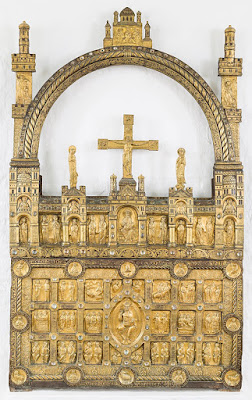 This medieval golden altar has recently been removed from Sahl Church in northwestern Denmark for study and restoration.

Sahl Church was built around 1150, a very solid Romanesque construction much like those of contemporary Germany. 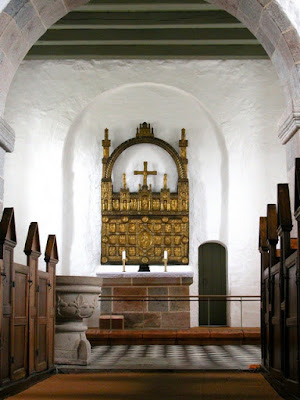 The age of the altar is not precisely known; likely late medieval. It is made of gold leaf pressed over wood. These were once common in Denmark but most were destroyed during the Reformation. 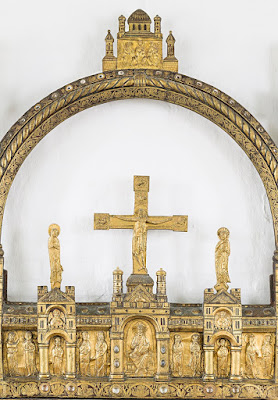 The altar has been restored multiple times, most recently in the 1930s; by then most of the crystals had fallen off, and they were replaced. 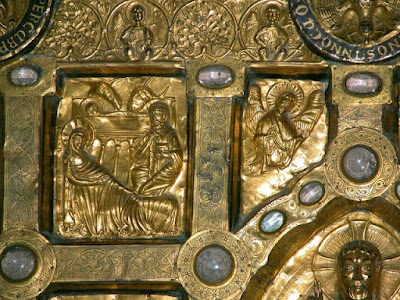 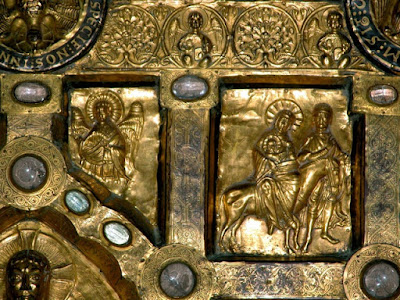 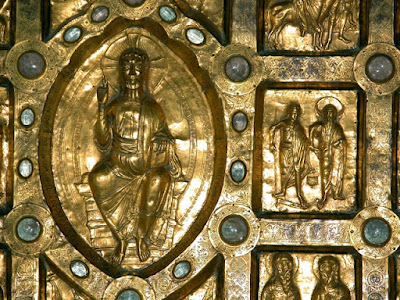 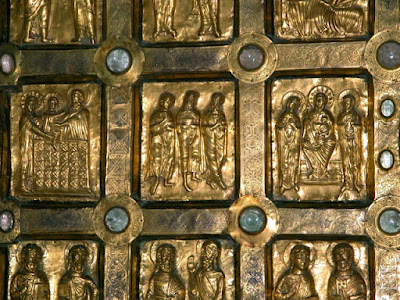 Details. The History Blog has a 19 mb photograph if you really want a close look. 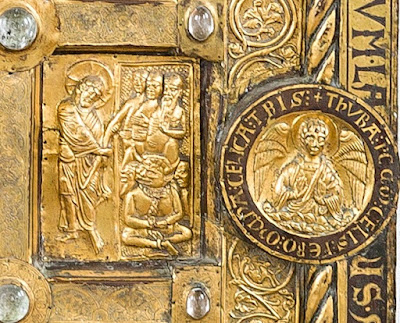