Iona off Scotland's west coast was long known as the "Holy Island," seat of monks and bishops, burial place of kings. The founder of Iona's monastery was St. Columba, who landed on the island in 563 and died in 597. The monks of Iona revered Columba and preserved all his relics with great care. Including his wooden hut, which was maintained for centuries on a hill known as the Torr an Aba or "the mound of the abbot". 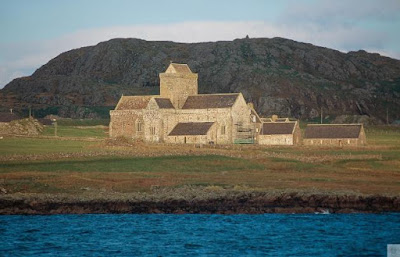 In the 1950s archaeologists excavated on top of the hill and found traces of a medieval wattle and daub hut. They also found charcoal, which thankfully they did not send to be dated with the crude radiocarbon methods of the time. Instead it ended up in match boxes in the garage of the excavator, Charles Thomas, from which it was just unearthed. (As I like to say, there is a great deal of important archaeology to be done in old collections in places like museum basements and Cornish garages.) 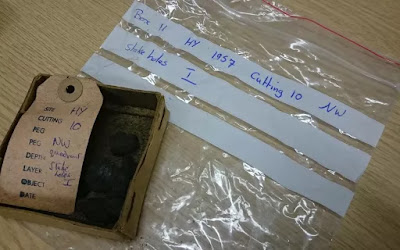 The charcoal has now been dated, and the result calibrates to 560 to 640 AD, an excellent match for the hut to be Columba's own. It's great to be reminded that some oral traditions are true, and that lore can be maintained for centuries by communities with strong links to their past.
Posted by John at 9:55 PM