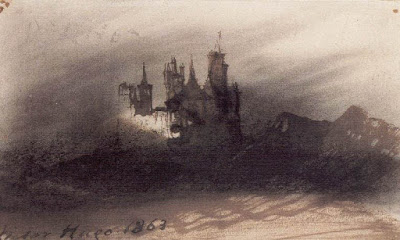 I just recently discovered Victor Hugo's drawings, which I love. In fact I like them much better than his novels; the only thing he wrote that really wows me is the description of medieval Paris that serves as the introduction to The Hunchback of Notre Dame, one of the best pieces of historical writing I know. But anyway these drawings are amazing. 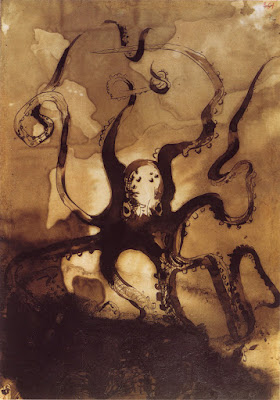 From an interesting little article in the Paris Review:


Victor Hugo wrote poetry, novels, and drama—more than enough for any mortal—but he also made some four thousand drawings over the course of his life. He was an adept draftsman, even an experimental one: he sometimes drew with his nondominant hand or when looking away from the page. If pen and ink were not available, he had recourse to soot, coal dust, and coffee grounds. He didn’t publish his drawings for fear they would distract from his projects as a writer. 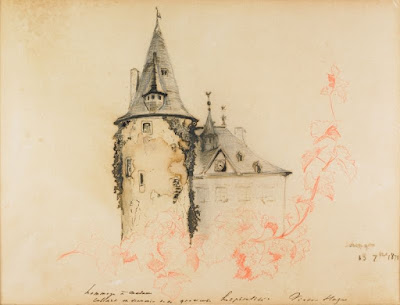 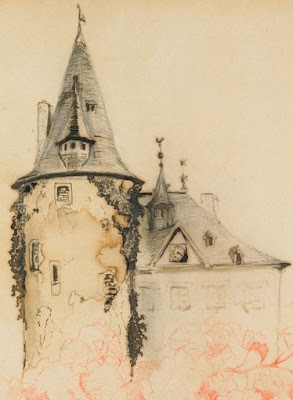 As one might expect, Hugo had a particular fascination with two themes: castles and places of judgment and execution. (Castle of Schengen) 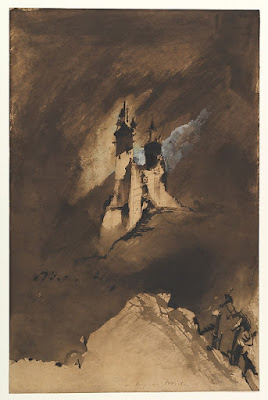 Souvenir of a Castle in the Vosges, 1857 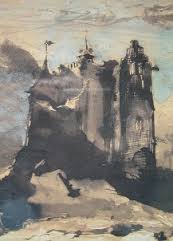 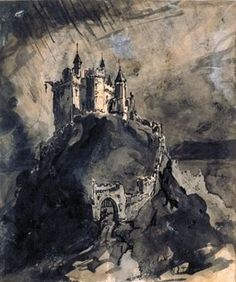 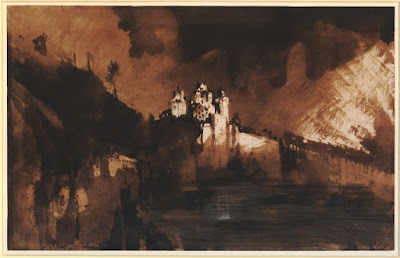 I have found several of Hugo's castle drawings online with minimal information and small files, but anyway they give one an idea of his talent and interests. 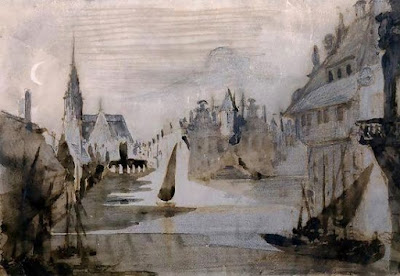 
Once paper, pen, and inkwell have been brought to the table, [he] sits down and—without making a preliminary sketch, without any apparent preconception—sets about drawing with an extraordinarily sure hand: not the landscape as a whole, but any old detail. He will begin his forest with the branch of a tree, his town with a gable, his gable with a weathervane, and little by little, the entire composition will emerge from the blank paper with the precision and clarity of a photographic negative subjected to the chemical preparation that brings out the picture. That done, the draftsman will ask for a cup and will finish off his landscape with a light shower of black coffee. The result is an unexpected and powerful drawing that is often strange, always personal, and recalls the etchings of Rembrandt and Piranesi.

(A port in Flanders) 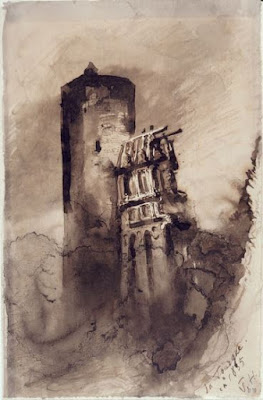 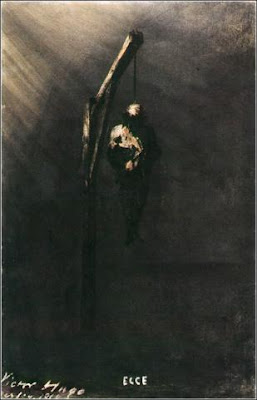 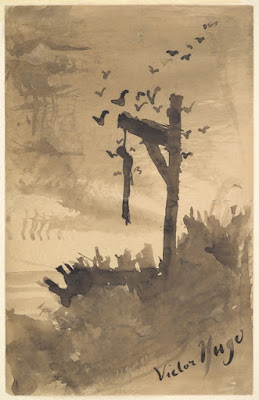 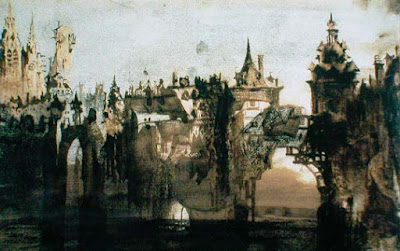 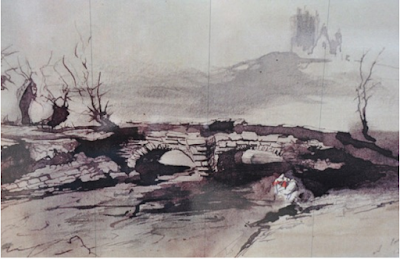 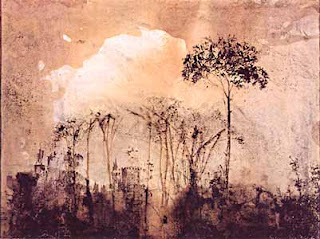 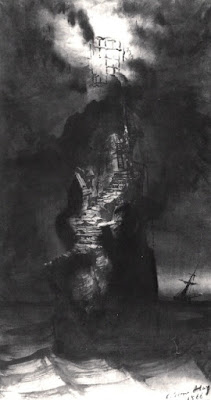 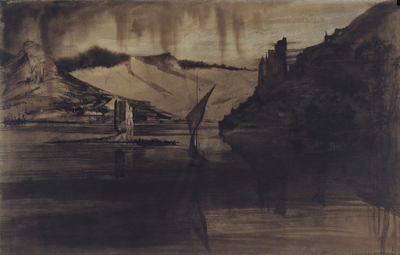 Tour des Rats, 1840. So many wonders. The place to see these is at the Maisons Victor Hugo in Paris, which is often described as the most interesting small museum in the city. 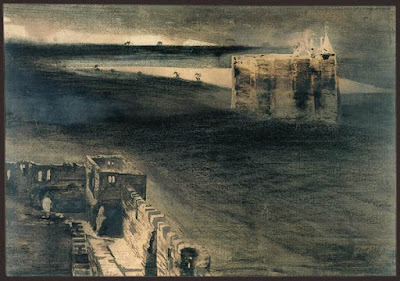