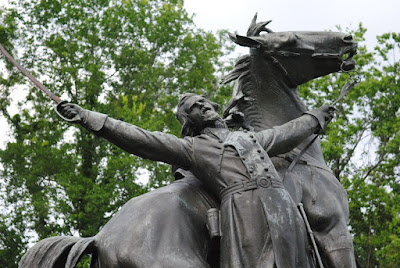 Statue of Confederate Brigadier General Lloyd Tilghman on the Champion Hill battlefield in Mississippi. Tilghman's brigade was the Confederate rear guard, assigned to keep open the only bridge over which their defeated forces could retreat west toward Vicksburg. But since the Union forces were under Grant, not some namby-pamby eastern general, they attacked Tilghman's force, killed him, routed his brigade, and brought the bridge under artillery fire when only about 3/4 of the Confederates had been able to cross. The rest turned away to the south, and though most were eventually rallied they were out of the campaign for good. Anyway I like this statue, one of the better works I know of in the heroic sacrifice vein. 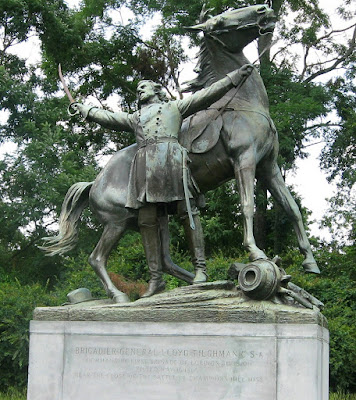