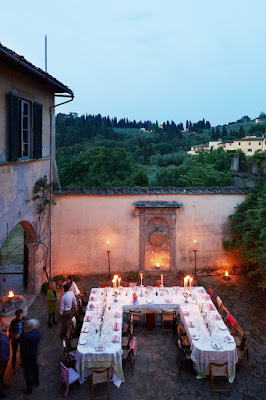 Fiona Corsini di San Giuliano is a contemporary Florentine aristocrat; her husband's grandfather founded Ferragamo. She has lately created a fabulous modern villa, and the Times has a description and slide show. 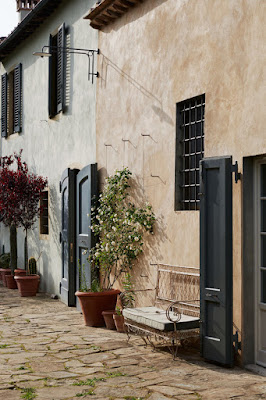 
The owners of the 15-acre property, an active farm since the Middle Ages on a hill near Forte di Belvedere and the glorious Boboli Gardens, were an elderly couple. Their dream was to find buyers who would allow them to stay on in the 16th-century villa until the end of their days. The spot had a stellar artistic pedigree: Ottone Rosai, the Futurist painter, had his studio on the property, and in 1878 Tchaikovsky had lived a few doors down while he worked on his first orchestral suite.

The idea of sharing the villa seemed complicated, Corsini di San Giuliano recalls. “With five children and a sixth one on its way, and with my twin sister, Nencia, who regularly comes to visit with her five, space was an everyday necessity. One we could not postpone.” But before she could utter the word “no,” her eyes wandered across the olive groves and orchards to the remains of a group of Renaissance-era farm buildings at the edge of the property. Buried beneath decades of decay and dirt was a series of simple ancient structures just waiting to be salvaged and filled with children. For someone like Corsini di San Giuliano, whose circle of friends includes painters, craftspeople and decorators with tastes that run — even in this most classical of cities — toward the early 20th century Arts and Crafts movement, the undertaking seemed made-to-measure. 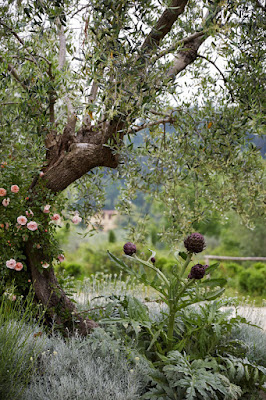 An artichoke in the garden. 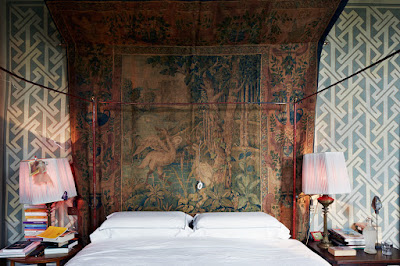 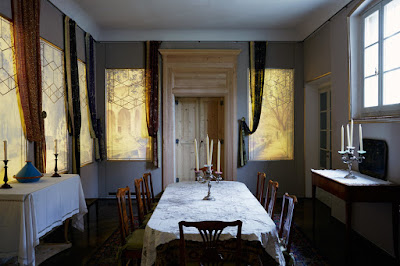 The dining room. Lots more at the link.
Posted by John at 7:06 AM