Pergamon and the Hellenistic World 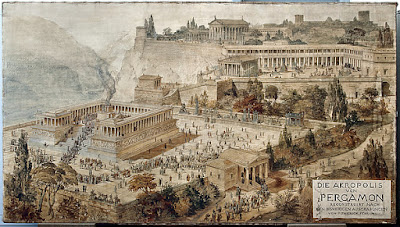 Pergamon – now Bergama, Turkey – was one of the great cities of the Hellenistic world. It was an ancient place, but it was of no particular note until it became the capital of the Attalid Dynasty in 281 BCE. The Attalids were one of those Hellenitic dynasties that sprang from Alexander the Great's generals, like the Ptolemy's and the Seleucids. They were of no great importance until they chose to ally themselves with the rising power of Rome.

In the second century BCE, enriched and strengthened by the Roman alliance, the Attalids made their capital into an imposing showplace of classical architecture and art. Above, panoramas of the acropolis as it exists today, and as it might have looked in 129 BCE. 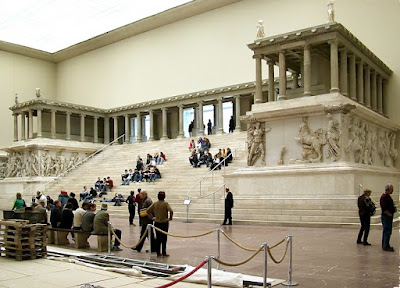 Pergamon was excavated by German archaeologists between 1878 and 1886. Their most famous discovery was the great altar, which they disassembled and took back to Berlin, where it still resides. This was built by King Eumenes II after some notable victory – which one is disputed – perhaps in 184 or 166 BCE. 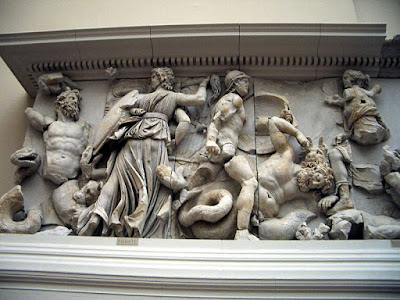 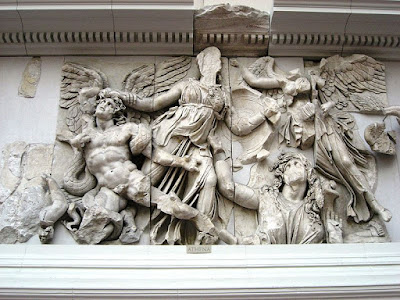 Sculptures from the altar. The friezes mostly depict battles between gods and giants. 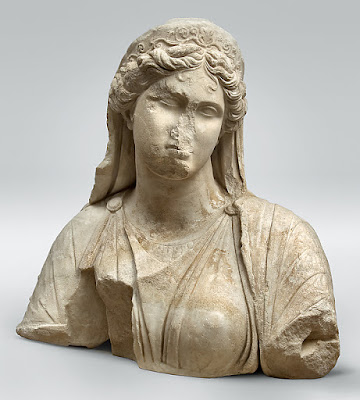 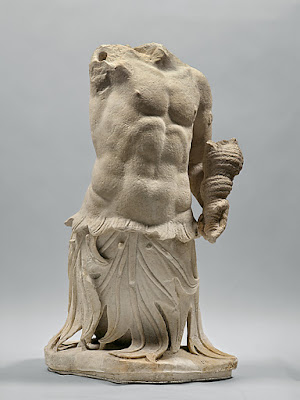 Right now the Metropolitan Museum is hosting a major exhibit on Pergamon and the Hellenistic Kingdoms, which includes some of the sculptures from Berlin. These are some of the pieces on display. 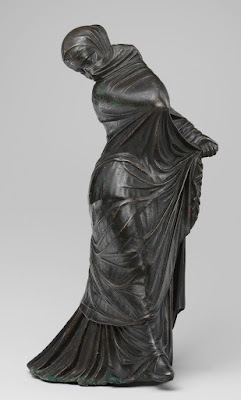 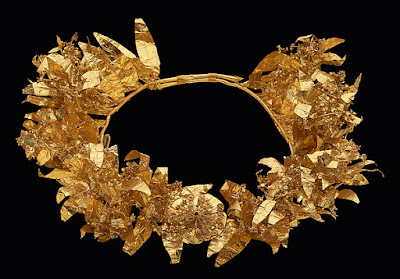 The "Hellenistic Kingdoms" bit gives the curators license to include stuff that has nothing to do with Pergamon, like gold wreaths and this famous figurine of a veiled dancer. 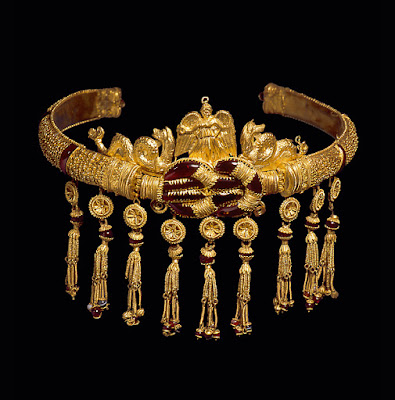 Here's an amazing item, a gold diadem from Kerch on the Crimean Bosporus. More of the amazing Graeco-Scythian art from that kingdom here. 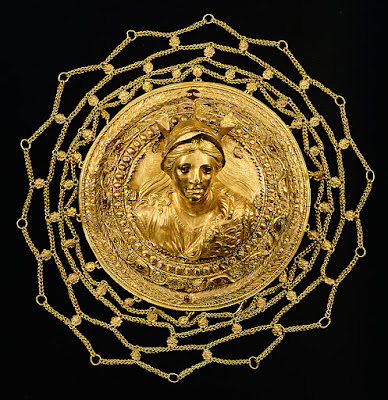 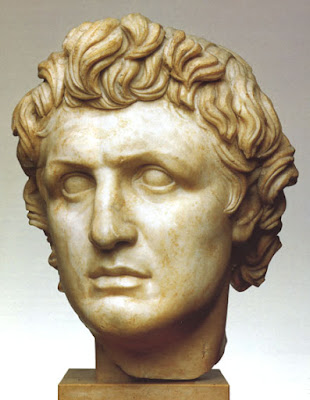 I have always been fascinated by the Hellenistic world, because of the boundless curiosity and far-ranging cosmopolitanism of its intellectuals; one of my several unwritten novels is set in Hellenistic Rhodes. I wish I were on my way to New York this weekend to see these wonders.
Posted by John at 8:55 PM