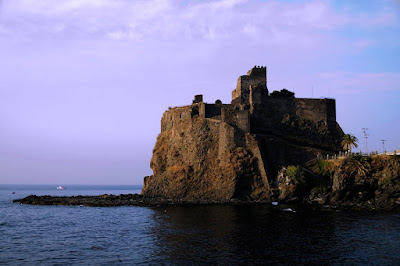 Built of volcanic stone from nearby Mount Etna, the Castello Normano of Aci looms darkly over the Sicilian coast. 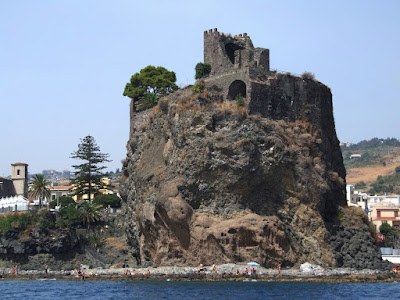 The spot has been fortified since ancient times, but the current castle was built by Sicily's Norman conquerors in the years around 1100 CE. 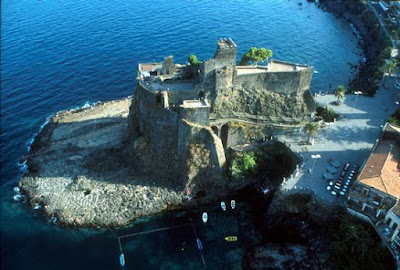 The nearby town was a paltry place until 1169, when an eruption of Mount Etna drove people out of several nearby villages and they sought refuge at Aci. 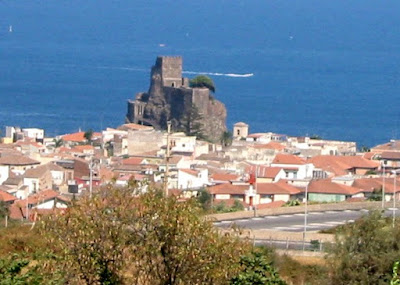 The castle had many owners: various Norman counts, the Bishop of Catania, and after the War of he Sicilian Vespers (1282-1302) it was granted to Roger of Lauria, admiral of the Aragonese fleet. Various sources say it has been besieged several times, but they don't say when or by whom. But what a thing it is to see.
Posted by John at 5:08 PM