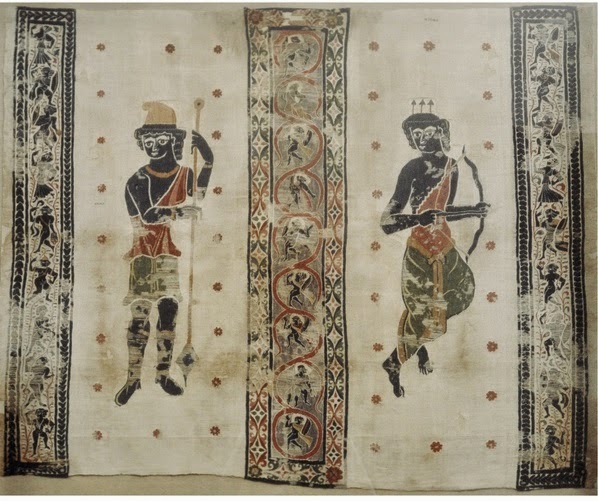 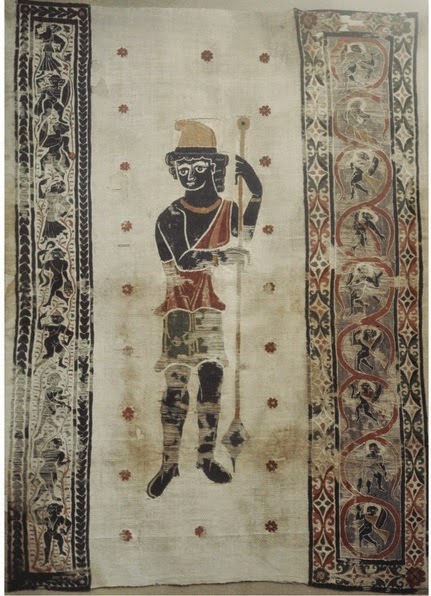 Amazing that these things survive. Above, tapestry of Actaeon and Artemis surrounded by red flowers and dancing figures. Woven from linen and dyed wool. Dated to the 4th century CE, probably made at Akhmim in Egypt. Purchased in 1924 from an antiquities dealer in Cairo and currently in the British Museum. 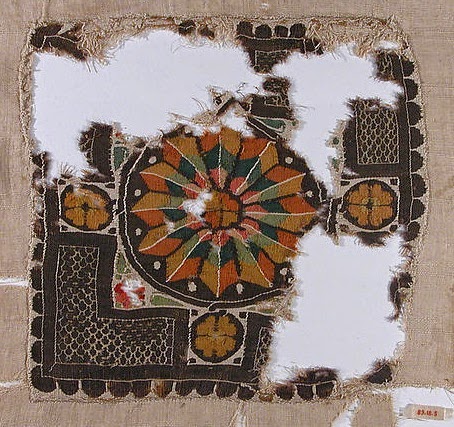 Woven fragment from Egypt, wool and linen, 3rd to 5th century CE. In the Met, which has more than a thousand textile fragments from Egypt dating to the 1-500 CE period. All the images below are also from the Met. An hour ago I would never have guessed that so much beautiful weaving survives from the Roman world. 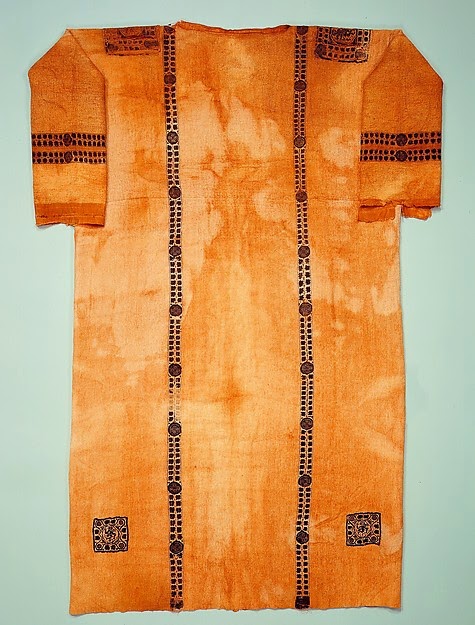 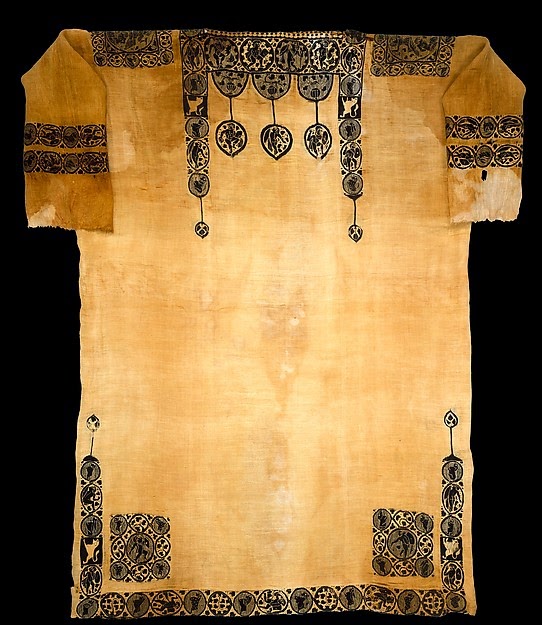 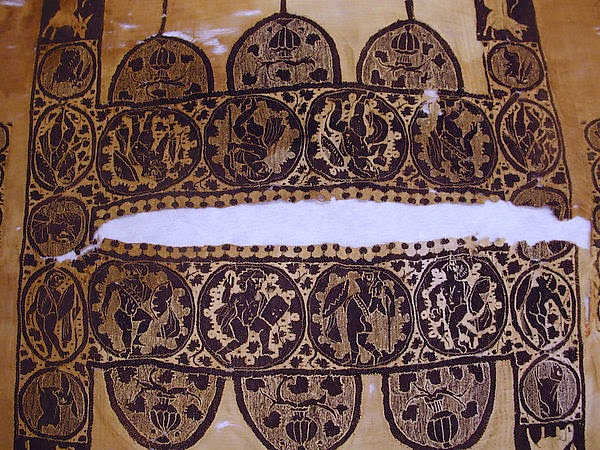 Detail of the tunic above, showing Dionysian imagery around the neck. 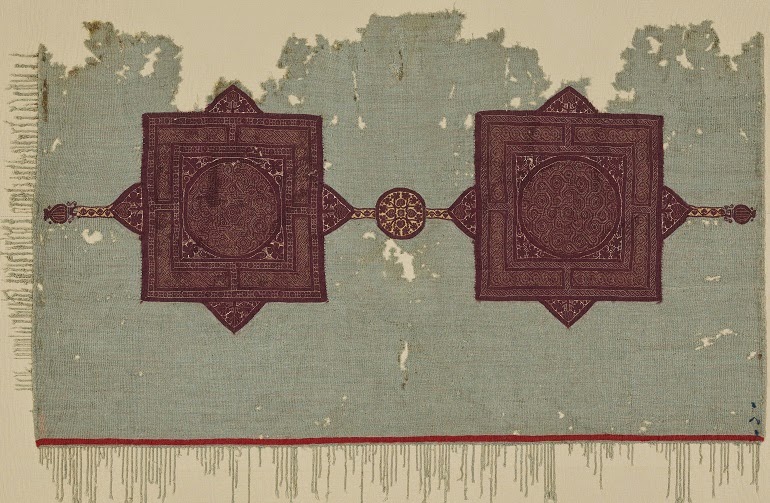 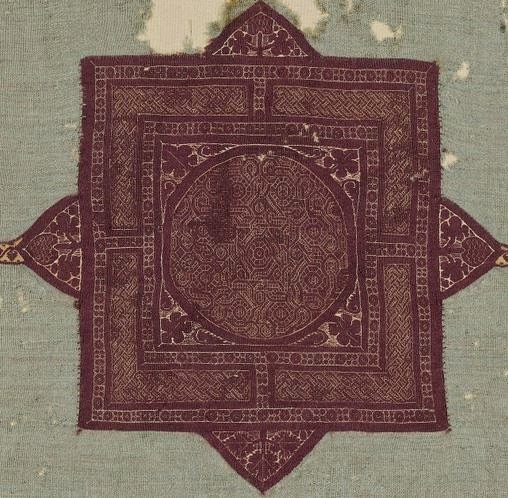 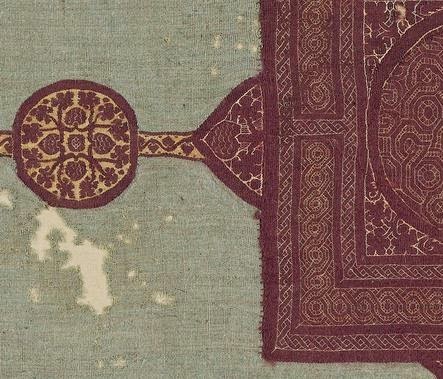 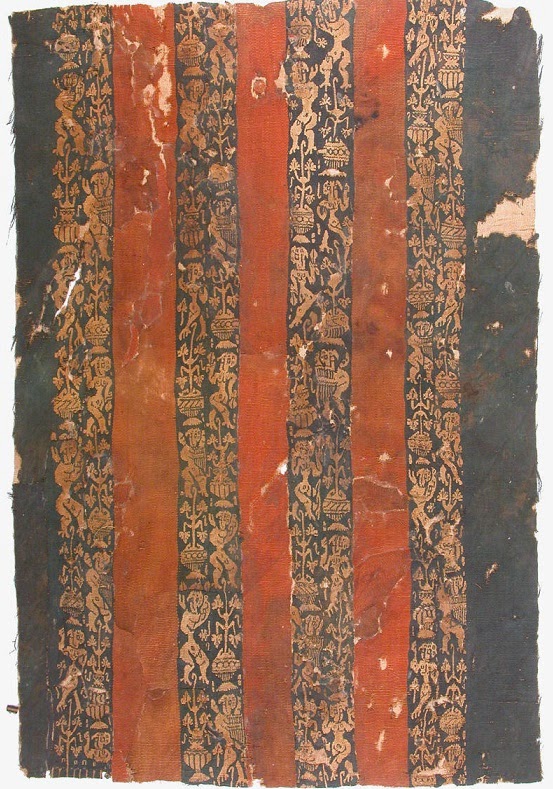 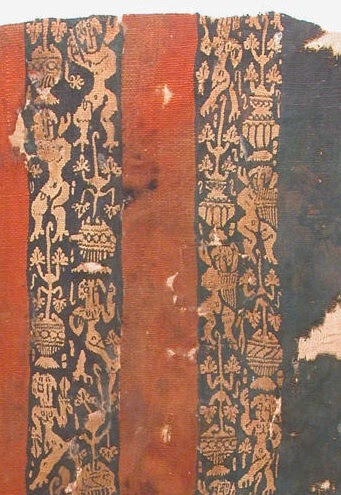 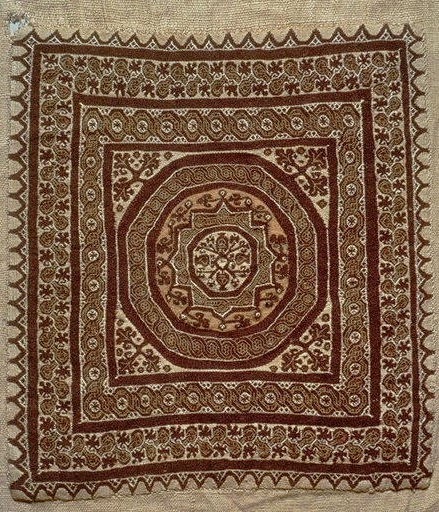 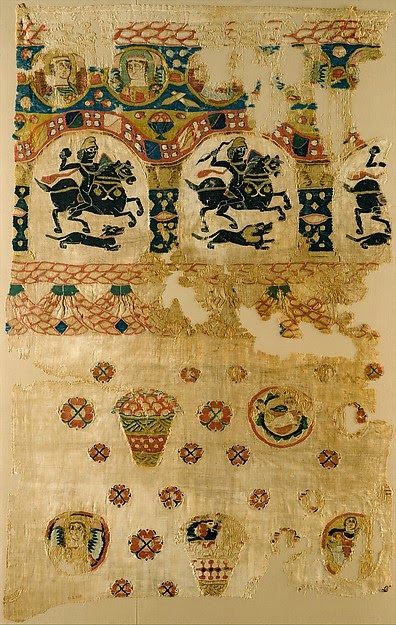 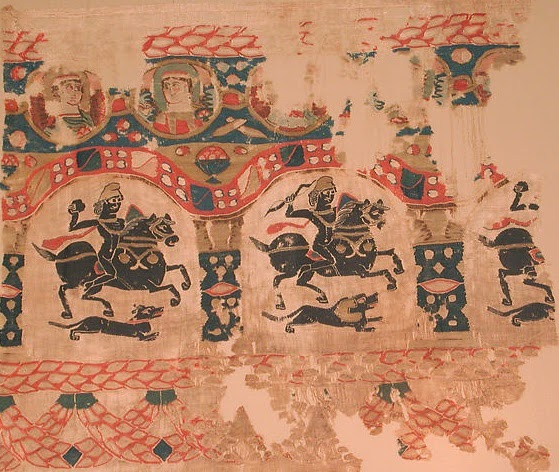 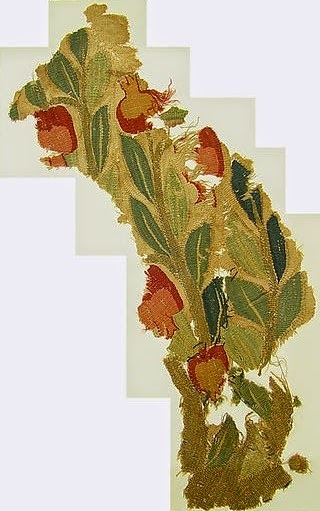 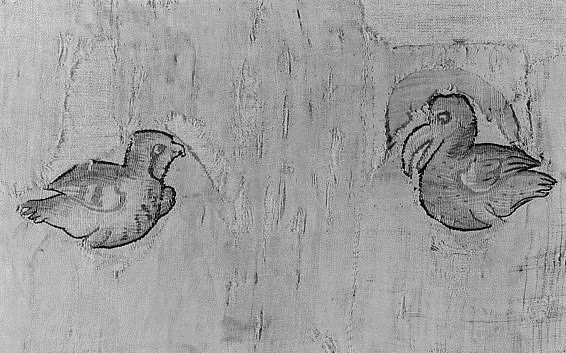 Textile fragment with birds, Akhmim, Egypt, 3rd century.
Posted by John at 7:09 AM

Thanks for adding these! I was wondering if there are any textiles from the first or second century AD?