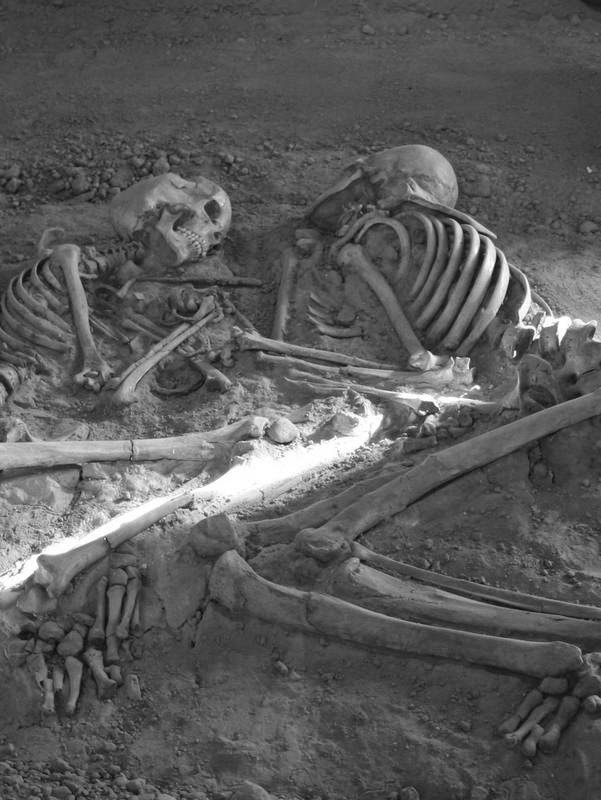 Hasanlu is an archaeological site in northwestern Iran. It was excavated between 1956 and 1974 by Robert Dyson of the University of Pennsylvania and a whole herd of graduate students, many of whom went on to be eminent professors. The site was occupied from the Neolithic into the Middle Ages, but it is best known because of what happened there in the Iron Age. 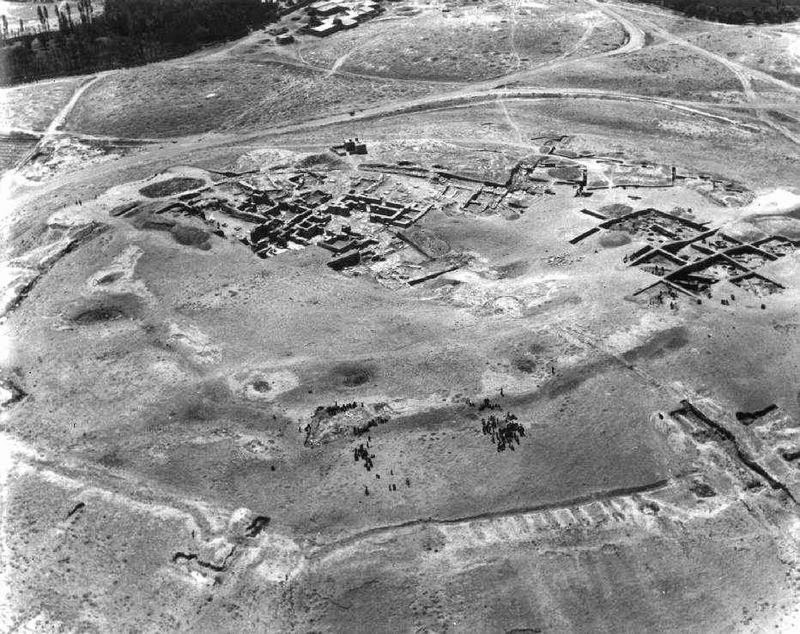 The town was of rather modest size compared to the big cities of Mesopotamia, but its walled citadel was impressive:


Hasanlu, whose ancient name we do not know, was one of the small towns of the region, crowned by a high citadel. In the citadel, which was surrounded by a powerful fortification wall of mud brick set upon a stone foundation, were probably housed the religious centres of the town and the seat of the local lord or administrator. The scattered houses of the outer town, which were inhabited by craftsmen and probably also by merchants and farmers, and the cemetery which belonged to the town had no protection. In case of war the inhabitants fled to the citadel. The walls of the citadel were probably about nine metres high and were over three metres thick. Every thirty metres there was a fortification tower. Evenly spaced between the towers was a pair of piers which reinforced the mud-brick wall. 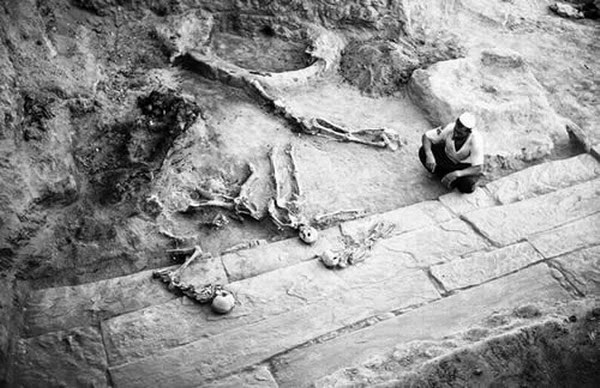 In about 800 BCE the town was violently sacked and burned, probably by attackers from Uartu to the west. This had the paradoxical effect of preserving much evidence of daily life in the town, since nobody ever bothered to clean up the mess, so the period from 1050 to 800 is the best know in its history. At that time its occupants were known to the Assyrians as "Manneans," and based on their language they were related to the better known Hurrians. Some of their artifacts follow. 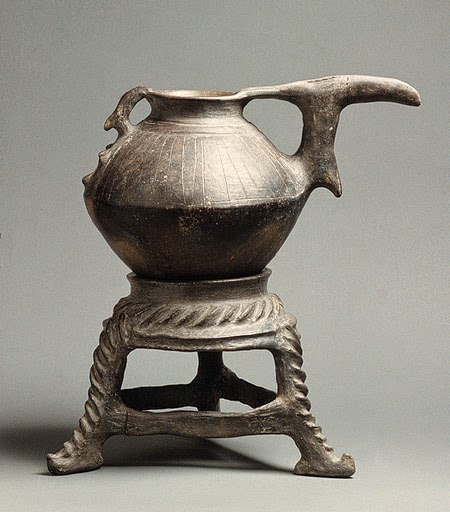 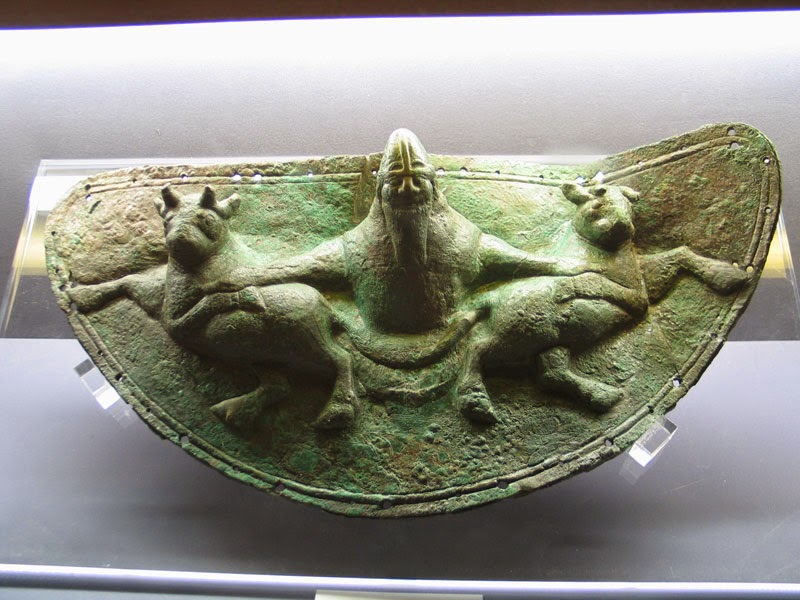 A horse chest piece dating to around 800 BCE. 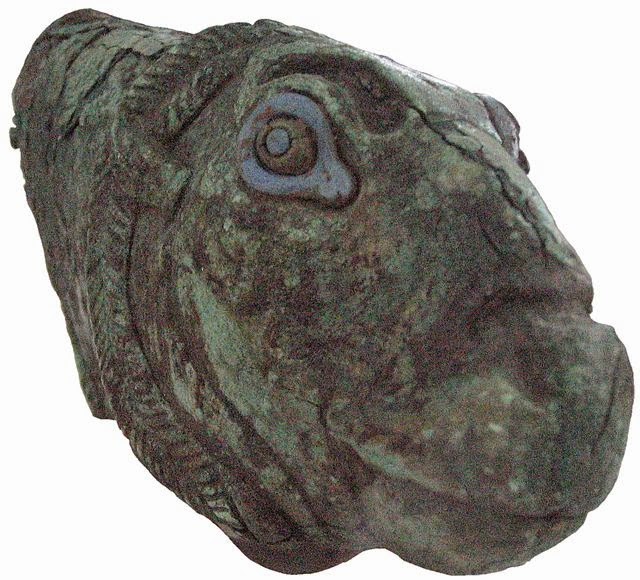 Bronze rhyton in the shape of a ram's head. 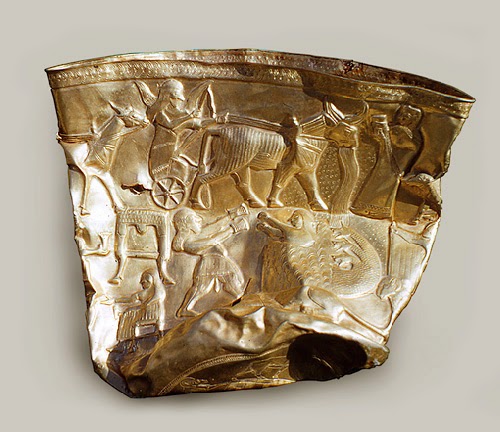 Even more striking was the "burn layer" itself, the remains of the town's last violent moments. More than 150 skeletons were found in the wreckage, many of them bearing the signs of traumatic death: beheaded, missing hands, one cut completely in half. And also mass graves of apparent massacre victims. The most famous object from the site is the gold beaker above, found in the ruins. 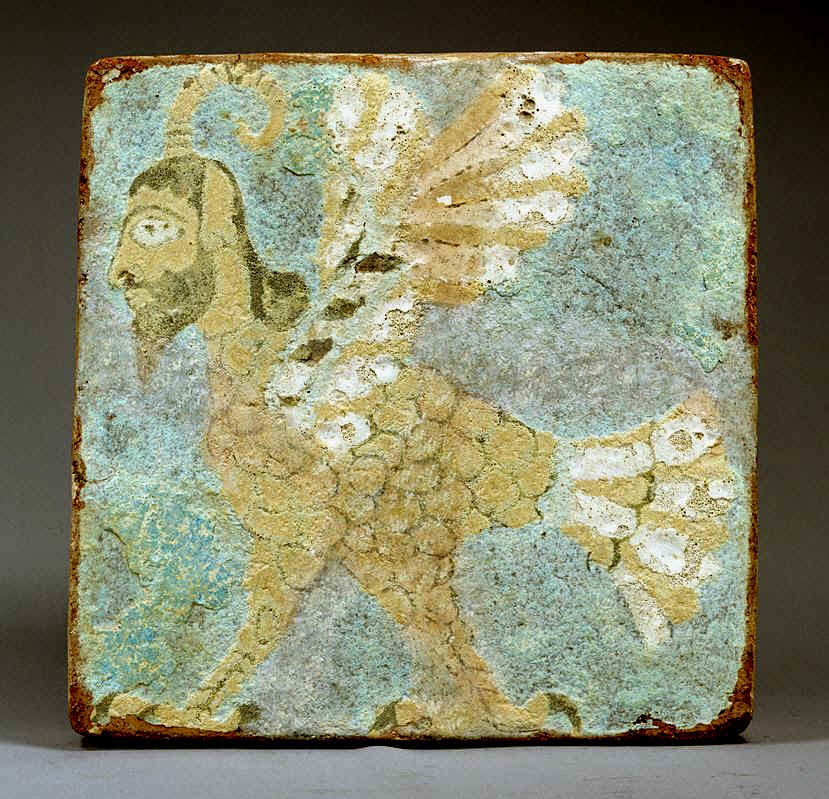 Hasanlu has been in the news because of a re-analysis of the "burn layer" by Michael Danti of Brown University. Of the famous gold beaker he says:


The beaker was uncovered just beyond the fingertips of a dead soldier and two of his comrades, who were crushed under bricks and burned building material around 800 B.C. Scholars have debated whether these three men were defenders of the citadel or enemy invaders running off with looted treasures. . . .

In revisiting Hasanlu, Danti has taken a closer look at the three warriors. He said it seems likely they were climbing up a wooden staircase inside of a home when the building collapsed. The men fell through what was probably a waste-disposal chute and were buried by debris. Besides the gold bowl, there are other treasures scattered around their bodies, including textiles, fancy armored belts, metal vessels and delicately carved cylinder seals.

It's an amazing scene: amidst the crumbling, burning city, three soldiers try to make away with a pile of loot, but a staircase collapses beneath them and they fall into the flames. . . . 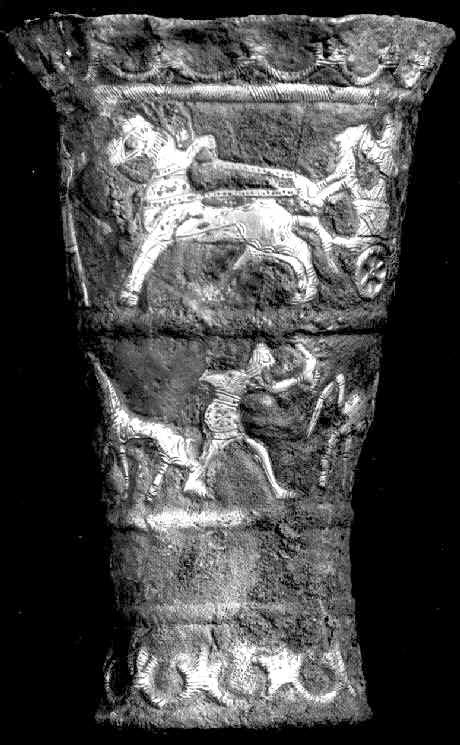 This silver beaker was another find from the burn layer. 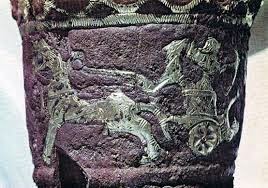 Danti has grim stories to tell about the mass graves as well:


Many of the victims were women and children. And in mass graves on top of the burned layer, excavators found the remains of people who tended to be very young or old and seemed to have suffered fatal, blunt-force trauma head wounds. These victims likely survived the initial attack only to be killed when their captors realized they would be of little use as slaves, Danti said. "This was warfare that was designed to wipe out people's identity and terrify people into submission," Danti said.