British sculptor Matthew Simmonds has had an interesting career. He graduated from the University of East Anglia in 1984 with a degree in Art History, but after floundering around for a few years he decided that instead of studying old art he wanted to make something new. So in 1990 he began training as an architectural stone carver, and he worked on the restoration of medieval monuments like Westminster Abbey and Ely Cathedral. Once he had mastered the techniques, he began creating his own sculptures; he won his first prizes in 1999. He now lives in Italy. (Above, The Regular Division of Space by Domes, 2011) 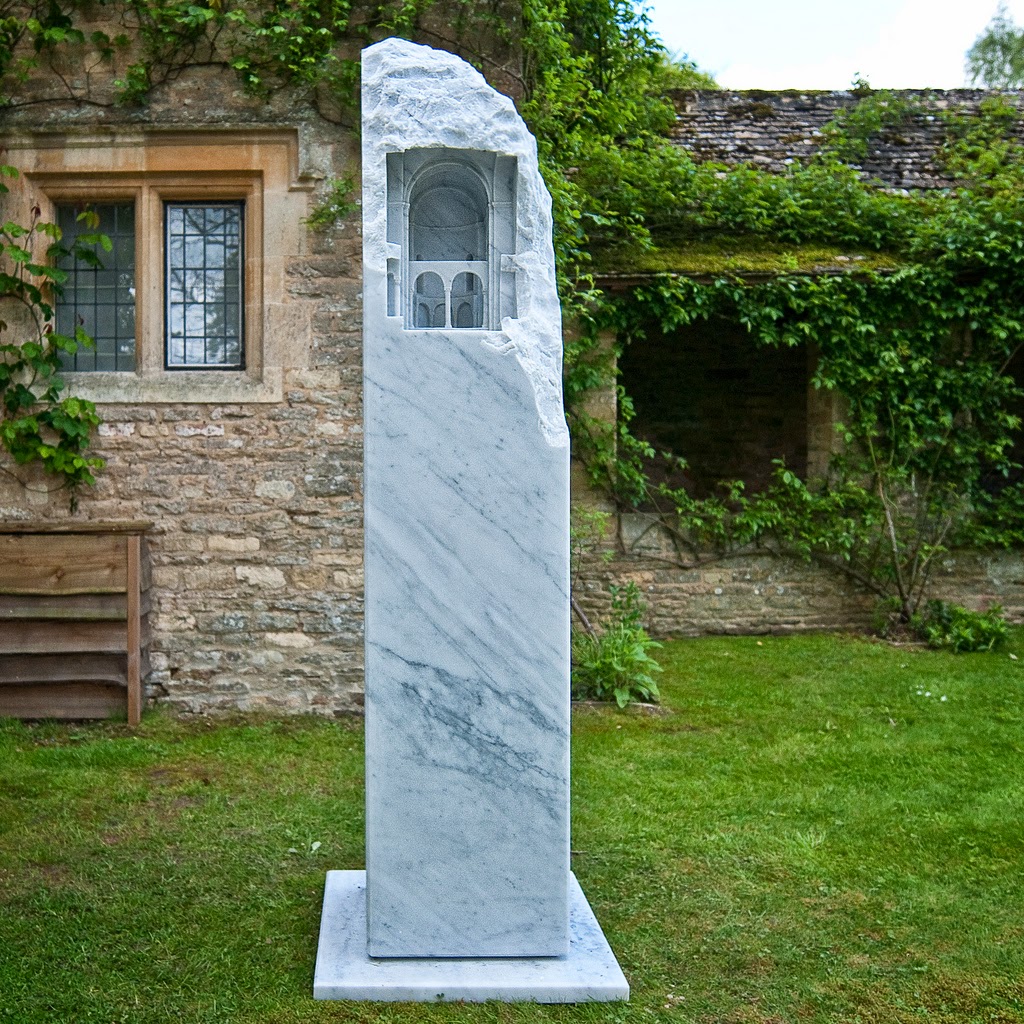 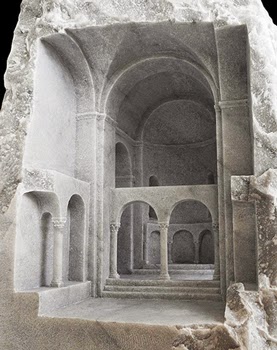 All of his work that I have seen is like these, architectural fragments emerging from stone. (Basilica IV, 2011) 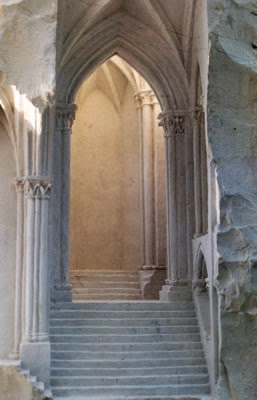 They remind me of some of M.C. Escher's surreal etchings -- imaginary spaces the make us long to explore them. (Gothic Stone, 2003) 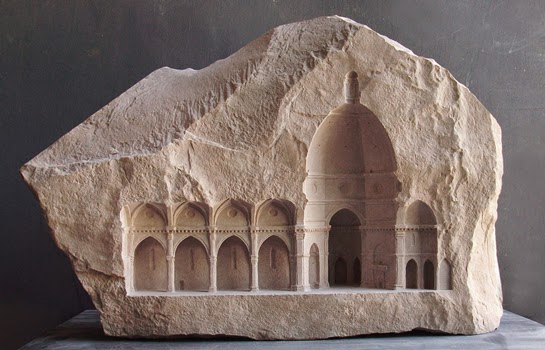 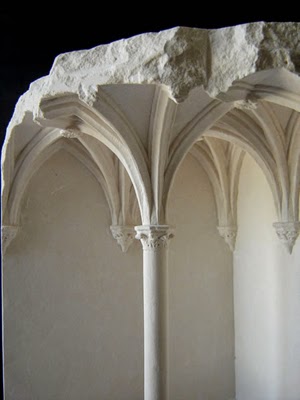 Critic Merete Prydes Helle once wrote of him,


Simmonds makes a play of architecture and ornamentation on a small scale, but the spaces created give the same feeling as in the buildings themselves; a place to rest, a place to travel with the eye and maybe find a moment of tranquility. The marble is opened up, and inside is a space within a building that only exists in the viewer's mind. What you sense is the significance of space.

To create a sculpture that catches the light and structure of a building and lets the eye wander, to feel that here my eye could live, here a part of me could stay, is a great achievement. The sculptures give the viewer a different perspective on space. They look different from every viewpoint. You long to be in them, and they seem almost more meaningful for that. 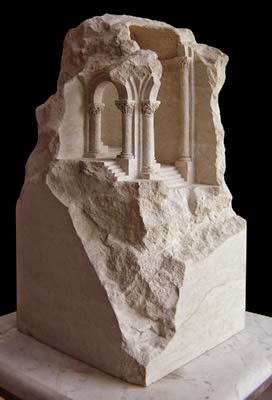 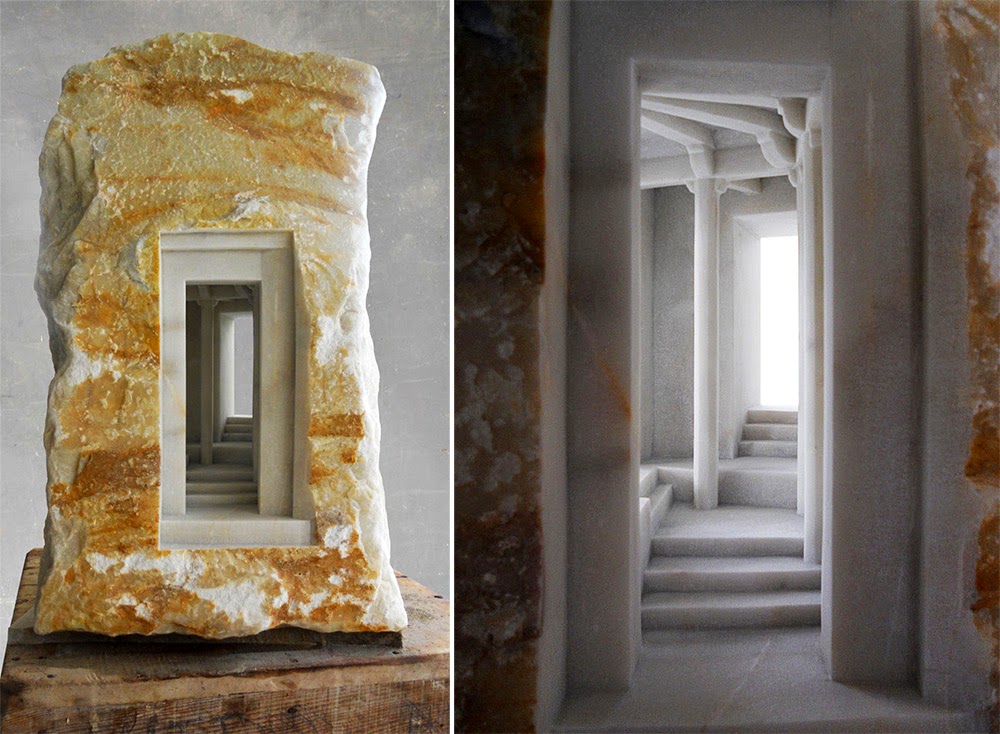