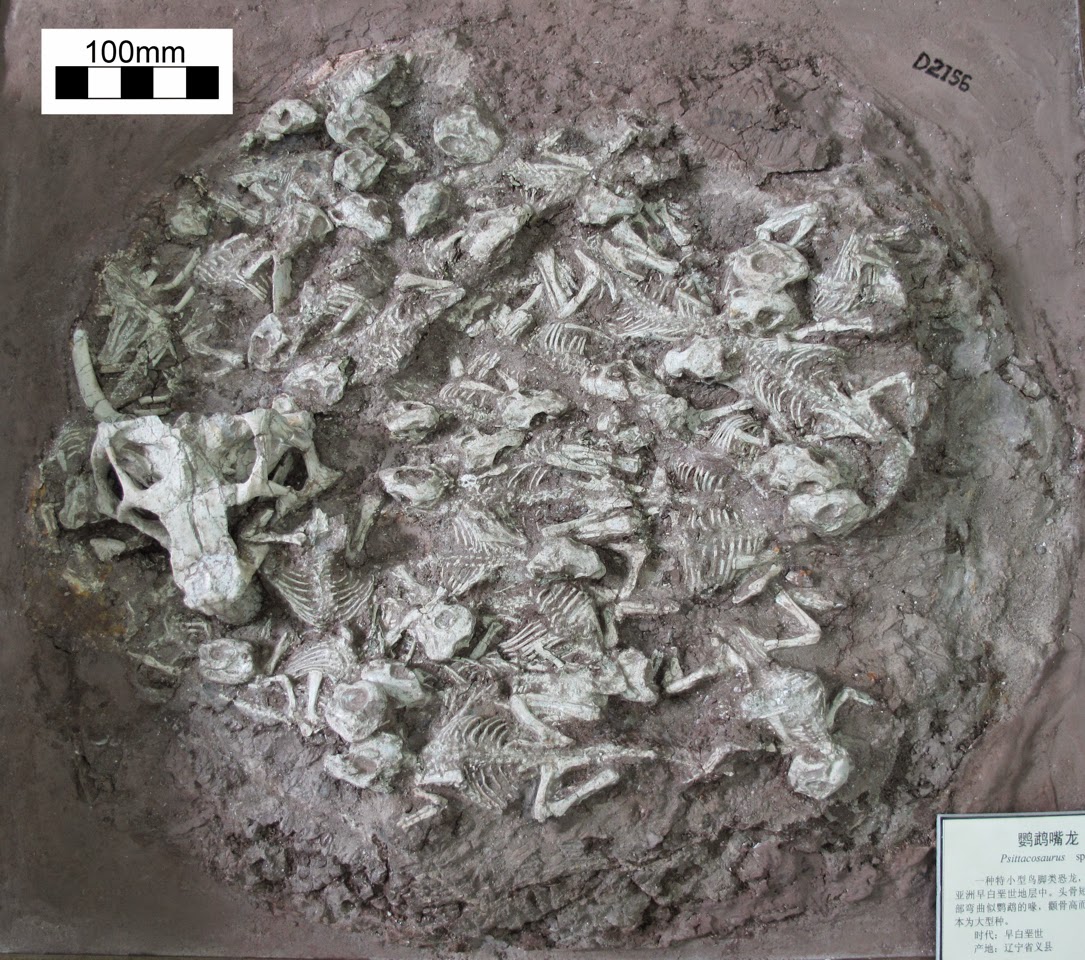 Wonderful fossil from northeastern China preserves a nest full of baby Psittacosaurus lujiatunensis along with one older animal who may have been caring for them. The fossil is about 120 million years old. The whole assemblage is about 2 feet across (60 cm). Livescience:


The skull of the larger psittacosaur was firmly embedded in the same layer of rock as the 24 smaller reptiles. In fact, two of the younger animals were intertwined with the skull, which suggests that the animals were near one another when they died.

The larger skull was about 4.5 inches (11.6 cm) long, suggesting the dinosaur was between 4 and 5 years old, the researchers said. Previous findings suggested that P. lujiatunensis did not reproduce until age 8 or 9, so this creature was probably not the parent of the younger dinosaurs. The researchers suggest the larger dinosaur may have been a babysitter, "such as an older sibling or even a non-related animal," Hedrick told Live Science. . . .  Microscopic analysis of the rock that encased the fossils revealed that it was volcanic material, suggesting that the dinosaurs were caught in flowing material resulting from an eruption. Since there was no evidence of heat damage to the dinosaur bones, the researchers believe the flow was likely a lahar, which refers to a slurry of water, mud, rock and other debris associated with volcanic eruptions.