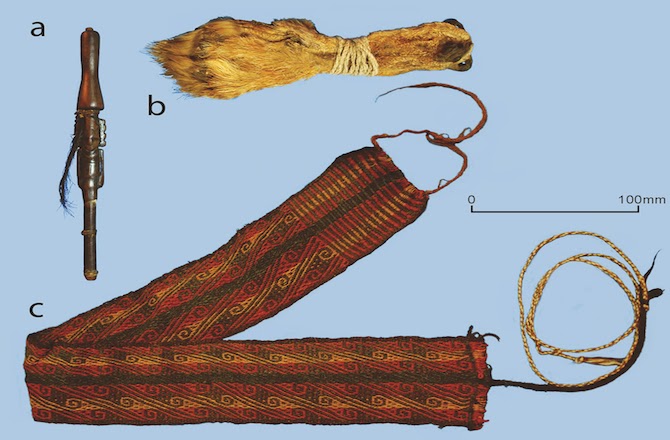 Just published in the latest issue of Antiquity, this assemblage of objects was recently recovered from the ancient city of Tiwanaku near Lake Titicaca. The tube is for inhaling powdered drugs; the headband is for making you look like the sort of person who inhales powdered drugs; and the dog's foot is for shaking at people who bother you while you are inhaling powdered drugs. Or that's my interpretation anyway. 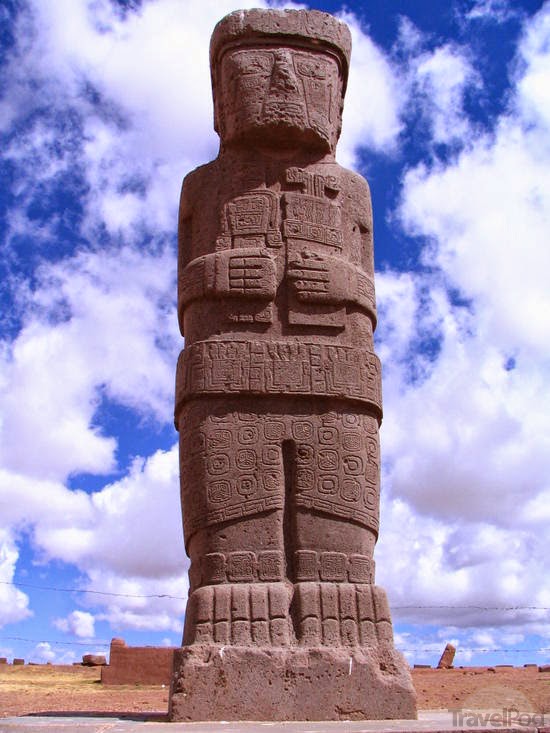 Besides coca leaf and various hallucinogens, these hardy mountain folk also had a robust culture of alcoholic drinks, including special cups called "kerus" for their corn liquor. These stone "monoliths," of which several have been found around Tiwanaku, are now thought to be "holding a keru with the left hand and a snuffing tablet with the right." Thus equipped they were ready for journeys to the Other World at any time.
Posted by John at 10:14 PM