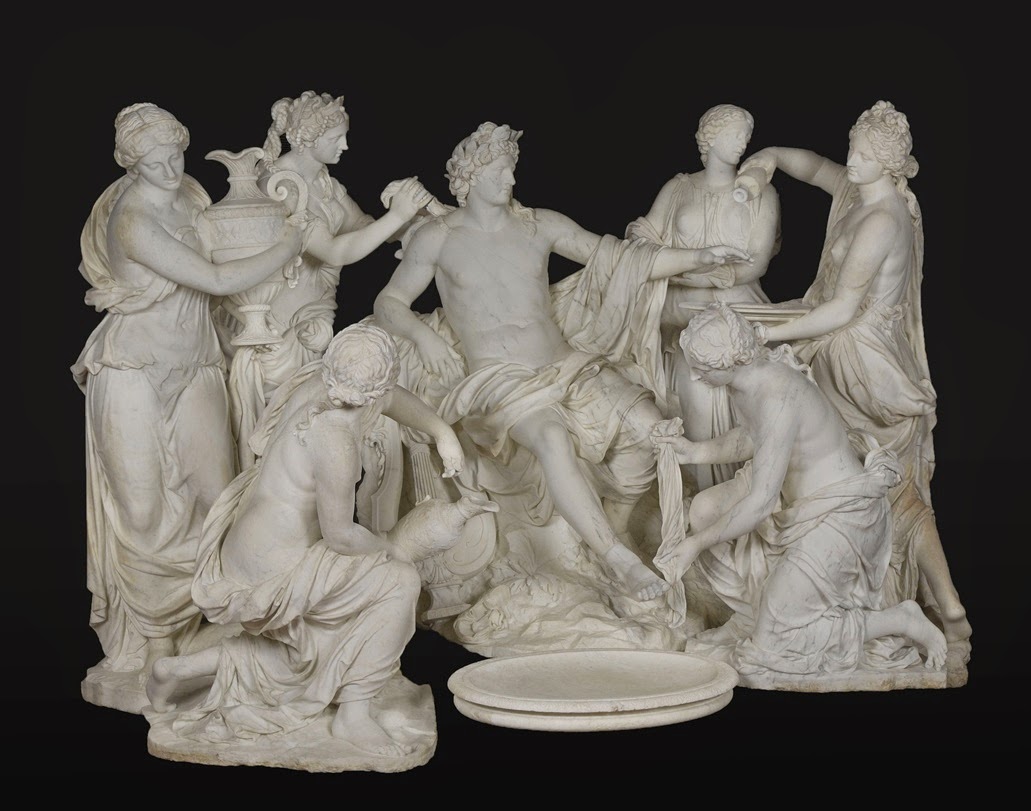 Apollo Served by the Nymphs, carved by François Girardon and Thomas Regnaudin between 1666 and 1674, usually at Versailles but now part of a travelling exhibit. 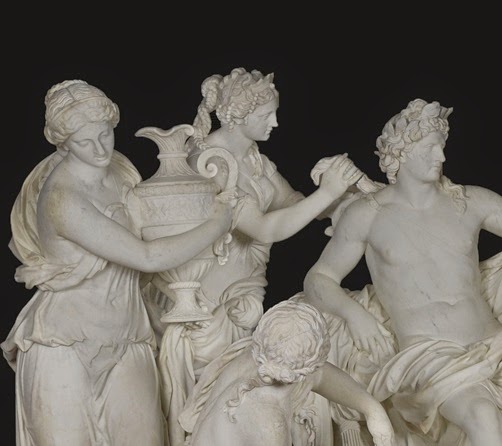 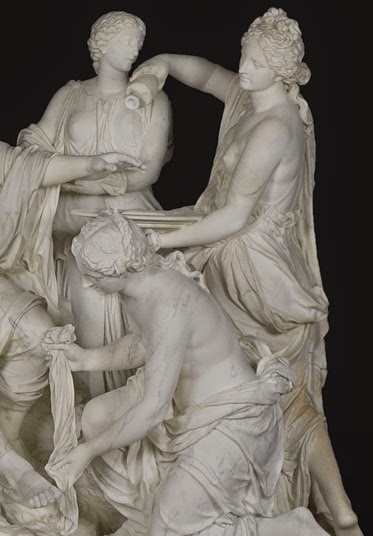 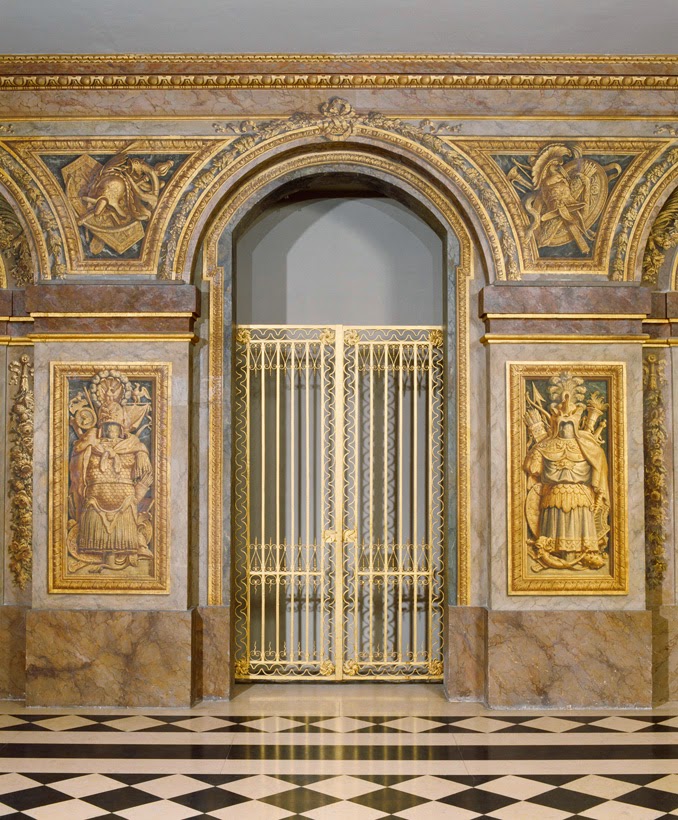 Gate of the Salle de Hoquetons. The Hoquetons were the palace guards. 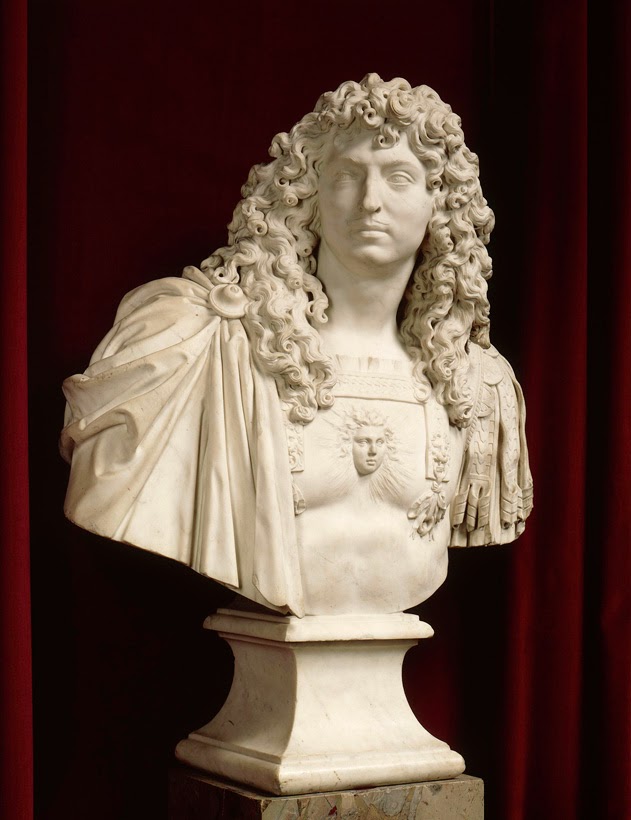 Bust of Louis XIV carved by Jean Varin beginning in 1665. 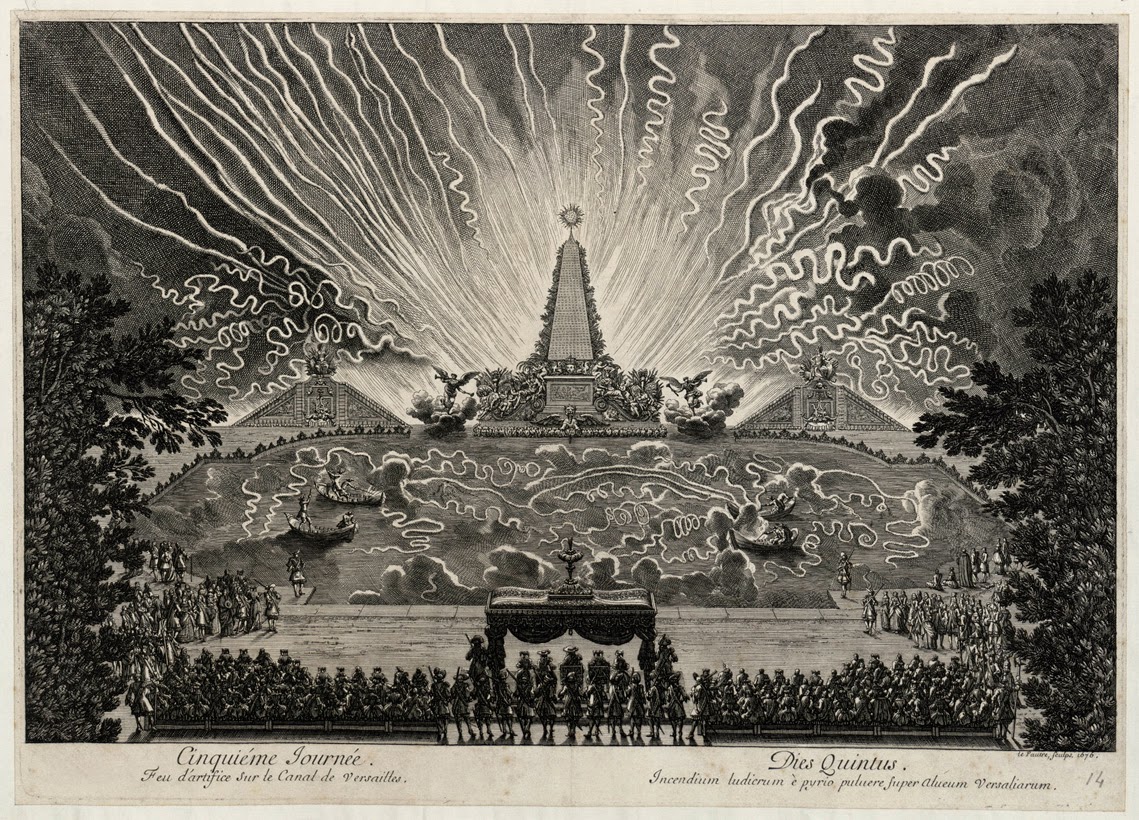 Fireworks staged in August, 1674 to celebrate one of France's victories, and also the completion of the Grand Canal and surrounding gardens. Engraving by Jean Le Pautre.
Posted by John at 8:11 AM