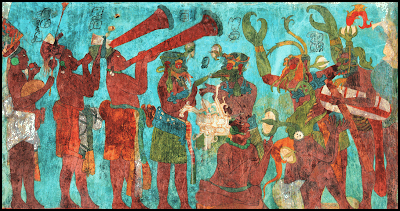 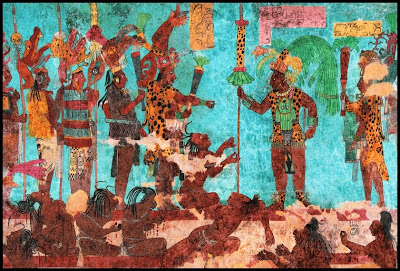 Bonampak is a medium-sized Maya site famous mainly for the extraordinary murals found in one small temple. These remarkable paintings, dating to 790 AD, show scenes of warfare, religious rituals and torture (click to enlarge). The wonderful weirdness of these images -- what is the guy with the green scorpion claws doing? -- gives one a marvelous taste of what Mayan ceremonial life must have been like. Now further work in the temple has led to the discovery of a tomb, directly beneath the torture mural. In that tomb was a single headless corpse. The discoverers are hedging about who the headless corpse might be, but the obvious interpretation is that this is the very person whose torture is so fondly protrayed in the mural above his resting place. 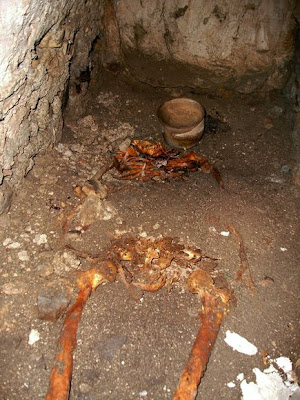