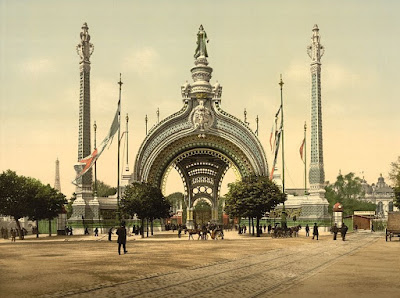 Of all the great World's Fairs, the most over-the-top may have been the Paris Exposition Universelle of 1900, intended to celebrate the achievements of the nineteenth century. 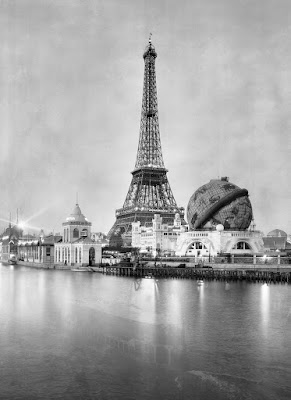 It was held in the same place as the more famous fair of 1889, which launched the great era of the fairs. So the Eiffel Tower, built in 1889, loomed over the site. 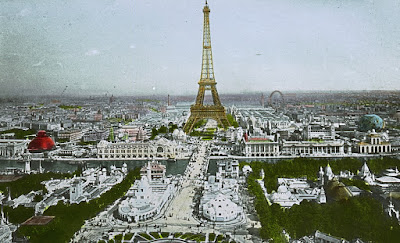 Notice the huge Ferris Wheel, introduced at Chicago in 1892 and a requirement thereafter. 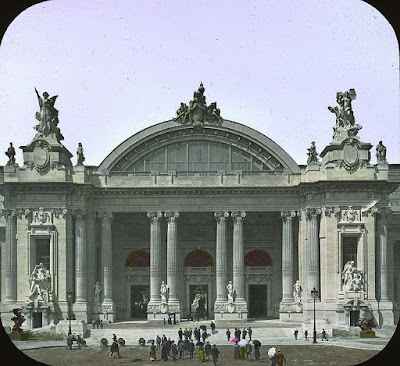 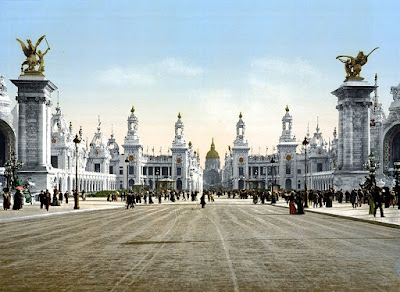 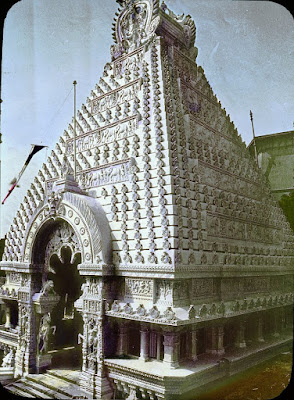 What made the 1900 fair remarkable was the sheer exuberance of the architecture. 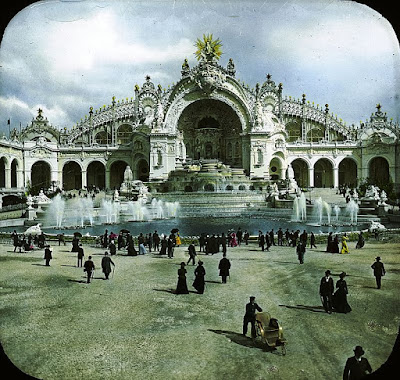 Consider the Chateau d'Eau, the Castle of Water, attached to the Electricity Exposition. This was Art Nouveau taken to its most Baroque extreme. 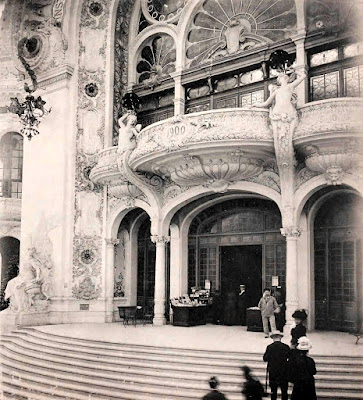 So much was spent that the fair lost money even though 50 million people attended. 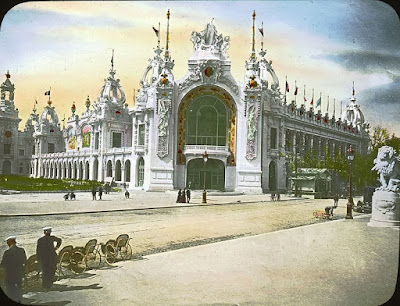 The fair featured the assortment of technological marvels that made these fairs so famous; among other things the first talking movies were shown. (You can see clips at wikipedia.) Rudolf Diesel exhibited his famous engine, and the mass public got their first look at escalators. Campbell's Soup was awarded the gold medal that still appears on some of their labels; I hope it was for preservation technology, not taste. Nested Russian dolls were either (depending on who you believe) sold for the first time or introduced to the west. 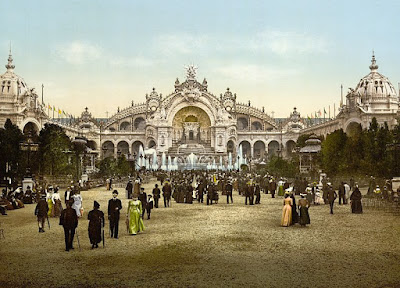 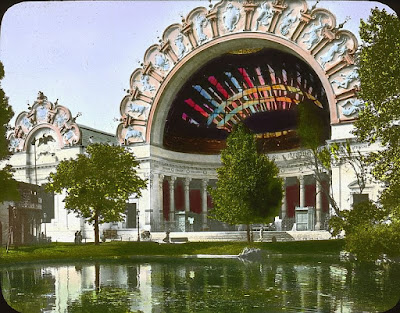 But it is the mad richness of the buildings and their scultpures that lingers in the imagination. 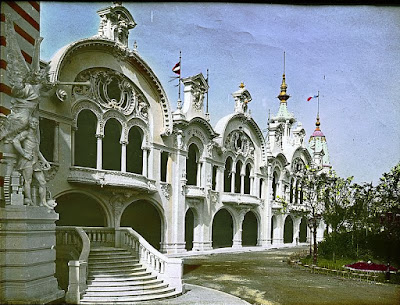 That sixth image, of the tall pyramidal building, reminds me heavily of ancient Indian temples. Would this resemblance have been intentional, do you suppose, given the relationship between Western Europe and India at the time?