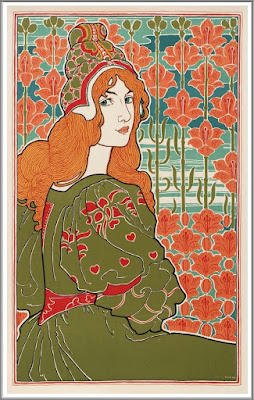 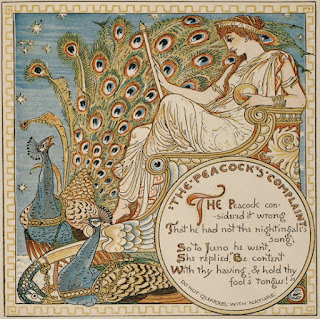 His family had worked for generations in the Staffordshire pottery works, where his father was a gilder and painter and then an instructor of gilders and painters. 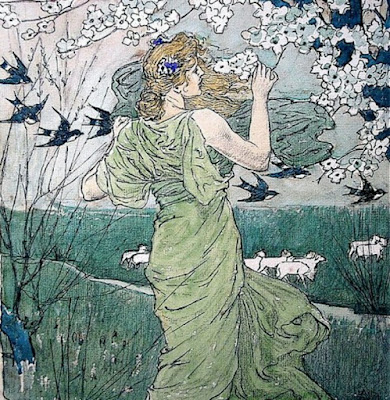 Rhead studied at the National Art Training School in London, where he showed such talent that at the age of 13 his father sent him to Paris to apprentice with with Gustave-Rodolphe-Clarence Boulanger. He came to America in 1883 to become the art director for the publishing firm of D. Appleton in New York City. He then married an American woman and became a US citizen. 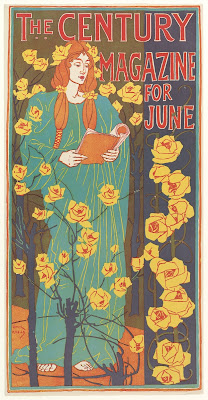 Rhead first achieved artistic success designing posters. You may have noticed that there is a lot of famous poster art from the late 1800s, mainly in the style we call Art Nouveau – Alphonse Mucha, Eugène Grasset, and so on. Rhead was part of this movement. I imagine the enthusiasm for posters had something to do with technological advances in affordable color printing, which caused advertisers to pour in a lot of money and made it more fun and exciting for artists to do the work. 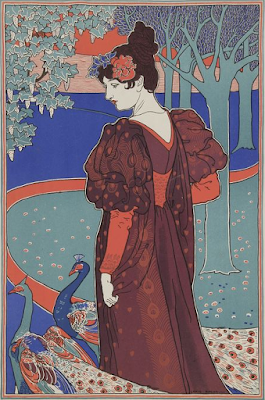 In 1897 Rhead staged an exhibit in Paris of his posters which got a lot of positive press, which tells you how big the art form was at the time. 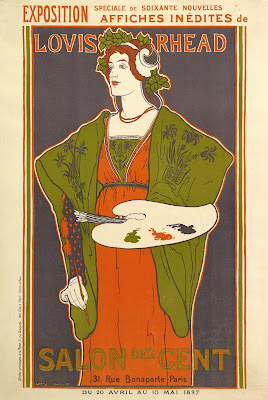 Of course your poster exhibition had to have a poster, and this is the one Rhead did for his own exhibition. 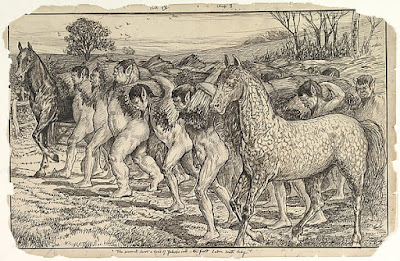 After around 1900 Rhead shifted his focus and began to illustrate books. Which made him part of another big artistic movement, the "Golden Age" of book illustration. This is from Gulliver's Travels. 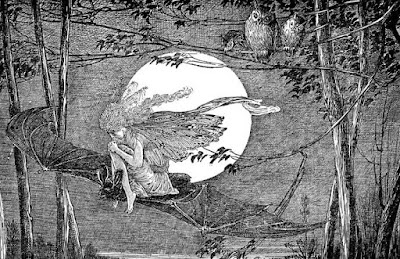 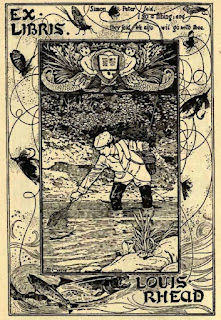 But the greatest love of Rhead's mature life was fly-fishing. This made him part of yet another big movement, this time a social one, when all the elite men went up to Scotland or the Adirondacks to tie flies, wade in freezing rivers, and talk about the beauty of nature and how The Compleat Angler was the greatest book ever written. That's Rhead's book plate above. He wrote several books on fly-fishing, including the thriller American Trout-Stream Insects (1916). 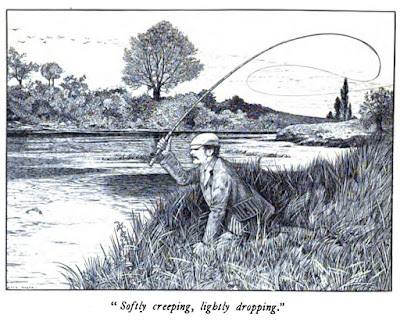 Naturally he illustrated his own books. Rhead's obituary in the Times read:

About two weeks ago Mr. Rhead set out to catch a turtle weighing thirty pounds which had been devastating trout ponds on his place, Seven Oaks. After the turtle was hooked, it put up a fight for more than half an hour. Although Mr. Rhead was successful in the end, he became exhausted. A short time later he suffered from his first attack of heart disease. Yesterday’s was his second. 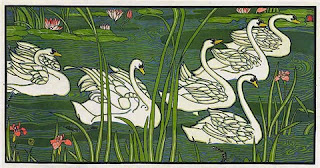