The Lost City of Irisagrig 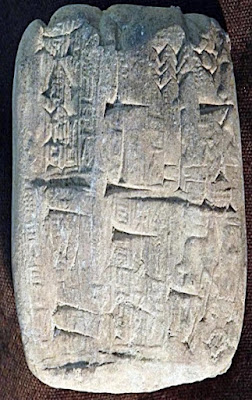 The ancient Sumerian city of Irisagrig is known from mentions in documents excavated from other cities, but archaeologists don't know where it is. Somebody does, though:


Hundreds of 4,000 year old tablets that were looted in Iraq and bought by the U.S. company Hobby Lobby seem to hail from a mysterious Sumerian city whose whereabouts are unknown, a U.S. law enforcement agency just announced.

The tablets are part of a cache of thousands of looted artifacts purchased by Hobby Lobby and seized by the U.S. government. They are now set to be returned to Iraq.

Of the 450 cuneiform tablets in that haul, many came from an ancient city called Irisagrig, U.S. Immigration and Customs Enforcements said in a statement. Many of these tablets date from between 2100 B.C. and 1600 B.C., the statement said. Most of them are legal or administrative texts– meaning that they contain records such as contracts and inventories of goods that made it easier for private citizens and the city’s government to run their affairs – while a few contain a form of magical spells called incantations, the statement said. 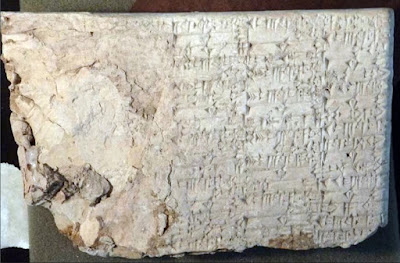 I love stories like this, and I can't wait for some intrepid investigator to trace the artifacts back to their source. That's how Arthur Evans found Knossos, among many other such discoveries.
Posted by John at 8:58 PM