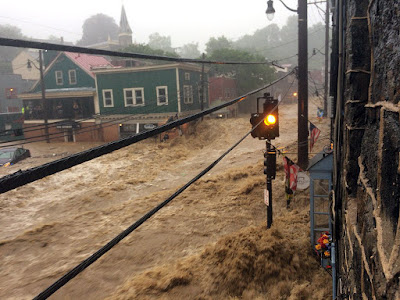 It has been a sodden weekend here, punctuated by more devastating floods yesterday afternoon after up to ten inches of rain fell on Catonsville and Ellicott City. This after they had just about finished rebuilding from the terrible flood of July 2016. 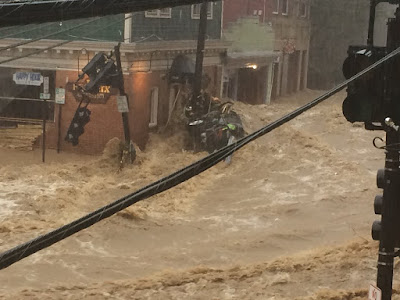 I think we had about eight inches at my house, based on the "bucket left in  the yard" measuring technique. More on the way, they say.  I think maybe Alberto is pissed that he was just designated a "Subtropical Storm" and he's taking it out on the capital of the government that maligned him.
Posted by John at 1:54 PM