Tunnels under the Berlin Wall 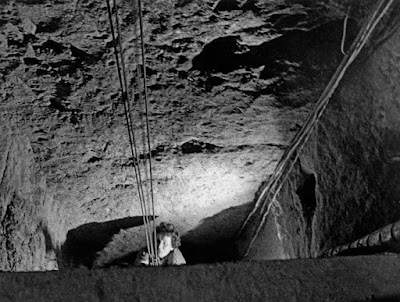 Wonderful article in the Times by Christopher Schuetze and Palko Karasz about the old tunnels under the Berlin Wall:


About 75 tunnels were built under the wall during its three-decade existence, many of them around Bernauer Strasse. Residential buildings nearby provided handy shelter for digging and for entering the passages.

One escape that received widespread attention was filmed by NBC in 1962. The network provided money for an effort by students in West Berlin to connect two cellars on either side of the wall. The resulting documentary, called “The Tunnel,” related the escape of 29 men, women and children, and it raised questions about the journalistic ethics involved.

In the autumn of 1964, 57 people from the East escaped through a tunnel that started in a disused courtyard bathroom [shown above]. But this escape marked a turning point. An East German border guard was killed in a gunfight between the security forces and those helping the escape on the Western side. The 21-year-old guard, Egon Schultz, became a hero in the East after his death, leading many in the West to question the wisdom of promoting such crossings.

The story focuses on the archaeological discovery of a tunnel dug for a failed crossing attempt in 1962. After the Wall fell Germans seemed determined to erase every trace of its existence, but these days there is some interest in commemorating the Wall and preserving bits of it, perhaps including this tunnel.
Posted by John at 8:25 AM