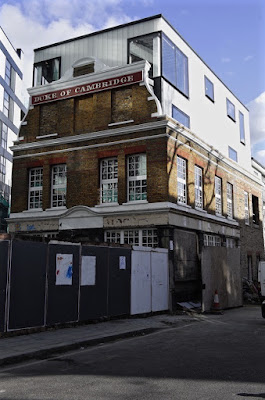 The blogger at Spitalfields Life has launched a tirade against what he calls "facadism," the habit of demolishing historic buildings but preserving their facades. I have seen this a few times in Washington but apparently it is very common in London. 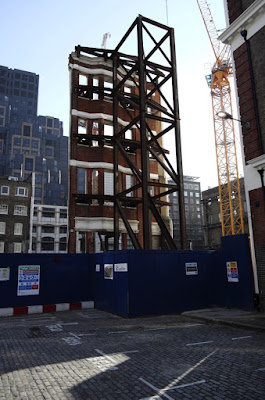 The process is weird to watch. 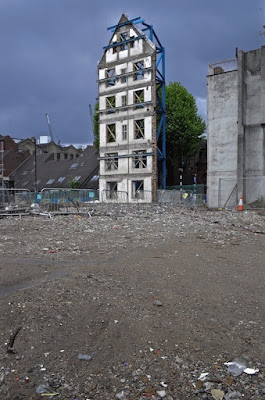 The facade is separated from the rest of the structure – using pneumatic chisels, if the building is brick – and then encased in steel girders. 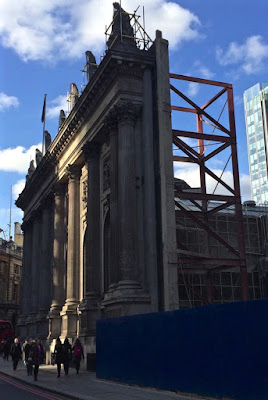 A massive facade like this one is generally left in place, but a smaller one may actually be trucked across the lot and then brought back and re-attached once the structure behind is finished. 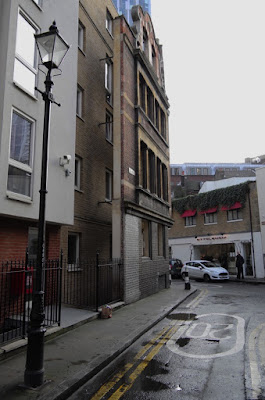 Sometimes the result is not even attached to the building behind, but stands freely like this one. 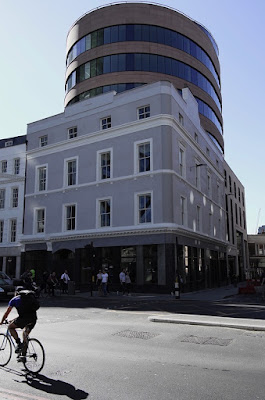 I am ambivalent. Yes, it would be better if the whole old building could be preserved, but sometimes that is not really an option; it just costs too much to rehab any but the most valuable old structures. Yes, re-attaching the facade to a new structure is fake. But consider what the street front of this thing would probably have looked like if the old facade had not been put back in pace. I walked by a false facade of row houses in Washington every day for a month before I even noticed that they were attached to a big glass building looming behind. So I say, better this than nothing. 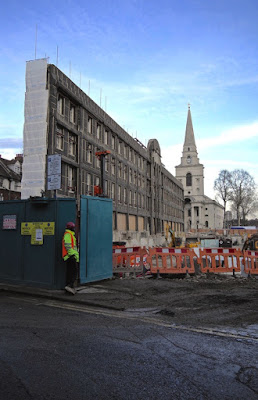 "Yes, it would be better if the whole old building could be preserved, but sometimes that is not really an option; it just costs too much to rehab any but the most valuable old structures."

Also, a lot of the time, the "rehabilitation" of old structures accomplishes basically the same thing anyway. The building is essentially gutted, with the bulk of it torn out and replaced with modern bits, because there's typically just too much incompatibility between the way buildings used to be built and the practical needs of a modern building.

That said, what is perhaps most important to consider is that this is realistically only ever going to be done to buildings in lieu of complete demolition. Isn't it strictly better to save "only" the facade, than to save absolutely nothing?