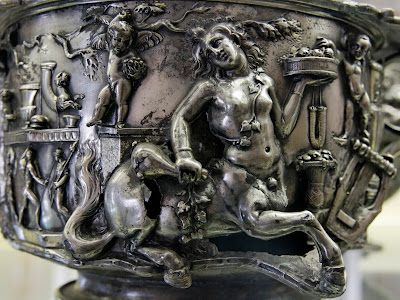 The Berthouville Treasure was plowed up in a French field in 1830 and now resides in the Bibliothèque nationale. Three years ago it travelled to the Getty in Los Angeles to be conserved, and this resulted in a bunch of articles and posts from which I have gleaned these images. 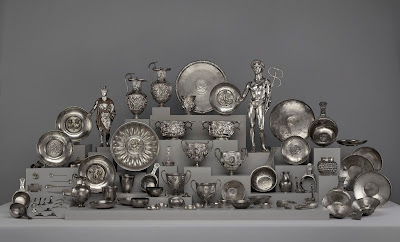 Unlike the other Roman silver treasures I have featured here, the trésor de Berthouville was not hidden from invading barbarians as the late empire collapsed; it dates to around 200 CE. 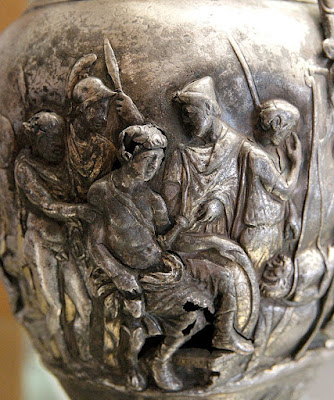 There was plenty of trouble in the empire that could have led to its being hidden; but since order was eventually restored in Gaul, why wasn't the treasure dug up again? Several of the pieces have text scratched on them indicating that they were gifts to the god Mercury, and not all from the same person. Thus the idea that this collection was a temple treasury. Again, though, why would it have been left in the ground? There are actually three such hoards known from Gaul and Britain, although this is the largest and most valuable. 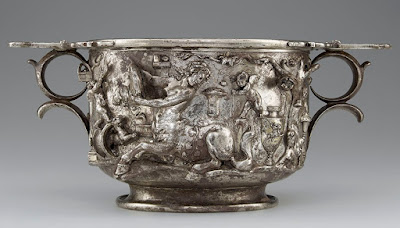 Archaeology showed that the find was near a complex of small temples and shrines. So maybe this was buried as a community's gift to the gods. 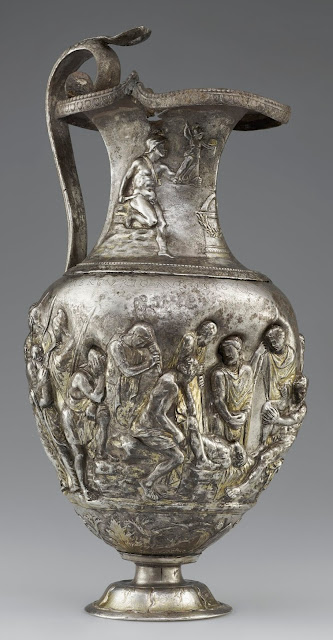 The images are the usual classical stuff: scenes from the Trojan War and the life of Hercules, bits of myth, Bacchic rituals. 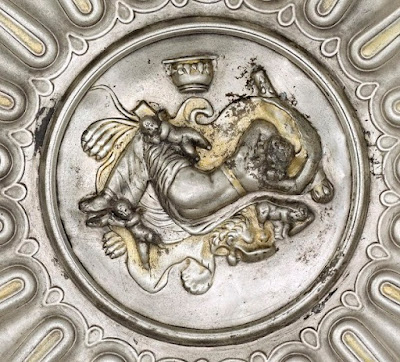 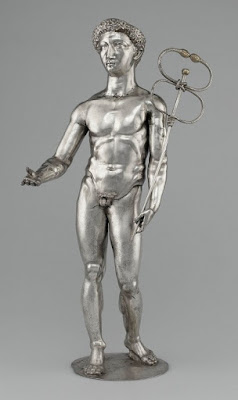 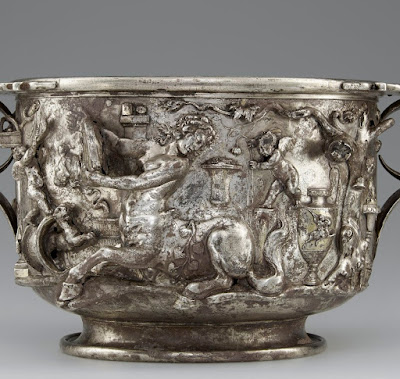 Nine of the vessels are a set from a single workshop, all with Bacchic images, and all seem to be part on one donation from a certain Q. Domitius Tutus. 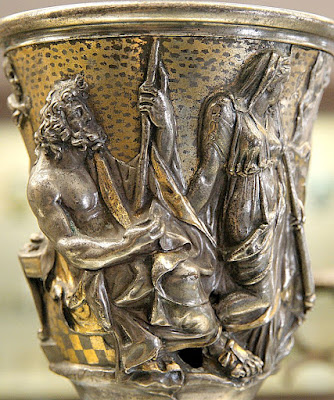 There are 93 pieces in the hoard, including some small appliques; the total weight is about 25 kg, or 60 pounds. Buried silver can easily decay to dust in just a century, so I find it amazing that so much survives from the ancient world.
Posted by John at 9:25 PM