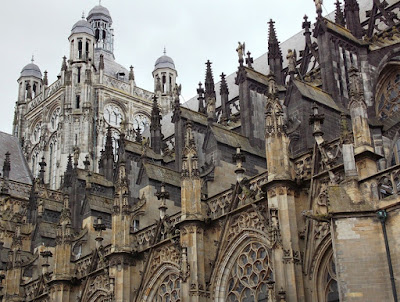 St. John's Cathedral at 's-Hertogenbosch in the Netherlands is one of the last great churches of the first Gothic era. It was built between 1370 and 1529. It began as a parish church, so 's-Hertogenbosch must have been one of those late medieval towns that was rich and prominent but still had no bishop. 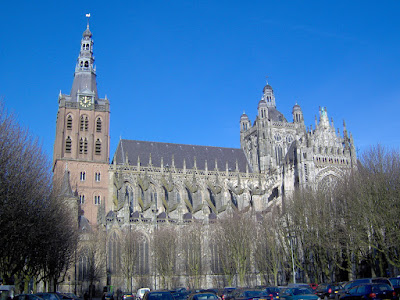 In 1629 the town was conquered by Dutch Protestants who banned Catholic worship and turned this into a Reformed church. Fortunately they seem to have left the building pretty much alone. 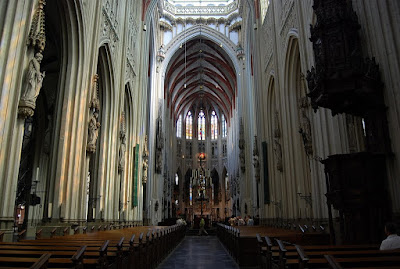 Then in 1810 Napoleon came to visit and received a delegation of citizens who pointed out to him that since most of the townspeople were Catholics, this great edifice was mostly unused and falling into disrepair. Napoleon, who was at that time trying to make nice with the Pope, agreed and transferred the building back to the Catholic church. He also promised the people a bishop, and the Pope dutifully created one. So this huge church finally became a Cathedral, thanks to Napoleon, one of Europe's great unbelievers. 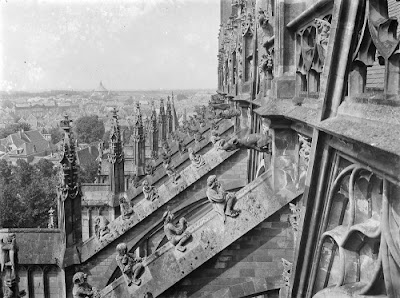 The glory of the building is the sculpture, more than 600 figures. Even the tops of the buttresses are lined with sculptures. 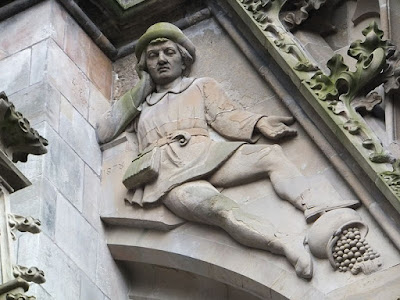 Famous image of the "pea man," a figure from Dutch folklore. 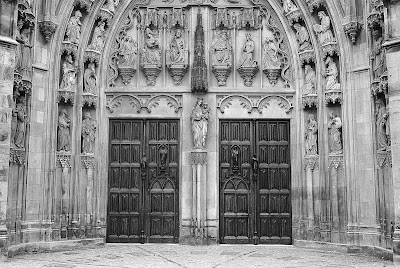 Entrance. And here we start to get into major questions of authenticity. Dutch wikipedia tells us that the cathedral was under restoration "almost continuously" from 1858 to 1985. Among other things the restorers had to completed disassemble this entrance to remove iron locking pins that had rusted and swollen, cracking the stone. No cracks are visible in contemporary images, so I suppose the cracked stones were replaced. 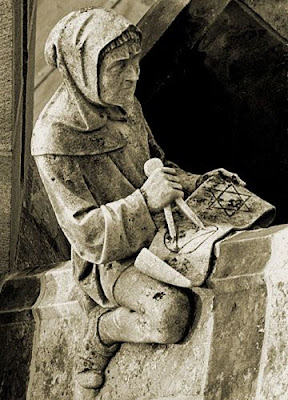 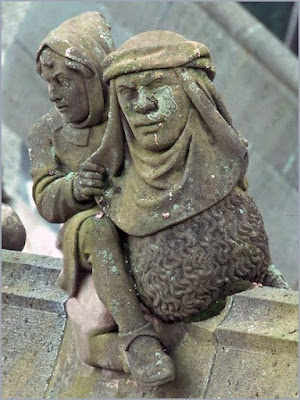 And what about the sculptures? They look so pristine that I wondered if some had been carved in the 19th century. 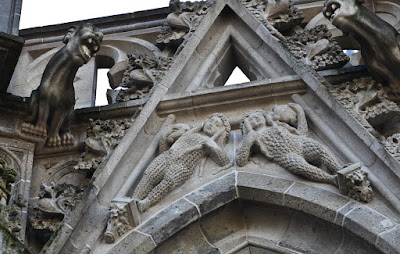 But it seems that most of them are original designs, at least, and those that were replaced were copies made in Portland stone; the originals are in a nearby museum, should you be curious. I have no problem with this; I have never really understood why we need to leave up gargoyles that have melted under acid rainfall to the point of being unrecognizable. 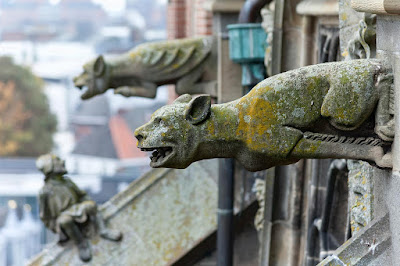 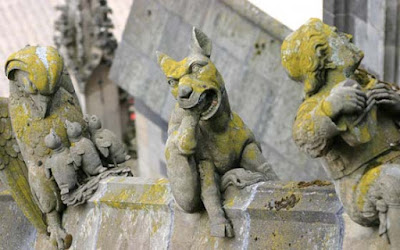 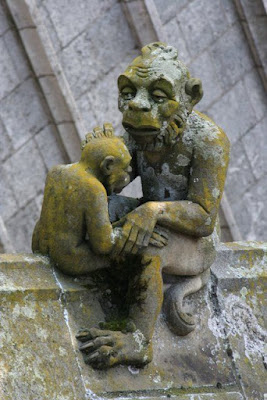 And I'm glad to know that these reflect late medieval sensibility. 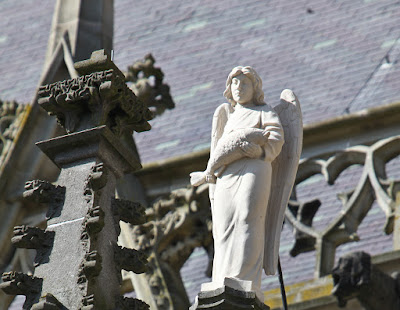 There are actually some new figures on the cathedral as well, but they are obviously different in appearance. 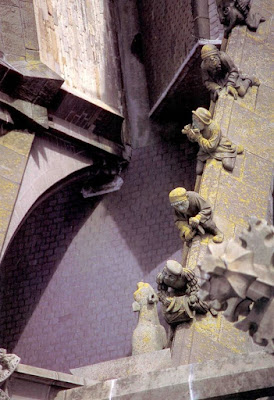 So anyway here is a great marvel of the late Gothic that I never even heard of until this week. How wonderful that there are so many great monuments of the past to discover and explore.
Posted by John at 8:36 AM