If Not Liberalism, What? 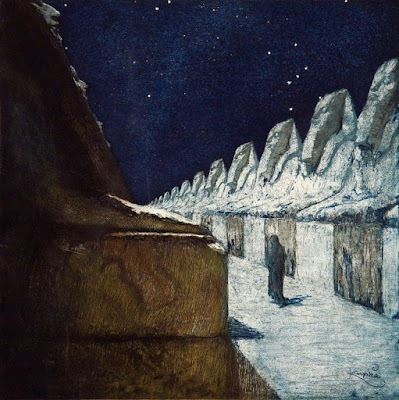 Damon Linker has given some more attention to one of the year's big books, Patrick Deneen's Why Liberalism Failed.  Linker calls the book "breathtakingly radical."

Deneen is talking about "liberalism" in the broadest sense, basically the whole Enlightenment project: freedom, equality, reason, science, the overturning of traditional hierarchies, the smashing of traditional societies and their rules, etc. Deneen's thesis is that the Enlightenment has run its course and left us lonely, spiritually vacant, and miserable. The harder we fight to cast off every possible limitation on our freedom, the more we wonder what to do with it. Rod Dreher summed up Deneen's book as arguing


that liberalism is degenerating to the point where — to put it crudely — more and more people see no real purpose to life beyond shopping and sex.

This may be true. It is, after all, the basic criticism that has been made of the Enlightenment since it first got going. It was put forward in more sophisticated terms by a slew of nineteenth- and twentieth-century philosophers: Kierkegaard, Nietzche, Marx, Marcuse. Sartre wrote a famous play in which he likened freedom to nausea.

So, yeah, freedom brings troubles, and it is probably fair to say that it makes some people miserable. But then some people have always been miserable. Whether more people are miserable now than in the sixteenth century is a hard question, but personally I would rather live now.

Deneen also has a particular criticism of our political moment:


As liberalism has "become more fully itself," as its inner logic has become more evident and its self-contradictions manifest, it has generated pathologies that are at once deformations of its claims yet realizations of liberal ideology. A political philosophy that was launched to foster greater equality, defend a pluralist tapestry of different cultures and beliefs, protect human dignity, and, of course, expand liberty, in practice generates titanic inequality, enforces uniformity and homogeneity, fosters material and spiritual degradation, and undermines freedom.

So pushing freedom too hard leads to oppression, like persecuting bakers who aren't sufficiently on board with gay rights. Again, Deneen is far from the first to notice this problem; I suggest Edmund Burke's Reflections on the Revolution in France (1792) for a basic primer. Not so long ago Simone de Beauvoir suggested that it be made illegal for any mother to stay home with her children, since this would prevent women from achieving full equality in the work force. The temptation to ban things we don't like is always with us.

But anyone who thinks Christian bakers in 21st-century America are less free than medieval serfs is simply mad.

My readers know that I wrestle with these questions all the time. But I always come back to this: what is the alternative? Moralistic dictatorship along the lines of Franco's Spain? Or repressive religious democracy like in 1950s Ireland? Soviet Russia? Saudi Arabia? The real-world examples of people trying hard to "preserve traditional values" and "strengthen communities" end up pretty grim. They have the things that really make modern life awful – bureaucracy, regimentation, politicization, mass-produced sameness – but without the artistic, intellectual, and cultural ferment that makes our age exciting and fun. And without the cash that smooths over many tribulations, since they always seem to clamp down on the economy when they try to clamp down on sin.

I acknowledge that the post-Enlightenment world has problems. But I am not sure they are worse than any other age's problems, or that there is any practical alternative to the cult of individual freedom as a way to organize our world.
Posted by John at 7:38 AM