Today's Place to Daydream about: Merida 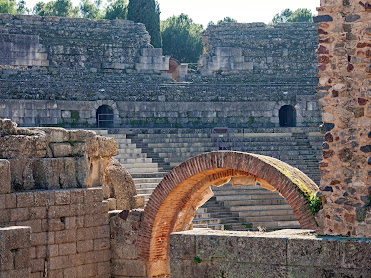 I've been in a Roman mood, so today my thoughts take me to Emerita Augusta, known to moderns as Mérida, Spain. 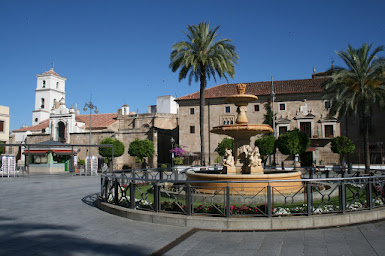 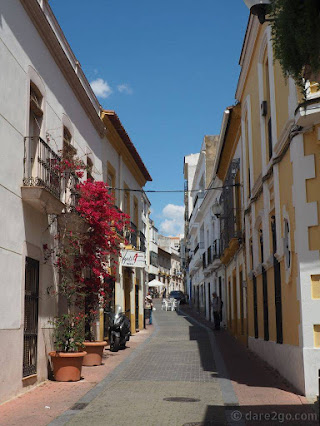 Today Mérida is a modest little city of 60,000 not far from the Portuguese border, the capital of Extremadura. But nobody from outside cares about its modern incarnation; people go to see the amazing remains of Rome. 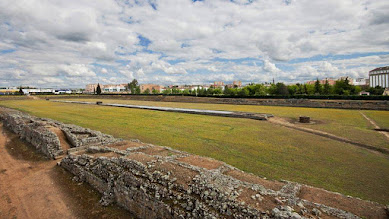 Emerita is the word more familiar to you as emeritus, meaning retired; this was a colony of Roman veterans, founded by Augustus in 25 BC. At that point Augustus was one of the richest men in history, and he gave his veterans everything good Romans needed to feel at home.  A circus, 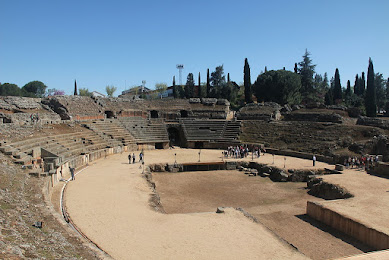 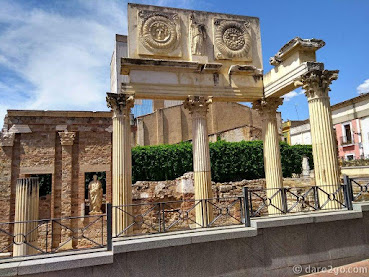 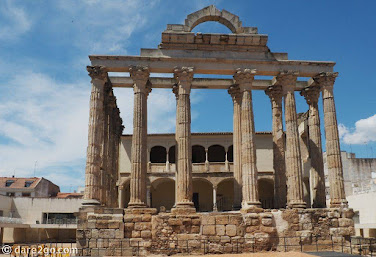 And a theater, about which locals tell a wonderful story. The lore has it that over time the theater had gotten almost entirely filled with rubble and dirt, so that the only thing visible above ground was the damaged uppermost tier of seats. Seven sections of seating were visible, and people called them the Seven Thrones and said seven Muslim kings had sat on them to judge the populace, deciding whether to destroy the town or allow it to continue under their rule. 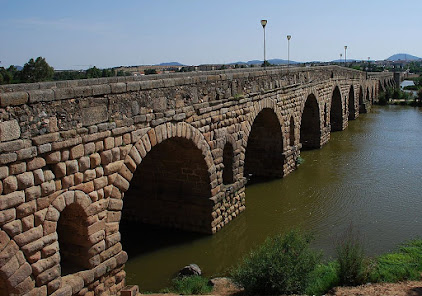 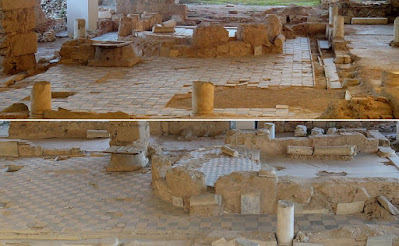 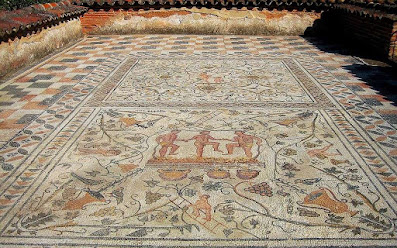 Several private villas have been excavated in the town. 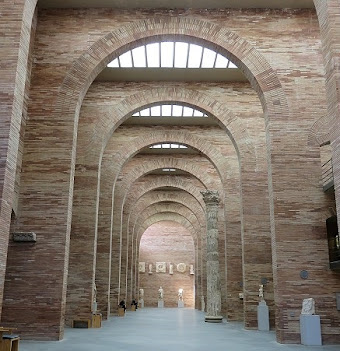 For those interested in history the National Museum of Roman Art is a must visit; this was the first museum outside Madrid to be designated "national" by the Spanish government, and you can see why. The building was designed by Rafael Moneo, its stone arches evoking the construction of many local Roman buildings. 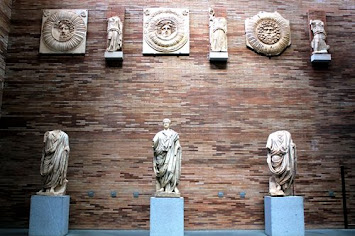 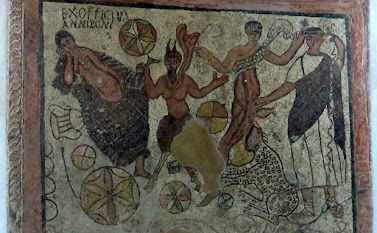 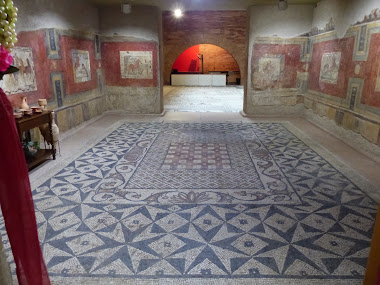 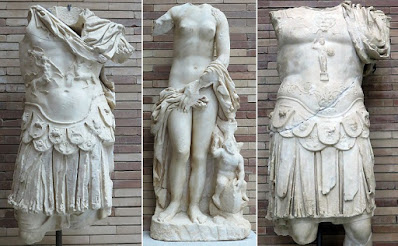 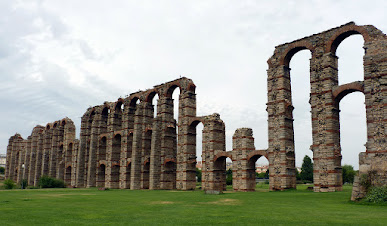 But what really fascinates me is the surviving Roman waterworks There are three aqueducts, and substantial sections of all three survive. This is the Proserpina, the last to be built, in the time of Trajan. 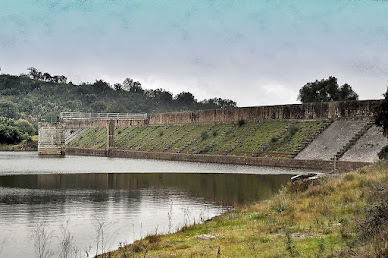 And this dam, also built in Trajan's time, which created a reservoir that fed the aqueducts. The dam has of course been maintained and repaired over the centuries but its core is still stones laid by Roman masons 1900 years ago:

The Proserpina aqueduct is based at a dam which is located about 10 km north of Merida. It is the youngest of the three aqueducts of Merida and was build in the time of Traian at the beginning of the first century AD. A feeder aqueduct brings additional water into the reservoir of the dam, which collects the water from the Proserpina aqueduct. The dam is 427m long, 21.6m high and at the crest 2.3m wide. It is a earthen dam supported on the inside by a 6m thick retaining wall. This wall is built from a concrete core and granite masonry facing. The dam is built from three segments of slightly different orientation. On the inside nine buttresses support the retaining wall of the dam when the water is drained from the reservoir; without these buttresses, the retaining wall would collapse due to the pressure of the wet earth in the dam embarkment behind it. It has been suggested that is was the collapse of another similar dam, that of Alcantarilla for the aqueduct of Toledo, which brought the Roman engineers to build this safety feature into their design. On the outside, there are also buttresses, 16 in total, supporting the retaining wall, but these are covered by the earth embarkment and only known from drilling. 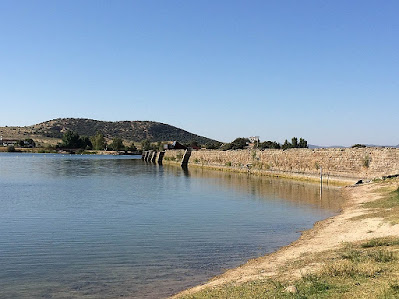 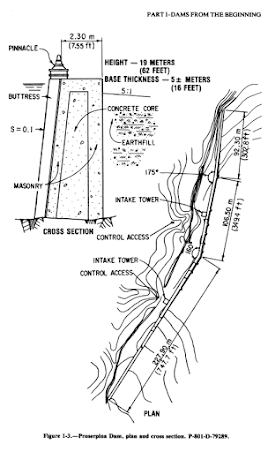 Astonishing, that so much survives from so long ago. 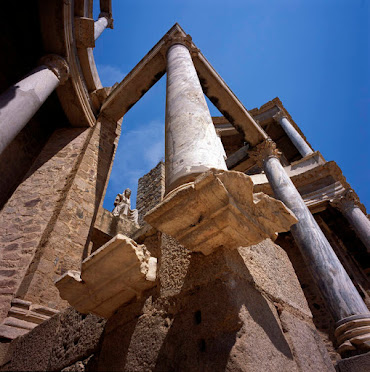