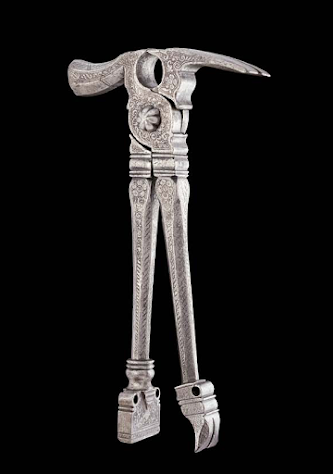 When a sea slug head gets tired of its body, it can cast off the whole body and grow a new one.

Scott Alexander reviews the science on depression and synapse creation in the brain.

Interesting profile of mathematician and educator Sarah Hart, who says "I am pathologically interested in everything." Me, too. (New York Times)

Long take-down of Edward Said's Orientalism, a book that was all the rage when I was in graduate school and which I have always despised.

The Russians tried to interfere in the US presidential election, had no effect. (New York Times)

Melissa Rein Lively narrates, in remarkably frank fashion, the descent into QAnon-enabled madness that ended with her destroying a display of masks at Target in a viral video.

Intelligent commentary on the discovery, in Peru, of a Paleoindian woman buried with hunting implements and how this relates to the "Man the Hunter" narrative.

A Chinese resort composed of fake "tree houses." Individually kind of cool but when you see them in a row they scream in wordless horror about the commodification of everything you ever dreamed might be wonderful.

Thirty-minute video laying out the new interpretation of the Antikythera Mechanism – quite amazing. And you thought prime factoring was some useless nonsense you had to learn in middle school.

Not everyone in the US sees race the way woke activists do. Consider the Virginia police officers who danced with protesters at a Black Lives Matter rally but then ended up storming the Capitol on January 6. (New York Times)

Are there any progressive heroes in the past? Feminist writer Charlotte Perkins Gillman analyzed with great perception the woes of middle class white women, and the experience of depression, but was an anti-immigrant racist and eugenicist. Many progressive stars of that era, the people who fought Jim Crow, broke up the industrial trusts, founded the National Park Service, etc. had at least a strong interest in eugenics.

When did the Anthropocene, the era when humans decisively impacted the earth's planetary systems, begin? Agriculture? Industrialization? Nuclear explosions?

Since 1980, the average horsepower of new cars sold in the US has risen from 100 to 212. All that power burns billions of gallons of gasoline and puts millions of extra tons of CO2 in the air.

Kate Baer is the best-selling poet in America and an Instagram star. She takes perfectly ordinary words about the ambivalence of motherhood, arranges them like poems, takes a photo of the page and posts it. There is no rhythm, precious little imagery. It's almost anti-art. People love it. If you want a sample, just search "Kate Baer poems" and click on the images tag. But it's more interesting under the heading of "what people really want" than anything to do with poetry.

Among the companies that have boomed in the pandemic: Märklin model trains. (New York Times)

Interesting podcast interview with the authors of a new analysis of Biden's win, called Lucky. They think that without the pandemic, Trump would have won, and they say Biden's political team also believes this. Also interesting on the three days from the South Carolina primary to Super Tuesday when Biden effectively sewed up the nomination; among other things, Obama was actively working the phones, persuading other candidates to drop out and endorse Biden.

I would agree with the analysis of the authors of Lucky. That Trump was not rejected in a landslide and as a matter of principle breaks my heart. I do not exaggerate.

Take away the etching and this could be a wholly modern piece (although handmade instead of machine forged).

Which makes me wonder - surely modern acid / chemical etching is cheap and affordable? You'd think some tool maker out there would see a historical piece like this and think, "I bet if our tools looked this aesthetically pleasing, we'd probably make more money even with the added cost of etching".

Heck, I wonder if you could do something almost as good with lasers even more cheaply.

No, what they are is a scam, and one that has profound negative impacts on both the environment and on artists, art culture, and art economics.