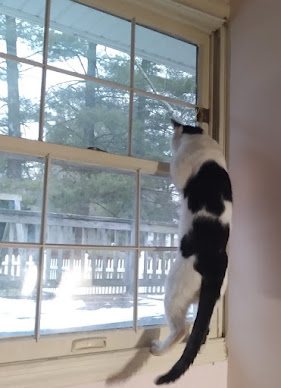 So, the cat. You have to imagine him scrabbling at the window, his little claws scratching across the glass, yowling the whole time. Not sure what this was about, but this is my home office space, so it was a bit of a distraction. 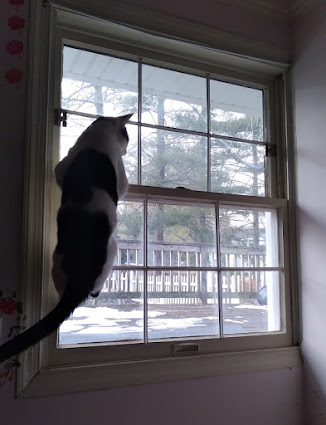 And not just once but repeatedly. If I could see something happening outside I might understand better. but I don't. This is the cat my wife just brought home one day. 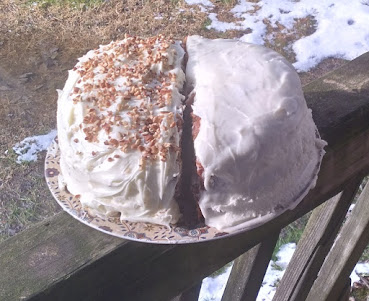 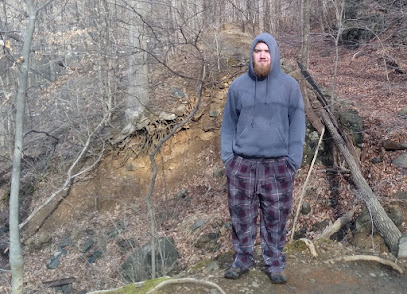 My son Ben, now 18, poses by a break in the Patapsco mill race created by a small stream. 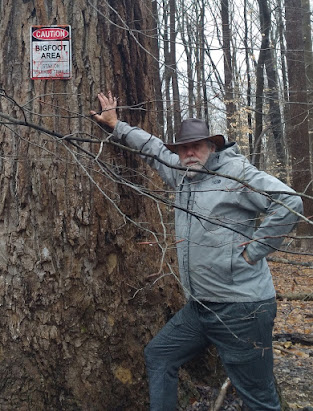 I demonstrate my manly lack of fear of bigfoot. 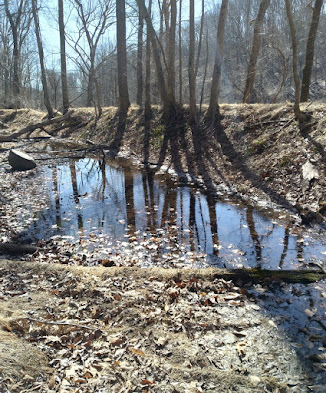 Thursday Ben came home from a walk in the woods bubbling about frogs. He stumbled across a pond full of them, he said, all splashing around and singing their little hearts out. I had to work, cursed be that hated word, so I could not go straight down. By the time I arrived Friday afternoon things had settled down a lot. You can see that this "pond" is actually just a segment of the mill race. 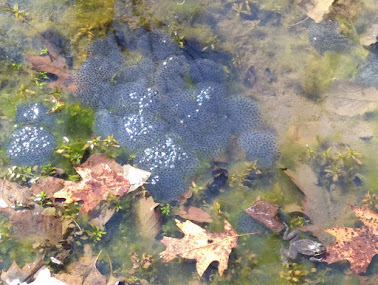 I did see several frogs and hear them singing all around me, but these masses of frog eggs show that I was late for the main event. 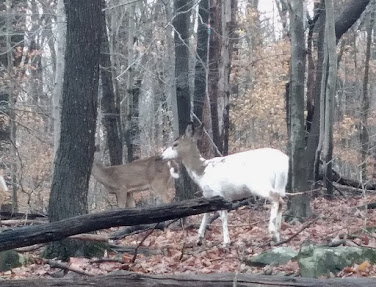 On the way back I ran into our old friend the mostly white deer, now nearly grown. I have to think that if we had any predators this guy wouldn't have lived nearly this long. 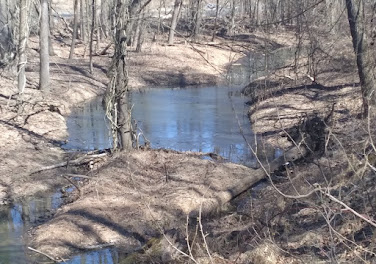 The beavers also made it through the winter. In this picture you can see the little dam they built, two sections on either side of the island. 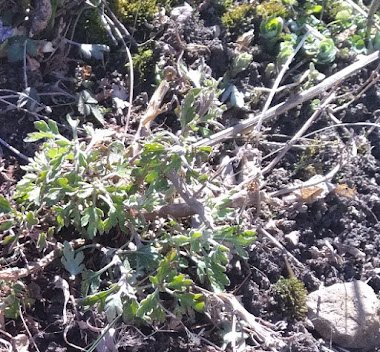 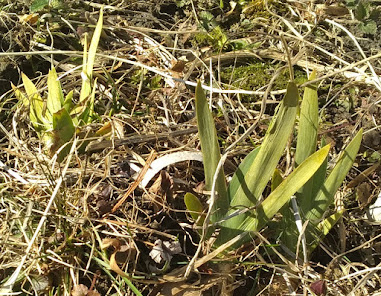 Spent time in the garden this sunny weekend, cleaning up from the winter. Lots of little green plants coming up. I just ordered a new rose bush and some other plants, and I can't wait to get my hands into the dirt.
Posted by John at 2:25 PM