Ella Standage is a classics student who creates collage poems made mostly from cut up texts, posting them on a blog called "a language only the dead speak." I found several of her pieces interesting but the one below is my favorite. She says it was composed from snippets of emails and course texts, except that the lines in italics are quotes from her Middle Egyptian professor. It took me two readings of this to realize it was a carefully composed poem, not an accidental assemblage. 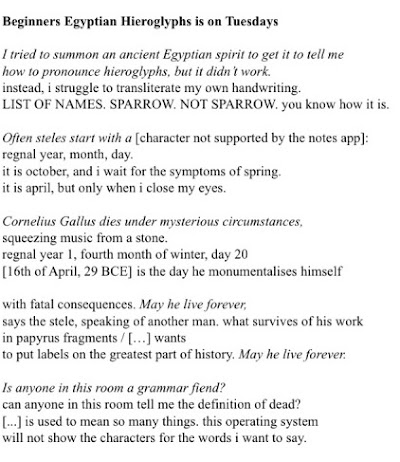 ...do you mean the lines in Italics? I'm not seeing any cursive font.