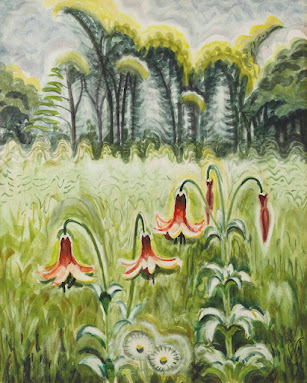 Layers of London, online digital map that allows you to overlay maps of different periods to see how the city has changed. They have a ton of maps, and if you are busy you should be warned that this is a major potential distraction.

Dunnotar Castle and the Pictish Hill Fort at Dunnicaer in a 3 minute 30 second video.

Harvard is hiring a post-doc to help with mammoth de-extinction.

Among the several thousand provisions in the stimulus bill is a little change that will discourage for-profit colleges from harassing veterans. (New York Times) Veterans groups have been pushing this for a decade but it took a giant omnium gatherum like the stimulus bill to get it slipped through.

Nicholas Kristof on the transformation of Bangladesh, which in the 1970s was pretty much synonymous with "Third World Disaster Zone" but is now thriving, thanks largely to universal education and a major investment in poor women (New York Times)

Renaissance breastplate and helmet stolen from the Louvre in 1983 spotted at estate auction, seized by police.

Phrenology is back: facial recognition software has been trained to guess your party affiliation with 72% accuracy.

A route to socialism you might not have considered: what if one giant investment firm owned so much of so many companies that it started pushing them to work together for the good of all? "BlackRock is actually calling drug companies and telling them to cooperate to find a cure without worrying about credit or patents or profits."

Related: "in the near future roughly twelve individuals will have practical power over the majority of U.S. public companies."

Leigh Stein follows a lot of spiritual "self care" gurus on Instagram but is unsatisfied and wonders about joining a church. (New York Times)

Tesla is installing huge batteries all over the country, including a major new site in Texas, intended to help stabilize ERCOT's grid. Energy storage is now the fastest growing part of the company.

The rise of ironclad warships in the mid 19th century, an international perspective.

Private cities in India and China.

Who can translate woke poetry?

Review of a new, unexpurgated version of the diaries of Chips Cannon, who was a "a snobbish, sexually voracious Tory who revered Hitler" and eventually left his heiress wife for their male gardener. The diaries are full, it seems, of observations like this, penned after a visit to the 1936 Olympics in Berlin:

It is curious the division of racial mentality, and it reduces itself to a question of sex; all people, whether male or female, who are attracted by men and force are pro-German. The ‘softies’ like Hubert Duggan, who make a cult of female-worship, are pro-French. Duff Cooper, who adores women to an almost insane pitch, and is always trying to rape them in taxis etc, is immeasurably pro-French. Sometimes I wonder whether he is not also a bit pro-war?

This seems staggeringly obvious to me. They're on the other side of the Pacific, they'd steamroll Taiwan in the initial stages and then be fighting defensively in territory they know very well afterward, and they've got an utterly massive number of troops with reasonably good quality equipment. All the odds would be massively stacked in their favor.

Taiwan's independence doesn't hinge on US military might, but rather global diplomatic pressure. China isn't scared of a war, but they don't particularly like the idea of dealing with unrest in a conquered Taiwan, and even more than that they also very much don't want to turn the global economy against them. Gaining Taiwan at the cost of losing foreign trade just isn't an attractive trade to China.

"Schools will no longer be able to “cheat veterans and service members out of their education benefits while providing them with a low-quality education, useless degrees, and burdening them with student loan debt,” said Representative Mark Takano, a California Democrat and chairman of the House Veterans Affairs Committee, who pushed for the new rule to be included in the pandemic relief package."

Why would these for-profit colleges no longer be able to "cheat?" Sure, this makes it harder, but it doesn't make it impossible, and there is so much money to be had that I'm sure creative minds are already at work looking for new ways to game the system. I mean, they are only requiring 10% of their revenues to be from non-federal sources. That leaves a big target on Feds. I would think if they were serious about this that percentage would be more than a bit higher. And as the article shows, they are already adjusting.

Your analysis seems to me to depend too much on assuming that the Chinese government's highest priority will always be good trade relationships with countries that might cut off trade with them if they invade Taiwan. It also depends too much on assuming that the Chinese government won't gamble, erroneously or not, that many countries that might be alarmed by a Taiwan invasion won't decide that they're too dependent on trade with China (especially on trade with China following the just-in-time model) that they won't simply let China have it's way with Taiwan.

In the article itself, there several interesting additional points. One is that the main scenario discussed involves a Chinese biological attack on US forward bases. Another is that a scenario in which the "blue" (US) team configured their forces differently (less forward positioning and more reliance on weaponry that can be fired from a great distance) persuaded the "red" (China) team (and the article notes the leader of the team in this case was renowned as an aggressive commander) to forego an invasion as too risky.

A final point I found interesting is that no scenario is mentioned in which the US/Taiwan side (or, for that matter, the Chinese side) resorts to swarms of drones.

One thing that's clear is that the favorite weapons of each branch (aircraft carriers, air superiority fighters, and tanks) are of limited utility against a power whose technology is comparable to our own.

If China isn't being held back by diplomatic pressure and isn't afraid of losing trade, why haven't they just taken Taiwan already? They have nearly every strategic advantage they could hope for in the event of a conventional war, to a seemingly overwhelming degree. You say it yourself - all our favorite weapons are of limited value, so what is it about US military forces that is supposedly stopping China?

You seem to be basing the notion that China fears our military force enough to avoid an invasion solely on 1) the opinion of a US commander rather than any sort of knowledge of the Chinese military's opinion and 2) the results of a war game which is operating off a hypothetical that does not reflect reality - our forces are currently NOT configured differently with "less forward positions and more reliance on weaponry that can be fired from a great distance". To quote the eternally execrable Rumsfeld who nevertheless sometimes got things right, "You go to war with the army you have, not the army you might want or wish to have at a later time."

If you want me to believe that China is hesitant to invade Taiwan out of fear of US military repercussions rather than global diplomatic ones, I'm going to need something more convincing than a single commander's choice in a war game that deviates wildly from the real world conditions of readiness and deployment.

Until 2018, US war games consistently showed a Chinese invasion attempt ending with, as a friend of mine in the State Department put it, "lots of dead Chinese." Conquering Taiwan would not be easy. If the US could keep two aircraft carriers on station, it would be pretty much impossible. Chinese success would depend on denying the US bases from which it can keep fighters flying. Which depends on missiles that can sink carriers and destroy air bases.

The new US strategy is going to be keeping our assets widely distributed, rather than concentrated at bases or carriers, like basing one plane on each road in Taiwan, with its own ground team, and relying on B-21 bombers that fly from Hawaii. In war games, this is a winning strategy.

If US planes are in the air over the strait, Taiwan cannot be conquered. Those weapons are simply too deadly. In the Gulf two US A-6 fighter bombers, that is, old, not very sophisticated planes, destroyed a whole wave of Iraqi gunboats in minutes.

You're misreading me. I in no way said or meant to imply that current Chinese thinking is affected in any way by the stuff I discussed in my second paragraph. I just thought those were interesting features in the article.

Your comment's tone is a curiously absolute reversal of the tone of the article. Since one carrier was extremely vulnerable (at least in the article), why would two suddenly make the conquest pretty much impossible? I'm not getting it. I got the impression from the article that the Chinese now had the missiles, bioweapons, and maybe even other options to take out multiple US big ships. Perhaps I'm misreading it.

I'm no military strategist and I haven't read the article, but it strikes me that China having a war with the U.S. not far off its coast is a deterrent in itself. If they lose, they are vulnerable to invasion. If the U.S. loses, it is not. But in this day and age maybe nothing is as simple at that.

FWIW, I don't think China is that vulnerable to invasion. It's a huge country with a population of close to 1.5 billion, many of them quite nationalistic. Good luck occupying that. They also have a nuclear arsenal.

On the other hand, a Chinese government that launched a failed invasion of Taiwan would be highly vulnerable to overthrow by an opposing faction within the ruling oligarchy. It strikes me that may be the risk that gives Chinese rulers the most pause.

Right on both accounts. I see no way to occupy; invade and leave is another matter. What's probably more likely is a huge military base on Taiwan.

Thinking about this, it seems the first paragraph in your post is referring to the pre-2018 situation, when two carriers would have made the conquest impossible. Your second paragraph refers to the new situation, I take it.

Related to all this, I wonder if the new results of the games have to do with the rules set beforehand. I have this memory of an article about Pentagon wargames, which made it seem as if the games were played and replayed, with each iteration restricting the Red Team more and more, until the brass got the result it wanted. The example given was, in my very unreliable memory, something like a US-Soviet war in which the Soviets weren't allowed to deploy vast arrays of SAMs, or a US invasion of a Middle Eastern country in which the opponents could use only conventional military techniques. Something like that, something where an obvious, effective Red Team tactic simply wasn't allowed. Anyway, I wonder if the new results reflect the "Chinese" Red Team being allowed to do whatever it wants. Of course, that may not be the case, and the change in results may reflect real changes in Chinese capabilities.