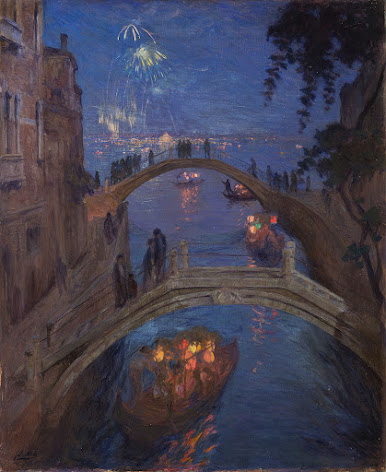 Virtual tour of the Capitoline Museum in Rome.

Sign of the times: solar farm to be built on old Maryland coal mine.

Maya diplomat Apoch'Waal, "standard bearer" for the king of Calakmul, paid for one stair of a new temple to bear an inscription describing his glorious career – the Maya equivalent of putting your name on a park bench, I guess – but somehow ended up buried nearby in a very modest grave. The excavators think ill health (arthritis and tooth abscesses) may have contributed to his decline in status. On the other hand a diplomatic career always carries the risk of blundering badly and earning the extreme displeasure of your boss.

Plants grew in Greenland's interior a million or so years ago, meaning it has been ice free within the Pleistocene. And could presumably be so again, raising global sea levels 21 feet. (Washington Post) Another important discovery made in material that has been on a museum shelf for decades.

According to this study, becoming an expert in a field numbs the emotion you used to get from it. If true, this is a good argument for always pursuing new interests.

People with social anxiety are not looking forward to the pandemic's end. And that actually covers a lot of people; 43% of the respondents to one survey are at least ambivalent about the return of face to face interaction. (New York Times)

The Old Copper Culture: Native Americans around the Great Lakes began making copper implements as much as 9,500 years ago, certainly by 7,000 years ago. Then they stopped.

Pacific sperm whales learned how to avoid being killed by whalers, possibly by communicating with each other.

The scam of using a fake candidate to siphon votes seems to have flipped a state senate election in Florida.

That time William Butler Yeats kicked Alistair Crowley down a flight of stairs. (It was a white magic vs. black magic showdown, but physical force prevailed over incantations.)

Sometimes elections matter. On the other hand: Biden Keeps Trump's Title 42 Policy, Closing Off Asylum at the Border.

Twenty years ago environmentalists were very dubious of fish farms, many of which used wild fish for feed. But that is changing as fish food scientists (really) find ways to make nutritious meal from plants: "Between 2000 and 2017, the study found, the production of farmed fish tripled in volume, even as the catch of wild fish used to make fish feed and fish oil declined." (New York Times)

These economists studied England from 1250 to 1870, say productivity was unchanged from 1250 to 1600 but then started to rise around 4% per decade until 1810, when it accelerated to 18% per decade. Evidence is accumulating that 17th-century economic growth in Europe was real and impressive.

Mu magazine is a Japanese purveyor of stories about Bigfoot, Aliens, Atlantis, nuclear cover-ups and the like, but they wouldn't touch Q-Anon: “It’s too naïve for our readership,” their editor said. (New York Times)

Violence escalates in Myanmar/Burma, with Molotov cocktails thrown in cities and rebel militias training in the jungle. (New York Times) Honestly it sounds like the start of a Syria-sized disaster.

Covid-19 in the NBA: it would be hard to find a group of humans with better lung function than professional basketball players, but many players take a month to get back to normal even after "recovering" from an infection and returning to play, more than twice as long as for the flu.

Covid-19 in the NBA: it would be hard to find a group of humans with better lung function than professional basketball players, but many players take a month to get back to normal even after "recovering" from an infection and returning to play, more than twice as long as for the flu.

Ever have a finely tuned engine get knocked out of whack and need retuned? I have to wonder if this is something like that.

It seems almost obvious to me than organ operating at peak functionality requires more effort to keep at peak functionality, and therefor my intuition would be that if it gets knocked back to down a "baseline" level of function for some reason, it will take longer to return to normal, because "normal" for their organ is so much higher and requires so many more resources than someone else's "normal".

That would seem to make sense - as I understand it, muscle works similarly. It can take an incredibly long time and a huge amount of effort for a top tier athlete or bodybuilder who losses muscle mass from trauma to repair the damage back to "normal", whereas someone else with more ordinary levels will recover to their old functionality much easier.

The bigger you are, the harder you fall, and all that...

We've been contemplating the worrying implications of our profoundly expanded power as a species ever since the Enlightenment and the Industrial Revolution. And while it may often seem as if most of the time, we tend to be overly cautious and perhaps even alarmist about our expanding capabilities, that still shouldn't lead us (but unfortunately has led us) to be complacent and to not give sufficient attention to real, credible, and long observed and predicted threats.

However long we've been voicing such concerns, though, I feel the reality of the human condition and very likely future is grimly summed up in a more recent quote:

‘If we found our Earth was doomed... say, by climatic changes... what would we do about it?’

‘Nothing – just go on squabbling as usual.’

- Quatermass and The Pit (aka Five Million Years To Earth), 1967

"People with social anxiety are not looking forward to the pandemic's end. And that actually covers a lot of people; 43% of the respondents to one survey are at least ambivalent about the return of face to face interaction."

"According to this study, becoming an expert in a field numbs the emotion you used to get from it. If true, this is a good argument for always pursuing new interests."

I stood like one bewitched. I drank it in, in a speechless rapture. The world was new to me, and I had never seen anything like this at home. But as I have said, a day came when I began to cease from noting the glories and the charms which the moon and the sun and the twilight wrought upon the river's face; another day came when I ceased altogether to note them. Then, if that sunset scene had been repeated, I should have looked upon it without rapture, and should have commented upon it, inwardly, after this fashion: This sun means that we are going to have wind to-morrow; that floating log means that the river is rising, small thanks to it; that slanting mark on the water refers to a bluff reef which is going to kill somebody's steamboat one of these nights, if it keeps on stretching out like that; those tumbling 'boils' show a dissolving bar and a changing channel there; the lines and circles in the slick water over yonder are a warning that that troublesome place is shoaling up dangerously; that silver streak in the shadow of the forest is the 'break' from a new snag, and he has located himself in the very best place he could have found to fish for steamboats; that tall dead tree, with a single living branch, is not going to last long, and then how is a body ever going to get through this blind place at night without the friendly old landmark.

No, the romance and the beauty were all gone from the river. All the value any feature of it had for me now was the amount of usefulness it could furnish toward compassing the safe piloting of a steamboat. Since those days, I have pitied doctors from my heart. What does the lovely flush in a beauty's cheek mean to a doctor but a 'break' that ripples above some deadly disease. Are not all her visible charms sown thick with what are to him the signs and symbols of hidden decay? Does he ever see her beauty at all, or doesn't he simply view her professionally, and comment upon her unwholesome condition all to himself? And doesn't he sometimes wonder whether he has gained most or lost most by learning his trade?

Now, for what it's worth, my retired father was a doctor all his adult life, and I brought that passage to him some years ago to ask his opinion. He balked at it - said he found it utterly foreign to his own experiences.

And then there's this fantastic quote by the great Richard Feynman:

I have a friend who is an artist, and he's sometimes taken a view which I don’t agree with very well. He’ll hold up a flower and say “look how beautiful it is,” and I’ll agree. Then he says, “You see, I as an artist can see how beautiful this is, but you as a scientist take this all apart and it becomes a dull thing”. And I think that he’s kind of... nutty.

First of all, the beauty that he sees is available to other people, and to me too. I believe, although I may not be quite as refined aesthetically as he is, that I -can- appreciate the beauty of a flower.

At the same time, I see much more about the flower than he sees. I could imagine the cells in there, the complicated actions inside, which also have a beauty. I mean it’s not just beauty at this dimension, at one centimeter; there’s also beauty at smaller dimensions; the inner structure; also the processes.

The fact that the colors in the flower evolved in order to attract insects to pollinate it is interesting! It means that insects can see the color. It adds a question: does this aesthetic sense also exist in the lower forms? Why is it aesthetic? All kinds of interesting questions which science, knowledge, only adds to the excitement, the mystery and the awe of a flower. It only adds! I don’t understand how it subtracts."

So as is often my refrain, I feel this is probably yet another case of there not being any one human nature, and that different people with different natures probably have different experiences with the amount of emotion they experience after becoming an expert on something.

Consequently, it would seem if this study demonstrates anything, it is that more people (of those tested) are of a human nature that experiences a numbing of emotion from gaining expertise than those of a nature which does not.

Instead, we need to recognize that deep truth: nothing makes sense except in terms of inter-individual variation.

Extroverts never really considered the difficulties of introverts before this, I believe they won't do so afterwards.

Maybe I'm biased, but from where I'm sitting it seems like part of -being- an extrovert is lacking the sort of heightened sensitivities to the comfort levels of others. I personally don't see a lot of overlap between the kind of people who are reflexively and constantly concerned about ensuring everyone around them is as comfortable as feasible at all times, and the kind of outgoing, unabashed, always-comfortable-and-confident personality of an extrovert.