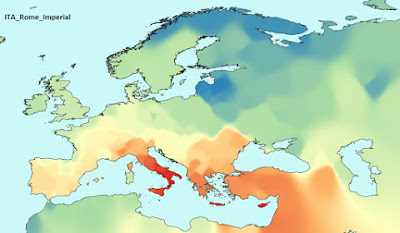 The blogger at Eurogenes took the data from the Antonio et al. study of 127 genomes from Roman history and created these cool maps. The hotter the color the greater the similarity to the genes of that period in Rome. Above, the Imperial Period, 27 BC to 300 AD. Notice the strong similarity to Syria, Palestine, and Cyprus, indicating migration from the eastern Mediterranean. 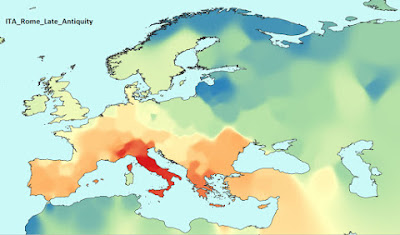 Late Antiquity, 300-700 AD. Shifting back toward western Europe, indicating barbarian invaders or other migrants from the west. 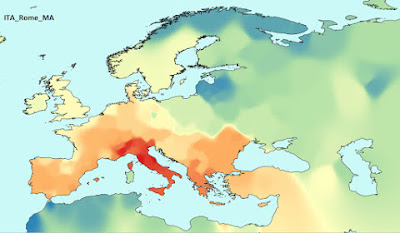