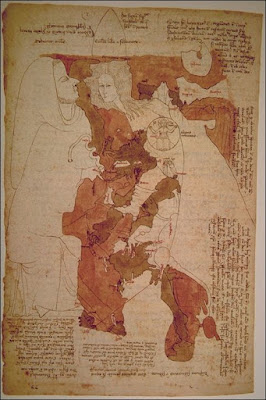 The Acorn Rangers, determined to safeguard the squirrels of Seoul.

The bollards of east London, a photo essay.

Mass protests in Chile against – well, everything.

Speaking of which, the frequency of mass protests around the world continues to increase, but their success rate is plummeting, from 70% in the 1970s to 30% since 2000.

A poet who believes in ghosts pens an essay about creativity and the spirit world, vaguely shamanistic, possibly insane, which leaves me meditating on the connections between art, madness, and religion.

Genetic study of elite Jamaican sprinters finds that they are no more similar genetically than random Jamaicans. The genes for athletic performance remains as elusive as those for intelligence.

The five best books about Napoleon.

Review of Jill Lepore's one-volume history of the US, These Truths, leftist but interesting.

At the MAGA church: Trump in Biblical prophecy
Posted by John at 7:49 AM

This is some choice, top-shelf, Grade-A insanity.

What an appalling mess of totally unrelated historical elements juxtaposed hideously against each other in the name of some sort of twisted propagandic ultra-conservative religious fever dream. Absolutely disgusting.

At the MAGA church: Trump in Biblical prophecy.

“Some of you have been saying you want to live in biblical times,” Mr. Cahn said, pacing behind a lectern. Then he spread his hands wide. “Well, you are.”

It bothers me to no end that people still fall for this crap. People have spent the past 2000+ years saying the exact same nonsense:

"We're living in The End Times! This exact moment in time was predicted in the Bible! You can tell because of the incredibly vague and tortured symbolism!

All those thousands of previous declarations of the end of the world? Ignore those! They were premature! They misread the scriptures and signs! But this time, surely, we've got it right! And if not, we'll just try again in a few more years!"

What is wrong with humanity that this idiocy is still taken seriously by anyone?