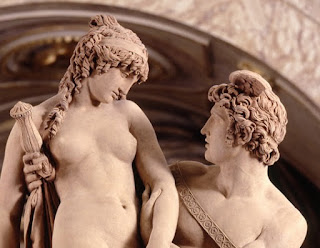 Joseph Chinard (1756-1813) was a French sculptor who lived through the most tumultuous period of his country's history, and I am fascinated both by his art and the way he prospered through revolution and counter-revolution alike. 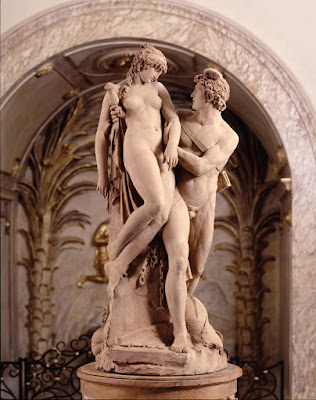 
In a biography of Joseph Chinard read to the Academy of Lyon a year after his death, a local historian reported that the sculptor's first attempts at art were confections made for the local bakers and candymakers in Lyons. Whether this legend is true or not, it speaks to the qualities of intimacy, delicacy, and refinement for which Chinard's work was so admired. He received his first formal training at a free, government-supported art school in Lyon and later studied in a workshop. From 1784 to 1787 he worked in Rome, sending back to Lyon copies of antique works to fulfill commissions from the local bourgeoisie and nobility. During this period, he won the first prize in sculpture from the Accademia di San Luca, a rare accomplishment for a foreigner.

Above and top show an unfinished marble version of the sculpture that won him the prize, Perseus Freeing Andromeda, 1791. 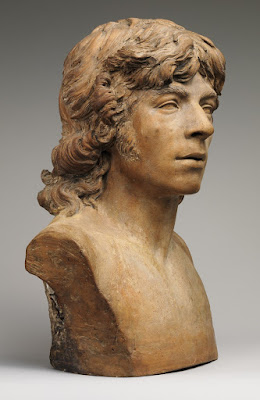 And then of course came the Revolution. Such times:


In 1791 he departed again for Rome with various commissions, including candelabra bases for the merchant van Risambourg representing Apollo Trampling Superstition and Jupiter Striking Down Aristocracy. The terracotta models for these were seen as attacks on religion and led to his arrest in September 1792. Imprisoned in Castel Sant'Angelo, he was released and expelled from Rome in November. Back in Lyon Chinard received a hero's welcome; but, ironically, works he designed soon thereafter for his native city's Hôtel de Ville were perceived as counter-revolutionary. As a result he was denounced and imprisoned in October 1793.

Portrait of an Unknown Revolutionary, 1795, now in the Met. The force of this work comes from portraying an anonymous, informal, hip, possibly radical young man with trendy hair in a severe classical style. Chinard is generally classed as a neoclassical sculptor, but a work like this shows a much more personal and immediate touch. 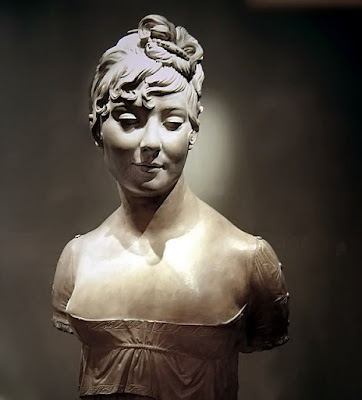 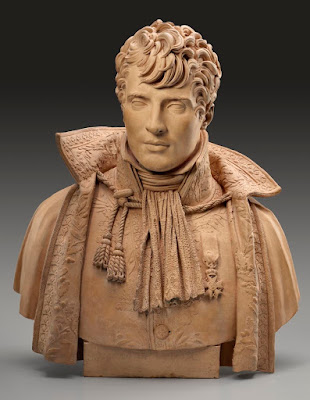 Chinard prospered under the Napoleonic regime and completed many fine busts of elite French men and women. I love this one, Vincent de Margnolas, 1809 - what a dandy. 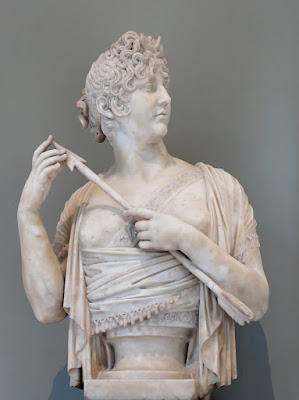 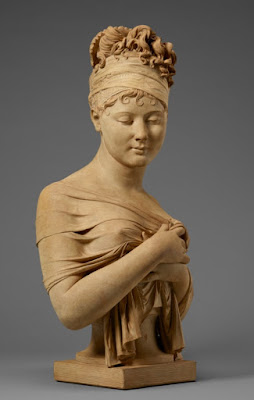 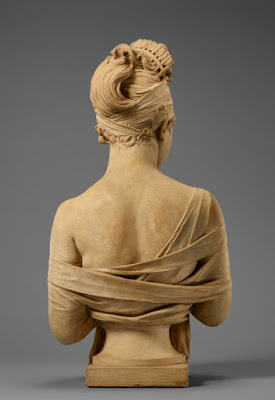 A terracotta portrait of Madame de Recamier, whom Chinard sculpted several times. In the Getty. 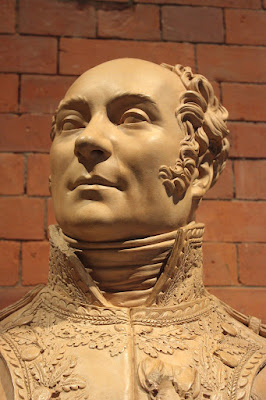 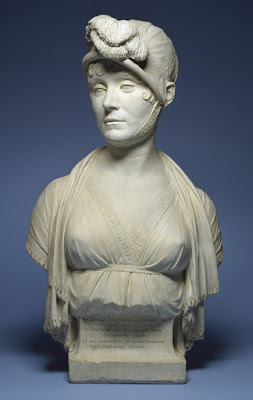 So Chinard went on with his work, sculpting religious and classical scenes in Rome, young revolutionaries under the Convention, generals under Napoleon. Keep pushing on, as they say. (The Artist's Wife, 1803)
Posted by John at 4:08 PM