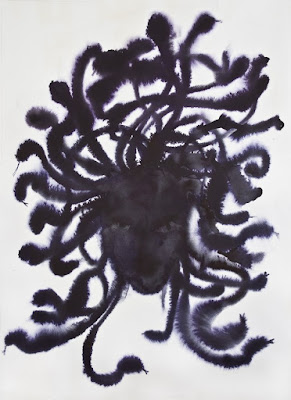 David Brooks thinks the populist revolts of the past decade are giving way to a wave of middle class revolts against the populists.

Is a new iron curtain rising between the US and China?

Caste is still very powerful in India: "I show that 43% of workers refuse to spend ten minutes working on tasks associated with other castes, even when offered ten times their daily wage."

A little review of Transcranial direct Current Stimulation, that is, zapping your head with 0.002 amperes of electricity, which some people think might make us smarter and happier and others roll their eyes at.

Mr. Rogers and the dark emotions of children.

Talk about entirely missing the point.

They're not supposed to make the traumatic content any easier to cope with.

They're supposed to give people a chance to walk away before they have to cope.

If I'm feeling depressed and want to watch a movie I don't know is sad / upsetting, I would very much appreciate if someone could warn me "Oh - maybe don't watch that one right now, it's a real bummer", so I could watch something else. It doesn't mean I'll never watch that movie, but it does mean I can wait until I'm in a better place mentally before I try to grapple with the difficult content.

The point of a trigger warning is to inform people that they content they are about to encounter might be more traumatic than they were expecting and are prepared to handle at the given moment.

That's why they're used primarily for things like lectures and presentations, whether that be in a college classroom or a Youtube video. The point is to warn people in advance when there's some unusually traumatic content going to be covered, so that no one is blindsided by it. The warning itself doesn't reduce trauma, it just gives people a chance to control when they confront that trauma.

It's always going to be hard for, say, a rape victim to read a novel for their English class that includes a graphic depiction of sexual violence, but at least if they know that it's coming beforehand they can choose to not blunder into at a moment when they're particularly vulnerable or sensitive.

If you read the article you'll see that they consider what you are saying and reject it; they find no evidence that preparing to face unpleasant content at the right time reduces the trauma compared to encountering it blind. They also find no evidence that avoiding the content altogether reduces the trauma, perhaps because bowing out of watching a video about rape just reminds you of how much rape upsets you, etc.

Again, I'm not saying it reduces the trauma. I'm saying the amount of trauma stays the same, but the timing is better.

The article also talks about a study that showed a warning before reading distressing comment didn't help much in terms of the participant's emotional reaction - but again, that's not the point. The warning isn't supposed to make your emotional reaction less negative - it's supposed to prevent you from suffering such a negative reaction when you're not currently equipped to handle it.

It's like having to pay a costly bill but you're currently broke and are waiting on your paycheque. If the person you owe says "Hey, I was hoping you could pay right now, but if that would be a hardship, then we'll settle up after payday on Friday", that makes a world of difference.

That's what a trigger warning is - a chance to "pay" at a better time. The amount you pay doesn't change at all, but that's not the point. The hit to your wallet isn't made smaller, but it IS made more manageable.

But wait, there's more - many times, a trigger warning can allow someone to avoid having to make a "payment" altogether, by choosing to "buy" an alternative option.

If a student didn't realize they'd be forced to read a work they don't believe they'll be able to handle, forewarning allows them to change their plans. They'll be able to talk to their professor about perhaps being given special consideration and allowed to do an alternative assignment. Or if that's not possible, with enough warning they can drop a class entirely and take a different offering instead. Or even if that's not possible, it still might allow them to decide if they want to elect to take a hit to their final grade and just not do that particular assignment, assuming their performance in the rest of the class can compensate.

Students have a fundamental right to know what they're going to be expected to grapple with, and make informed decisions based on that information. And it's not just students - it's also unsuspecting people on Youtube watching videos; it's also people attending public lectures, or attending book readings, or attending panels at conventions, or any number of similar situations.

It's like food allergy warnings. A label informing you about nut content doesn't somehow LESSEN the allergic reaction a person will have if they consume nuts, but it DOES allow them to decide NOT to consume those nuts in the first place - or in the case of a mild allergy or intolerance, to consume a smaller amount, or spread it out over a larger period of time. It might even allow someone who has a temporary problem to wait until their problem is alleviated or eliminated entirely.