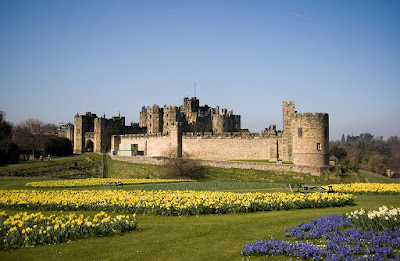 Alnwick is the seat of the Dukes of Northumberland, one of the most famous and visited castles in the north of England. The oldest stonework goes back to not long after the Norman Conquest, but of course it has been rebuilt and enlarged many times. 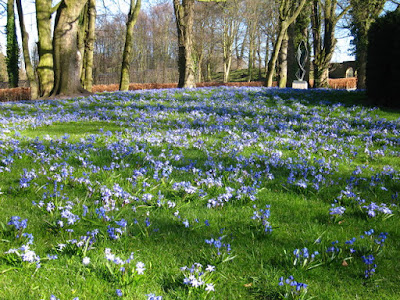 These days the castle itself is a secondary attraction compared to the spectacular gardens, about which there is a story:


In 1995, Jane Percy became the Duchess of Northumberland, a county in northeastern England that stretches to the border with Scotland, after her husband's brother died unexpectedly. With the title came the Alnwick Castle, the traditional seat of the Duke of Northumberland (it also served as the setting for Hogwarts in the first two Harry Potter films). After the family took up residence in the castle, Percy's husband asked her to do something with the gardens, which at the time were a disused commercial forestry boasting nothing more than rows and rows of Christmas trees.

"I think he thought, 'That will keep her quiet, she’ll just plant a few roses and that’ll be it,'" the duchess says. But Percy did more than plant a few roses. In 1996, she hired Jacques Wirtz, a landscape architect who has worked with the Tuileries in Paris and the gardens of the French president's residence, to help reimagine the Alnwick Garden. Today, the gardens encompass 14 acres and attract over 600,000 visitors each year, making them one of North England's most popular tourist attractions. 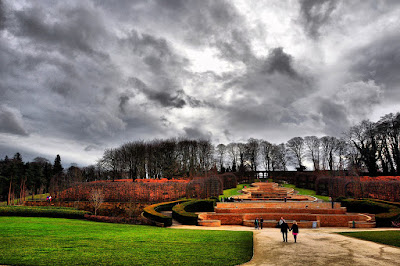 I have long been fascinated by these stories married couples tell about their relationships, which so often fall into stereotypical patterns. I wonder, where does the stereotyping come in: is it the relationships themselves, or they way we talk about them? Both, I suppose; but which is more important? Do marriages really follow patterns, or is every relationship unique, and we render them commonplace so as to better communicate with others? 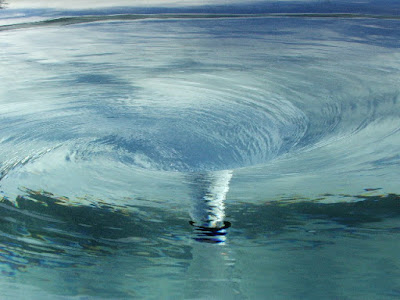 Anyway the ambitious duchess was not satisfied with an ordinary garden, and she went out of her way to make hers distinctive. As with the whirlpool fountain. 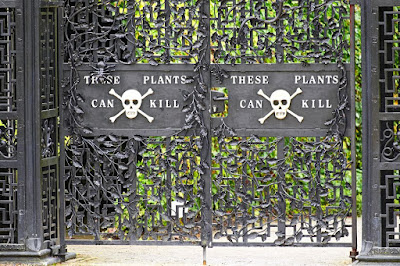 And especially with the poison garden. 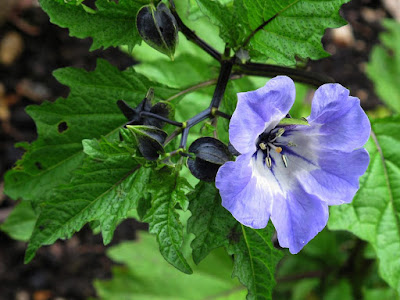 This is a small garden that displays only poisonous plants, some of them very dangerous indeed, like deadly nightshade. 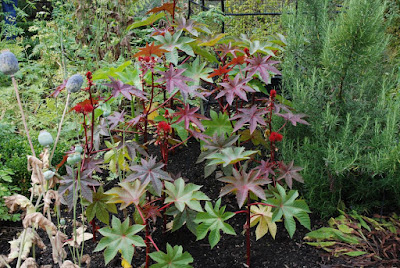 Others are only dangerous if you put a lot of work into refining and concentrating the poison, like the castor bean, from which ricin is made. 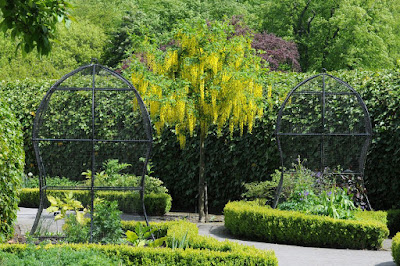 What a genius idea, and how pleasing that no busy-body bureaucrat has intervened to put a stop to it. (Yes, laburnum and laurel hedge can both be poisonous.) 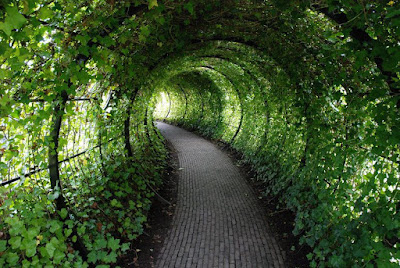