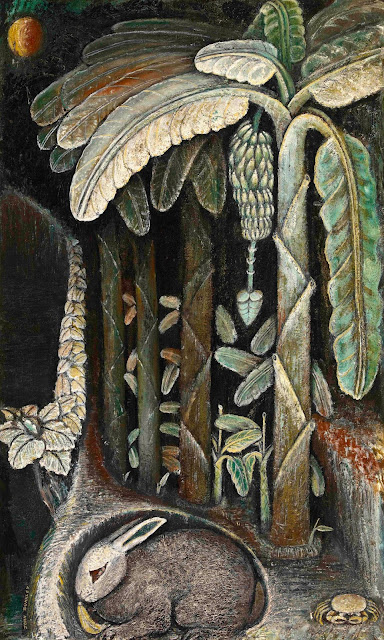 John Dunkley (1891-1947) was an untrained Jamaican artist who has lately gotten a lot of art world attention, including a major retrospective show at the American Folk Art Museum. (Banana Plantation, 1945) 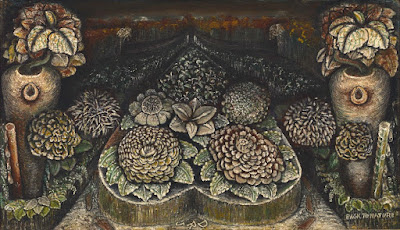 Although Dunkley never took an art class he did study art on his own, and critics think he was influenced by William Blake and Henri Rousseau. (Back to Nature; the rest of these are not dated but they all seem to come from the 1930s and 1940s. 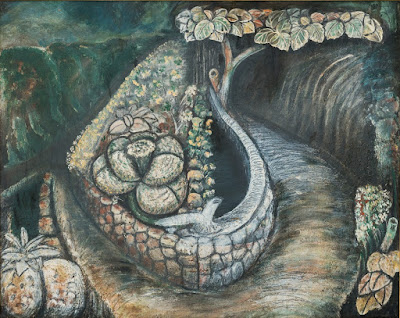 Dunkley was actually quite successful. His paintings were collected by elite Jamaicans who wanted something authentically black and anti-colonial. Politically Dunkley was a pan-Africanist and an admirer of Marcus Garvey. (Panama Scenery) 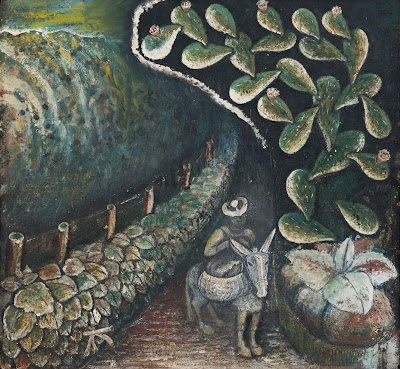 R and S Going to Market. 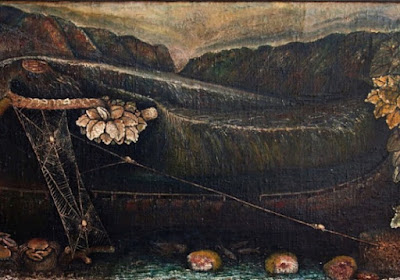 Spider's Web. I wonder if the strange lighting -- the current exhibit is called Neither Day nor Night -- relates to dreams or visions. It's certainly very striking. 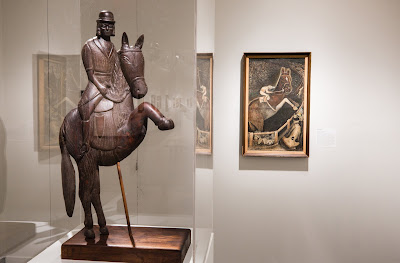 View of this exhibition, showing one of his sculptures.
Posted by John at 8:33 AM